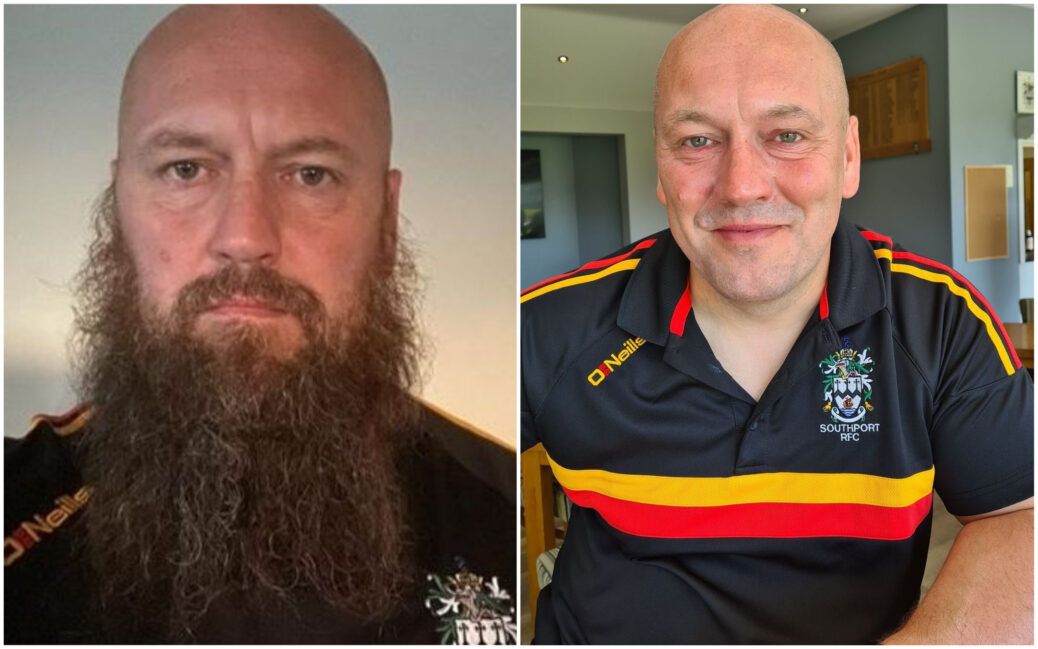 A rugby coach who has been growing his beard for over a year after pledging he wouldn’t get it cut until the Covid-19 pandemic was over has finally had it shaved off – to raise money for Queenscourt Hospice.

Alex Fusco, an under-15s coach at Southport Rugby Football Club, has already raised hundreds of pounds for the charity thanks to his efforts.

Now he is asking people to be generous and support his appeal.

He braved the shave in front of a live audience at the rugby club, on Waterloo Road, on Saturday, 29th May.

The Master Barbers, on Lord Street in Southport, were there on the day to do the honours.

Alex said: “At the start of the first lockdown I decided that I wouldn’t shave until it was finished.

“As the pandemic continued I continued to avoid shaving and now with normality in sight my friends and family insist the beard must go.

“I have grown attached to it however I pledged that should we raise our target amount by Saturday 29th May, for Queenscourt Hospice I was prepared to have it off.

“This is for a great local charity and I appreciate your support.” 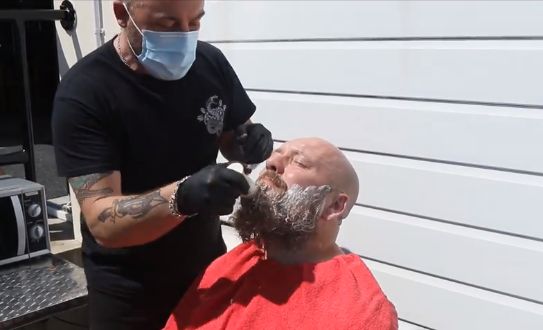 Elise Fusco said: “My Dad’s been growing his beard during lockdown (over a year) and he said at the end of lockdown he’d shave it all off.

“So now we’re nearly there he’s decided to try and raise some money during the process!

“He even did it with a live audience at Southport Rugby Club.

“So please share, donate and raise awareness for his chosen charity, Queenscourt Hospice!

“It’s an amazing charity run hospice that would appreciate any donation. Thank you to anyone who donates or shares.”