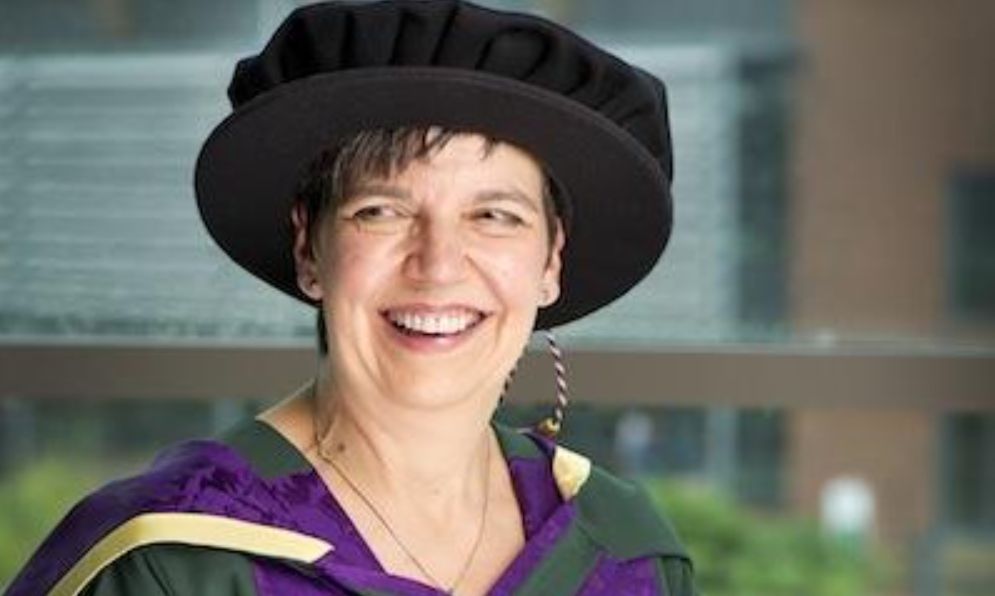 The work of Queenscourt has touched the lives of thousands of patients and their families across Southport, West Lancashire and Formby, and as hospice founder Dr Karen Groves MBE is retiring this year, it makes her a very deserving choice to be honoured as a true Community Hero, and to open the Southport Flower Show 2022.

After qualifying as a medical doctor from Liverpool University in 1979, Dr Groves first identified the need for better end of life care after experiencing two particularly traumatic deaths in young women.

She went on to work as a GP in the Southport area for over 12 years and it was during this time that she and her sister Sarah, a nurse, sought advice from Dame Cicely Saunders, founder of the hospice movement in London.

On their return they inspired a small group of people to begin fundraising and after much hard work, planning permission for Queenscourt Hospice was granted in December 1988.

Mayor Cllr Maureen Fearn cut the first turf on March 14th, 1990 and planted a copper beech tree which still grows to the left of the entrance to what is now the Terence Burgess Education Centre.

The Hospice building was handed over on March 1st, 1991 and the next two months were spent fitting it out ready for occupation.

Queenscourt opened its Day Therapy and five inpatient beds on June 1st 1991 and later that year increased to a 10-bed ward.

The following year, Diana Princess of Wales officially opened Queenscourt. Dr Groves had been a volunteer doctor at the hospice for five years, while still working full time as a GP, until she was appointed as Medical Officer in 1995.

In 1996, she became the first local consultant in Palliative Medicine; in 2012, Dr Groves was awarded an honorary degree from Edge Hill University and in 2014 received an MBE for Services to Palliative Care.

Southport Flower Show, sponsored by Home Bargains, is getting ready for a blooming brilliant return this August (18th – 21st) as well-known guests to action-packed displays and fun activities are lined up for all the family.  Early bird tickets are still on sale as the show comes back from a two-year break with something for everyone to enjoy. For more information and to buy tickets visit www.southportflowershow.co.uk.

Would you like to support the work of Queenscourt Hospice? For £1 a week you can sign up to the weekly Queenscourt Lottery here, with the chance to win prizes of up to £1,500 each week. You must be 18 or over to play. Please be Gamble Aware.