New bull statue to be installed outside new steakhouse in Ainsdale 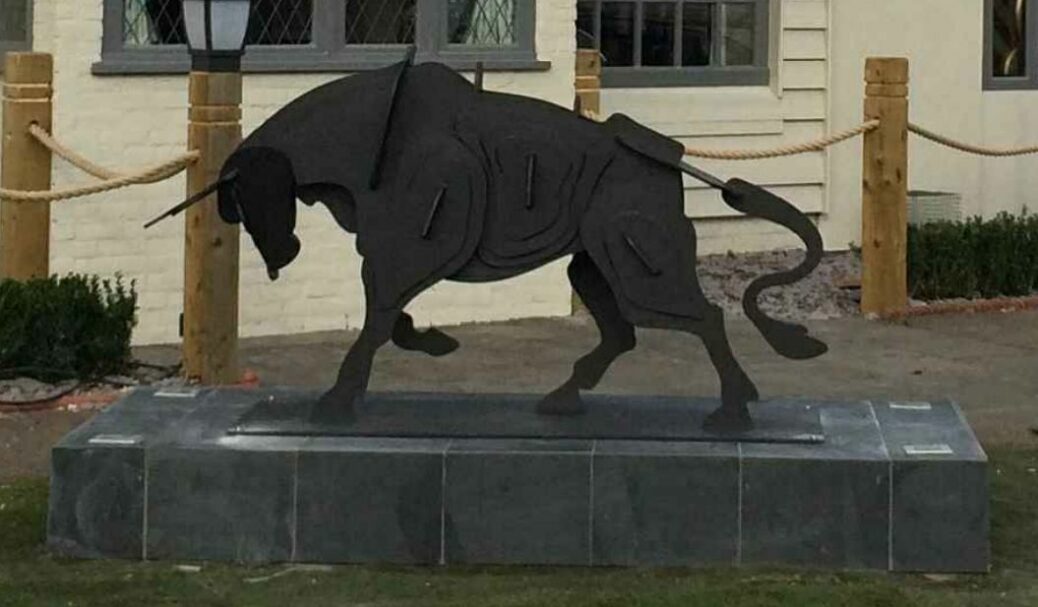 A new bull statue could be installed outside a new steakhouse being planned for Southport.

A planning application has been submitted for the metal bull to take pride of place outside the new Miller and Carter Steakhouse which is due to open on the site of the Toby Carvery at 537 Liverpool Road in Ainsdale. It would be the first Miller and Carter restaurant to open in Southport.

The bull would be placed on top of a concrete slab plinth, with LED spotlight bulbs shining on it.

The scheme would involve ‘a major refurbishment and conversion project’ that would ‘promote new life’ for diners, staff and the local economy.

It would include providing new glazed windows where the Toby feature bay windows are being removed, some external alterations, ‘jumbrellas’ to keep outside diners dry, new fences, a new bull statue, and replacement doors and glazing to the entrance lobby.

Other works would include the complete internal refurbishment to reflect the Miller and Carter brand characteristics including a completely new kitchen, and the refit of the venue’s “outdated toilets”.

It would also see the replacement of old halogen floodlights with new LED lights; the removal of two fireplaces; the removal of raised floors to improve wheelchair access; decorative wall lights in the patio and entrance area; and the provision of four additional car parking spaces.

A planning application, submitted by the Design Coalition to Sefton Council, said: “These works form part of a major refurbishment and conversion project that is being undertaken to transform the existing Toby Carvery restaurant into a Miller and Carter Steakhouse, both brands being nationally recognised restaurant groups operated by Mitchells and Butlers PLC.

“It is hoped that the re-branding and refurbishment of the premises will promote new life into the restaurant to the benefit of the staff, customers and the local economy.”

Toby Carvery in Ainsdale in Southport

Miller and Carter is famous for the quality of its steaks, and is proud to have been awarded ‘The Masters of Steak’ from the Craft Guild of Chefs.

It is owned by Mitchells & Butlers, which runs many of the UK’s most famous restaurant and pub brands, including All Bar One, Toby Carvery, Harvester and Browns, as well as some of its most beautiful and iconic pubs.

It promotes itself as ‘the leading restaurant and pub company in the UK’, with over 1,700 businesses.