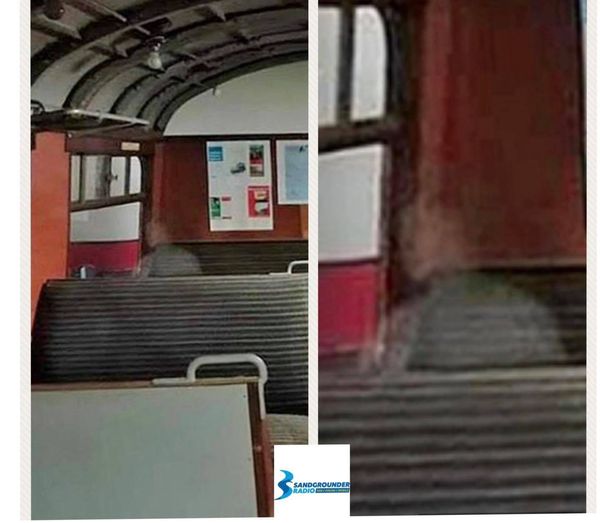 Mystery surrounds a spooky picture taken on board an old train which used to travel on the line between Southport and Liverpool.

Look closely and you can make out what looks like the figure of a passenger on a carriage which is currently undergoing restoration work.

What do you think?

It was sent to Sandgrounder Radio in Southport by Paul Gorton of the Friends of the 502 Group.

The volunteers are currently well underway with restoring the only surviving Class 502 train that used to work between Southport and Liverpool. This one in particular was the last electric train to use the Southport to Crossens line before it closed in 1964.

Paul assures us that he was alone in the warehouse in Burscough where the train is stored and no-one else was on the train whilst he was taking pictures documenting the progress of the restoration.

This is one single picture (the right hand image is a zoomed in version). It hasn’t been digitally edited just taken straight from the camera.

What can you see?

Is this the ghostly image of one of the thousands of passengers that will have travelled on this particular train over the years or is there probably more of a scientific explanation?

If you have any more Halloween or haunted stories from the Southport area, please get in touch.