Meet the dancing Southport grandparents who gained over 400,000 TikTok followers 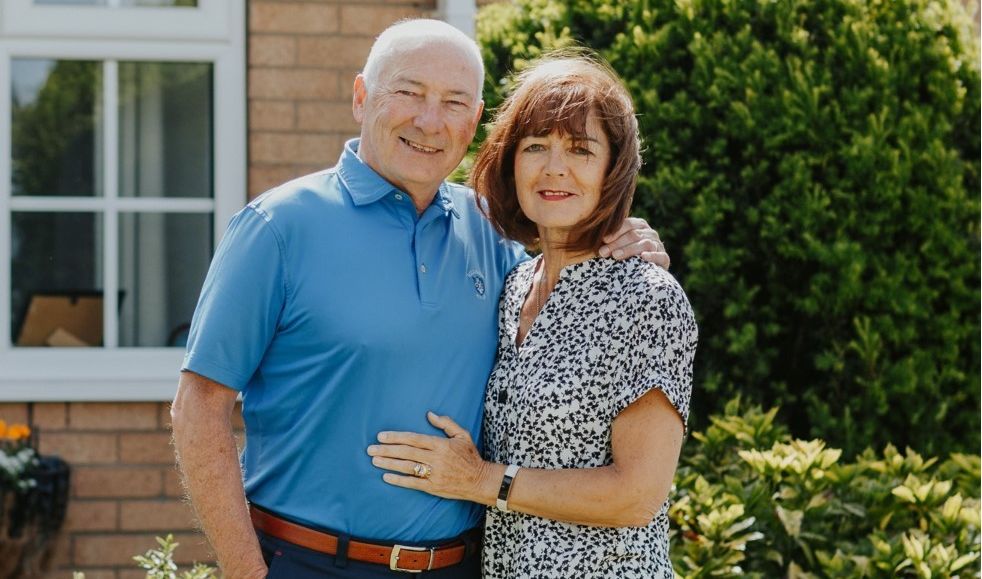 A Southport couple who can’t stop dancing have built over 400,000 TikTok followers over the last year, reaching 15.68 million views on a recent video.

Grandparents Joan and Jimmy O’Shaughnessy created their TikTok account during the first Covid-19 lockdown in 2020 after seeing a friend post a TikTok dancing video on Facebook.

After seeing the video, Joan believed herself and Jimmy could do the dance, so joined the platform to do so.

Their first video went well so they decided to make another, and it carried on from there. Their TikTok name is twojays2.

The Churchtown couple, who have been together for 47 years, are no strangers to dancing with over 20 years of dance lessons. They saw TikTok as a way to carry on dancing throughout the first lockdown.

Joan and Jimmy, who have two sons and a grandson, currently have 400,100 followers on TikTok, which has grown from 100,000 in October.

After their recent video went viral, they gained 36,000 followers in just one day.

Jimmy, 68, said: ‘‘We’ve been astonished by the amount of interest that there has been from all over the world, it’s been crazy.

‘‘We have followers from Nepal, Indonesia, Russia and Germany; just sort of all over the world.’

‘‘It is definitely about positivity; if we lighten a little bit of the lives of the people who follow us, then great, we’re thankful for it.’’

‘‘If someone asks a question, I’ll answer it, that’s one of the things I try to do – I think if people have been through the trouble of commenting then it’s only fair to try and read the comments.

‘‘But when you get something like 25,000 comments like our recent video, I can’t reply to them all!

‘‘We are grateful for their support and encouragement; you get a lot of the same people who come on our videos and leave us a message and we are very grateful for that.’’

Southport grandparents Joan and Jimmy O’Shaughnessy have gained over 400,000 followers and millions of views on TikTok. They are pictured here in 1970

Dance has always had a special place in Joan and Jimmy’s life after they met in Liverpool in 1970, where they grew up.

They met in a nightclub in Liverpool, the Mardi Gras, when Joan was 16 and Jimmy was 17. Joan said: ‘‘I liked the fact that he could dance you see; I could tell he had rhythm and that was one of the things that attracted me to him.’’

Jimmy said: ‘‘I tell you a bloke couldn’t cop off with a girl unless he could dance, a girl used to turn her shoulders away if he went on the floor and started dancing with her.

‘‘So, me and my mate would practice some of the latest dances before we’d go out.’’

After marrying in 1973, Joan and Jimmy moved to Southport.

Joan worked in what was the Midland Bank Computer Centre in Bootle, whilst Jimmy was a Senior Manager at British Aerospace in Preston.

The couple started dance lessons when they were in their 40s, as due to Jimmy’s job they used to get invited to Mayor’s Balls around the area.

Joan said: ‘‘We’d go and think ‘oh I wish we could dance’ because they were all doing quicksteps and waltzes kind of things.

‘‘We started ballroom dancing – I thought ‘we’ll go for six weeks or so’, but dance isn’t like that; you’re always learning so we carried on going.’’

Joan and Jimmy went on to learn sequence dance which they did every week until the first lockdown, even dancing in a formation team and dancing at Blackpool in the Winter Gardens.

Although they created their TikTok account in the first lockdown, they are still creating around three videos a week.

Jimmy said: ‘During that first lockdown I was ready to return to golf.

‘‘I actually did a video where I said I was going back to golf; I picked up a golf club and swung it thinking that’s me done, back to golf.

“But then we’d get comments saying, ‘you’re not stopping dancing, are you?’ so we just carried on.’’ 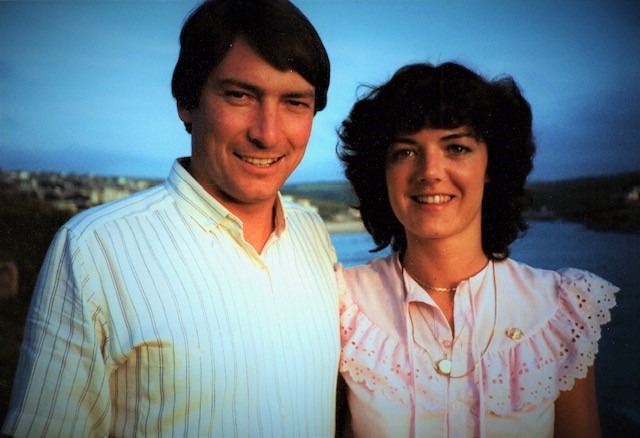 Southport grandparents Joan and Jimmy O’Shaughnessy have gained over 400,000 followers and millions of views on TikTok. They are pictured here in 1980.

Each video takes the couple around on average around two hours to learn and perfect. Joan said: ‘‘We just keep practicing until we’re happy with it.

‘‘I quite like editing and messing about with things, but loads of people say ‘how do you do that?’ and ‘how do you edit it?’ so you’ve got to be able to do that side of it as well.’’

Joan and Jimmy’s growing TikTok platform has also resulted in many opportunities for the couple. They have been featured on ITV News, Jimmy and his son Jonathan appeared on the game show, Lingo, while the couple have been asked to dance to music by Tinie Tempah, Charlie Wilson and various other artists.

The couple are going to carry on making TikTok videos after lockdown in order to continue doing what they enjoy, dancing, and to spread positivity.

Joan said: ‘‘I always use hashtag #love and #positivity. People say that the positivity comes through on our videos and that’s what we’re aiming for.

‘‘We’re grateful for their support and encouragement. You get a lot of the same people who come on our videos and leave us a message, we are very grateful for all that.’’

Jimmy said: ‘‘It’s humbling, here we are in our home in Southport doing something in whatever room we’re in, people like to say they know all the rooms in our house that we’ve danced in and our garden.

‘‘It’s just absolutely astonishing the positivity that comes back, it encourages us to keep going whilst we’re getting that level of response, and people saying, ‘please don’t stop’ and to protect us at all costs.

‘‘It actually sort of gives you the opportunity to get your brain working, being active and having to think about things.

‘‘That’s what dance is good for – I would say that to a lot of people who have considered doing any dancing, no matter what age.’’