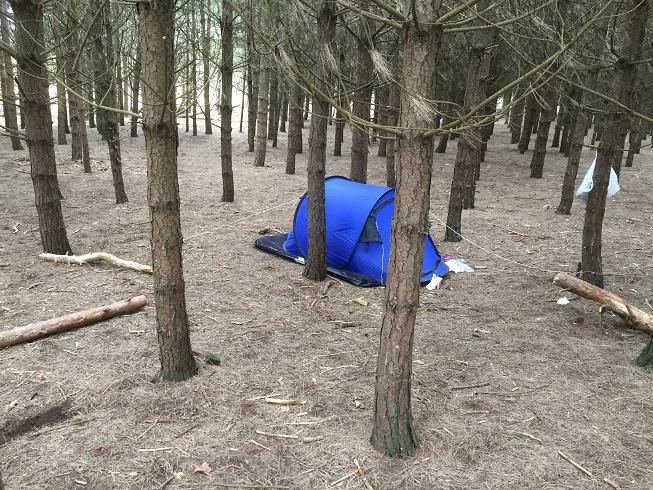 People are being urged against camping and lighting BBQs along the Sefton coastline.

Police have taken action after they discovered two people who had pitched their tent near Formby Beach, and then refused to leave.

A Merseyside Police Wildlife, Rural & Heritage Crime Unit spokesperson said: “Two suspects have been processed by the Police for illegally camping, littering and trying to BBQ in the woodlands on the Formby National Trust Site after ignoring a direction to leave by the Rangers.

“We would like to remind the public that Sefton coast is a site of special scientific interest and there is a real danger of forest and sand dune fires, as illustrated in Crosby last week.

“The Animal Wildlife Act and local Bye laws prohibit these activities in order to protect our coastline for our community and future generations while preserving rare and protected wildlife, flora and fauna.”

Merseyside Police officers issued their warning after Fire tore through the dunes at Crosby Beach on the evening of Sunday, 7 March.

Police were called to Mariners Road just before 7pm to reports of “several large fires had been lit in the sand dunes on the beach”.

Charred craters were left on dunes, which were left blackened in areas where the fire took hold.

The fire-ravaged dunes were in stark contrast to the neighbouring green surroundings of the beach.