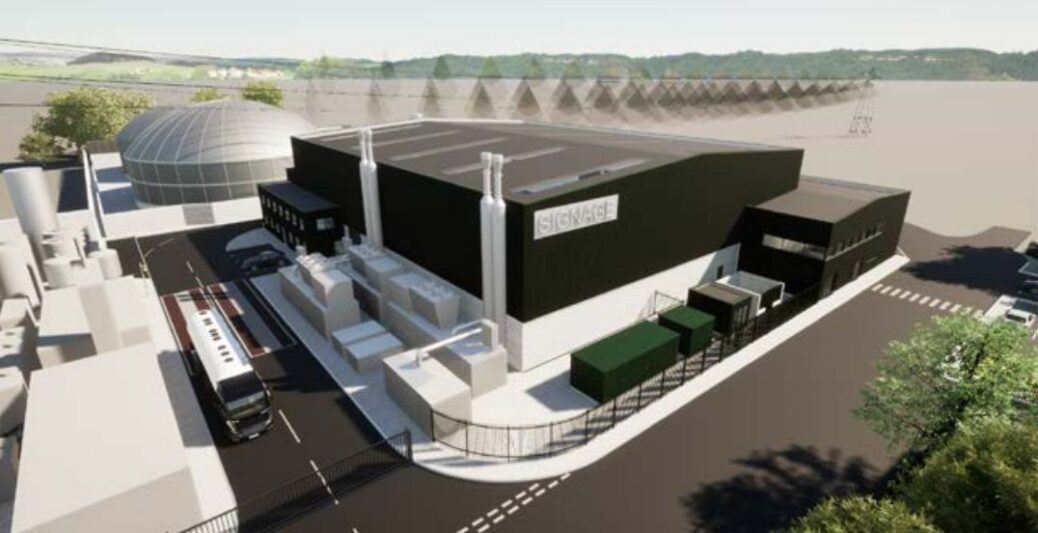 These images show how a new Energy Recovery Park planned to be built in Southport would look.

When built, the new facility aims to create enough clean energy to power 20% of the homes in Southport.

It is due to be built on a 1.3 hectare site on Crowland Street in High Park in Southport, on land currently occupied by Southport Skip Hire, a successful local business which has been operating on the land for the past 30 years.

Southport Skip Hire would continue to operate from part of the site.

A planning application for the plans has now been submitted to Sefton Council.

A Planning Statement has been prepared by Wardell Armstrong LLP on behalf of Shankley Biogas Ltd, with the aim of creating an anaerobic digestion (AD) facility with waste sorting and recovery operations.

It would turn waste into power without the emission of toxic fumes by using a proven, leading-edge ‘syngas’ technology, developed by EQTEC.

Once built, it would be one of just three sites in the United Kingdom using EQTEC’s unique ‘cleantech’, with the others located in Teesside and in Flintshire, Wales.

The planning application calls for:

The application says: “The proposed development is within the Southport Skip Hire business, operating at 55 Crowland Street and the skip hire business would continue to operate within the site. 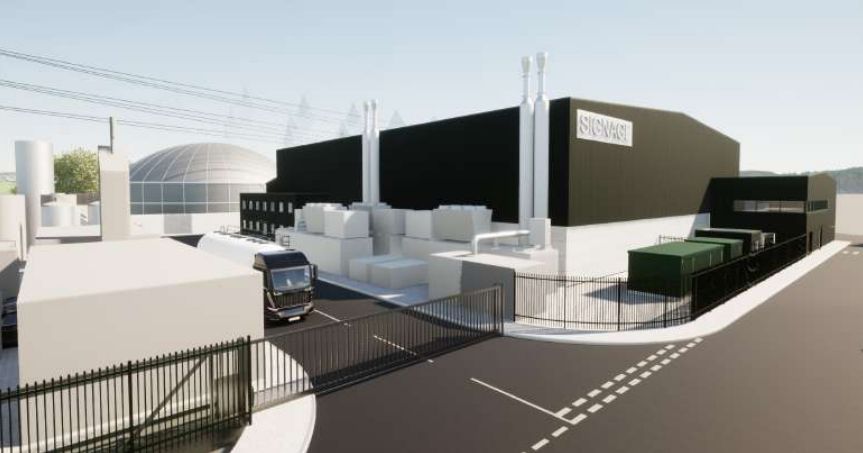 Plans have been submitted for an Energy Recovery Park on Crowland Street in Southport. A digital model of the development proposal (DAY Architecture)

“The site is currently used by Southport Skip Hire Ltd providing hire of skips and separation / recycling of industrial waste for transfer. The business has provided services to Southport and the surrounding area for more than 30 years. The site currently receives, separates, bulks and transfers mixed waste primarily from commercial and industrial clients, but also limited amounts of municipal waste under local authority waste contracts.

“The current site operates within a permit to manage 100,000 tonnes of waste per year, with a variety of vehicle traffic (eg heavy goods vehicles (HGVs), lorries, trucks, vans and cars) accessing the site on a daily basis. Access to the site is gained from Crowland Street.

Plans have been submitted for an Energy Recovery Park on Crowland Street in Southport. A digital model of the development proposal (DAY Architecture)

“The OFMSW would be sorted and separated into organic fines (suitable for bio-digestion by AD), combustible, non-organic, fraction prepared as a Refuse Derived Fuel (RDF) and recovered non-combustible fraction (grit, glass etc, residual to be landfilled).

“The organic fines would be separated and processed using hydro mechanical separation and preparation and a multi-stage AD waste recycling plant, producing biogas that would be cleaned and injected to the gas grid, located to the south of Crowland Street.

“The proposed development would supply a renewable energy source to be used in meeting local electricity and heating demands.

“The existing site operations would continue to function alongside and in conjunction with the proposed development on land to the north east of the site.

“The increased intensity of the site also means that the proposed development would generate up to 40 additional local job opportunities, over two shifts, further benefiting the community in addition to the renewable energy supply.”

The UK Government is aiming to implement a Green Gas Support Scheme (GGSS). The GGSS would provide tariff support for biomethane produced via anaerobic digestion and injected into the gas grid.

The UK Government also announced that it would carry out and publish a review of policies to support bio-waste recycling through AD and composting to ensure that the UK can maximise the benefits of these treatment options.