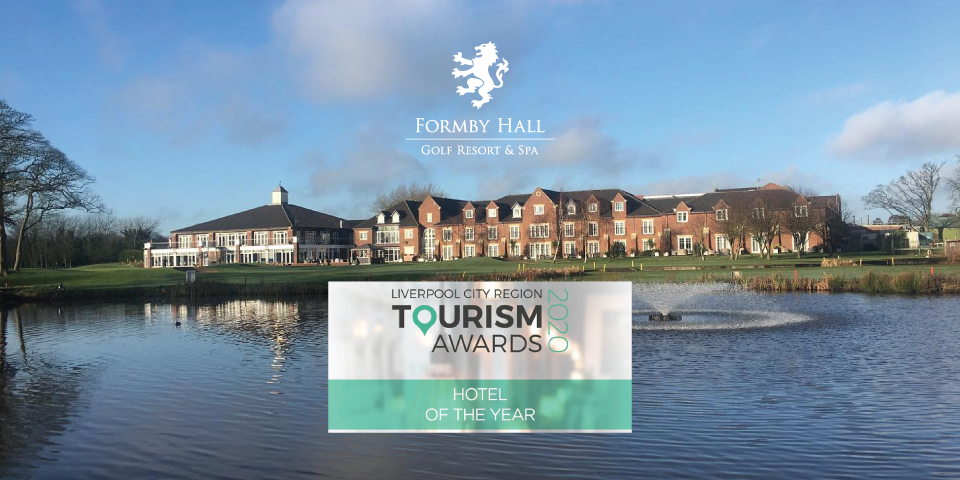 The best hotel in the Liverpool City Region says it can’t wait to reopen their doors to customers again.

The stylish venue, on Southport Old Road, beat tough competition from competitors across Merseyside to take this year’s top award.

They said: “It is a huge honour and achievement for Formby Hall Golf Resort & Spa to be announced Hotel of the Year – Liverpool City Region Tourism Awards 2020.

“It would not have been possible without our amazing team and their ongoing hard work, passion and commitment to the industry. We would also like to thank all of our members and guests for their continued support.

“After a challenging year for us all, this achievement has lifted many spirits and made us more excited than ever to reopen our doors and get back to doing what we love best.”

Runners-up in the prestigious industry awards included Bliss Hotel on The Promenade in Southport.

They Tweeted: “Congratulations to Formby Hall, well deserved guys (watch out next year though…)!

“Whilst we didn’t win we’d like to say a massive thanks for being nominated, to our visitors and most importantly our staff we would like to thank you for your continued support.

“To all the other hotels nominated within the category, whilst we didn’t win, let’s hold up our glasses and be proud of our achievements both this year and previous.

Other hotels in the region which were nominated were all from Liverpool: the Hilton; Hotel Indigo; Malmaison; Seel Street Hotel by EPIC; and the Titanic Hotel.

The Stamford Guesthouse on Bath Street in Southport town centre was runner-up in B&B and Guest House of the Year Award, which was narrowly won by Mere Brook House in Wirral.

This stylish 11-room guest house provides gorgeous boutique accommodation and says: “We’re proud to fly the flag for Southport and for the great British seaside.”

“It has been a difficult year for the town’s accommodation providers but we have all been working hard to improve our offering.

“It is good that this has been recognised by the Liverpool City Region.”

The Kings Gardens Tea Room in Southport was a finalist in the Best Cafe / Bistro category.

The first ever virtual Liverpool City Region Tourism Awards was live streamed and was excellently hosted by Jay Hynd from The Guide Liverpool.

Peter Sandman, Head of Visitor Economy for Growth Platform – Liverpool City Region Growth Company, said: “For 2020 especially, it is vital that we acknowledge and congratulate not just the winners but the sector right across the region. During this unprecedented time we need to show support, solidarity and strength – and these awards are the perfect platform to come together and celebrate as a tourism community.”