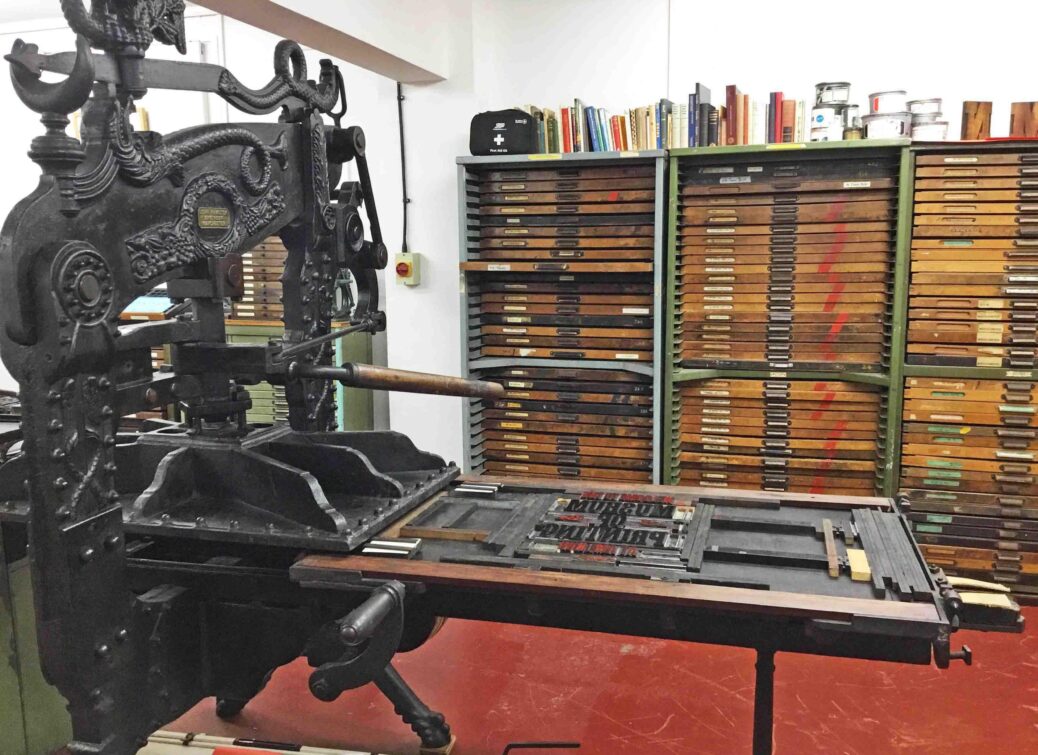 A rare former Southport Visiter printing press which is nearly 200 years old is alive and well – and still being used for printing today!

It was then situated in the former Liverpool ECHO offices on Old Hall Street in Liverpool.

But when the newspaper decided to relocate to smaller new premises, local printing enthusiast and antiques expert Ken Burnley stepped in to give the historic machinery a new lease of life.

People can now see the printing press at work in the Merseyside Museum of Printing, which is situated within Amorini Antiques Centre in Birkenhead in Wirral.

The press dates from around 1830. It was once used to print copies of the Southport Visiter newspaper, which was first published on Saturday, 4th May, 1844.

Ken Burnley, who was a compositor at the Tinlings Print Factory on Victoria Street in Liverpool before spending 30 years as a teacher at the Liverpool College of Printing on Hope Street in Liverpool, said: “The huge Columbian iron hand-press – often called the ‘Eagle’ due to the eagle-shaped counterweight – now takes pride of place in Merseyside’s Museum of Printing within Amorini Antiques Centre at Birkenhead Woodside.

“Prior to that it stood outside the Liverpool Daily Post & Echo offices in Old Hall Street, and before that it was at The Atkinson, having previously been used at the Southport Visiter.

“About five years ago, having heard that the press was being considered for disposal as the Liverpool Post & Echo offices were planning to move out of the building, I started a long and dedicated mission to have the press relocated within the Merseyside region for posterity and safe-keeping.

“At that time I was running a small letterpress studio, Juniper Press, in Liverpool Bluecoat, but the Columbian was too big for the studio.

“However, about three years ago, we were offered space within Amorini Antiques Centre, and we were then able to assume responsibility for moving the press to its present location.

“When I saw this press in the old Liverpool Echo offices on Old Hall Street in Liverpool I never dreamt that one day I would have the privilege to be using it while standing in this lovely building. 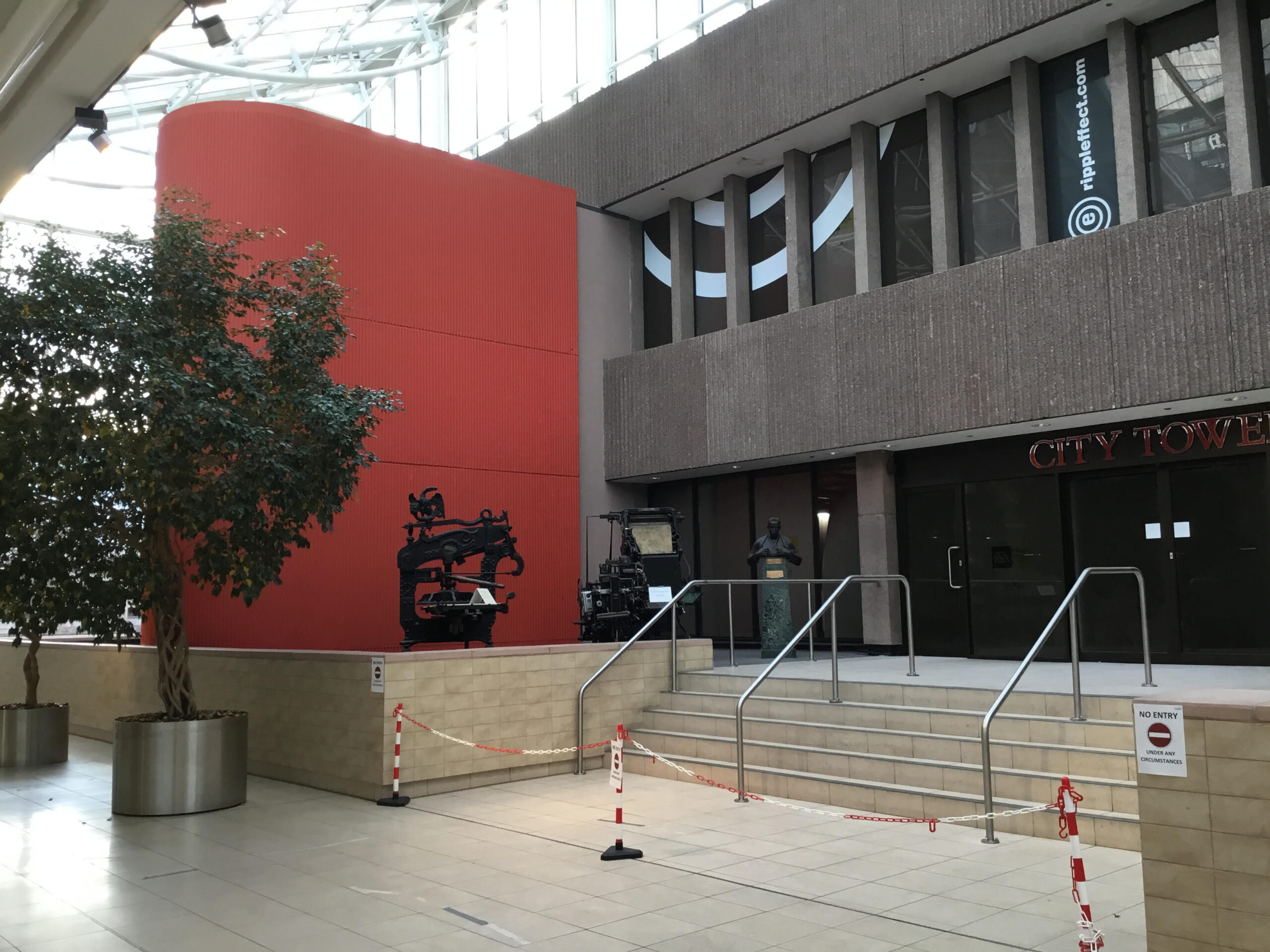 An historic former Southport Visiter printing press now tasks pride of place at the Merseyside Museum of Printing, which is situated within Amorini Antiques Centre in Birkenhead in Wirral. It is pictured here in the former Liverpool Echo office on Old Hall Street in Liverpool

“The Columbian is the centrepiece of the museum – people walk in and say ‘Wow!’ It’s not only a thing of great beauty, it still works!

“I spent much labour and a considerable amount of money in relocating and restoring it to its present excellent condition – all well worth the effort, for we use it regularly for printing and training.

“The press dates back to about 1830 and is the largest Columbian made, with very few remaining today.”

Amorini Antiques and Craft Emporium and Museum of Printing in Birkenhead has three floors and ten rooms crammed full of antiques, collectables and locally produced paintings and craft items.

The Emporium is home to the Museum of Printing with its wonderful display of traditional letterpress printing equipment.