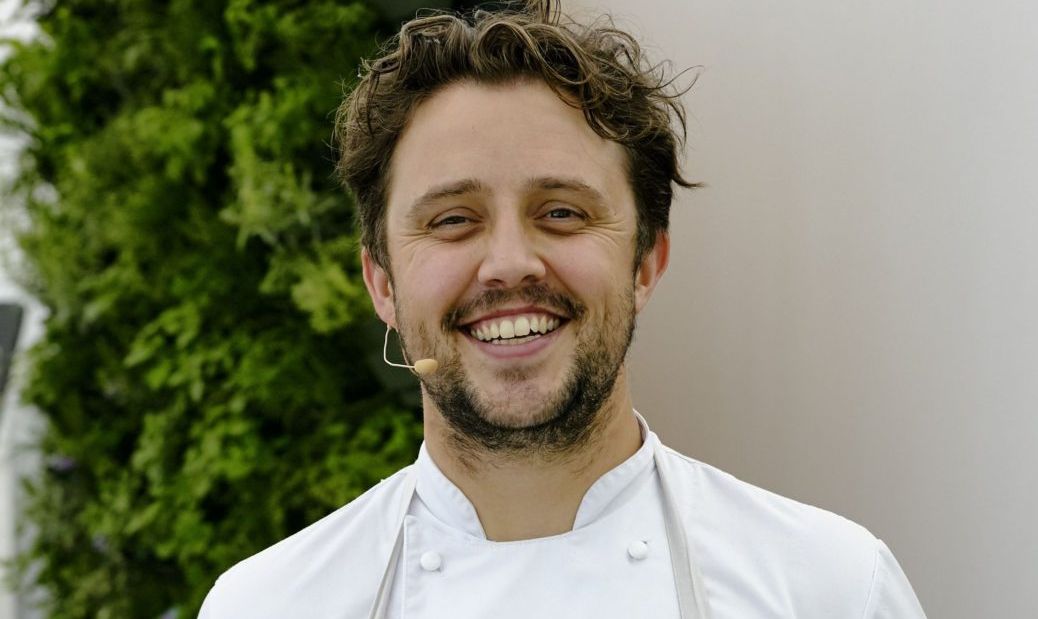 Ellis, already a firm favourite at the event, will join other big names including The Hairy Bikers at the Southport Flower Show which takes place at Victoria Park in Southport from Thursday 18th August to Sunday 21st August 2022.

It is a much-anticipated return for the UK’s largest independent flower show, which has not been able to take place since 2019 due to the Covid pandemic.

The Great British Menu finalist and owner of award winning restaurant The Marram Grass will be passing on his culinary tips and cooking live in the Cookery Theatre at 1pm and 3pm, sponsored by Home Bargains.

His restaurant in Liverpool’s Royal Albert Dock Lerpwl is set in a relaxed and sociable setting. It prides itself on supporting responsible local agriculture and sustainably sourced seafood.

People can buy their Early Bird Tickets for £22 before midnight on 21st February and go into a prize draw to win lunch for two and cocktails at Lerpwl thanks to Ellis.

He began his culinary journey attending junior cooking courses in a local community college in Liverpool. In 2005, aged 15, he started at the city’s 2 AA Rosette Radisson Blue Filini under Chris Marshall whom he followed to Panoramic 34 also in Liverpool.

After a stint in Australia, Ellis joined his family in their newly located home in Anglesey, Wales. He quickly transformed an old chicken shed on the Anglesey coast into one of the most talked about restaurants in Wales. In 2013 the Marram Grass won Best Bistro/Brasserie of the Year at the Anglesey Tourism Awards and attracted the attention of the Good Food Guide. Ellis himself picked up an Acorn award from the Caterer as one of the most promising figures under 30 in hospitality.

The Hairy Bikers will also be cooking in the Cookery Theatre at Southport Flower Show this year. The theatre is where celebrity chefs demonstrate their skills and showcase their signature dishes. The Show has been lucky to have Simon Rimmer, Ainsley Harriott and Jean-Christophe Novelli entertain visitors over the years.

Once you’ve got your inspiration, head to the bustling Food Village where you can sample and buy produce from over 50 independent producers.

Early Bird Tickets for Southport Flower Show can be purchased for £22 until 21st February 2022. This is a £5 saving per ticket compared to the gate price of £27. Children under 16 go free with a paying adult.

Southport residents with a PR8 or PR9 postcode can buy tickets for only £18 each from the Flower Show office at Victoria Park or at The Atkinson, Lord Street. Proof of residency required.

Tickets are also available from the Box Office at The Atkinson on Lord Street in Southport.