An Everton FC legend has shown his support for a 24 hour cycle fundraiser taking place this weekend.

He called in to give his backing to members of Formby Velo, who this weekend will be completing as they can in 24 hours to raise money in memory of a much-loved Dad-of-two and police inspector who died in a devastating bike accident.

Merseyside Police officer Graeme Rooney, 51, was cycling in Altcar, near Formby, when he was involved in a collision with a van in June 2020. Sadly he died shortly after arriving at Aintree Hospital.

He was a popular member of local club Formby Velo.

His great friends and fellow club members will begin their Ride4Graeme challenge at 12pm this Saturday (29th May) and hope to clock up as many miles – and money raised for charity – as they can by the end of the ride at 12pm this Sunday (30th May).

So far, generous wellwishers have raised nearly £5,000 in Graeme’s memory.

Graeme was a passionate Everton fan, so his friends will be raising money for Everton in the Community, a wonderful charity that was close to his heart.

So far they have raised over £4,000, with people urged to donate all they can.

Merseyside Police Chief Constable, Serena Kennedy said: “Graeme was a brilliant family-man, police officer, and friend, and is greatly missed every day by his colleagues at Merseyside Police.
“He served the communities of Merseyside as an officer for 27 years, and was a true professional who was respected by the public and his colleagues alike.
“Graeme was a keen cyclist and Everton supporter, and I couldn’t think of a more fitting tribute to him than the Ride4Graeme challenge this weekend, which will raise money for the fantastic charity ‘Everton in the Community’.
“I am incredibly proud of our officers taking part to commemorate Graeme, and I wish everyone taking part the best of luck.”

Formby Velo said: “Twelve months ago, on 2nd June 2020, Graeme Rooney died in a tragic accident whilst out riding his bike with his club Formby Velo.

“Graeme was many things to many people – not least a loving dad, son and husband – and to us he was simply a top bloke and one of the lads.

“Graeme loved his long endurance rides and in his day had ridden solo to Paris as well as completing the Tommy Godwin challenge of over 200 miles in a single day.

“We wanted to celebrate Graeme and his riding by taking on our own endurance challenge as a club – Collectively Ride As Many Miles As We Can In 24 Hours. 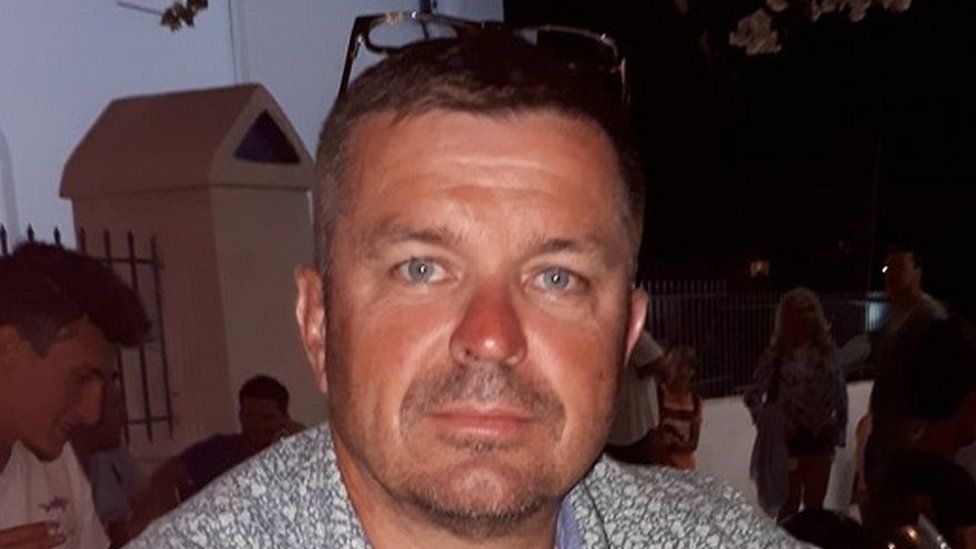 “This is not just about a few doing a lot, it’s about everyone in the club and the wider cycling community riding as many miles as they want in memory of Graeme. We expect some riders to go over the 100 mile mark and there is even the possibility of a few exceeding 300 miles in the 24 hour period! It’s not a race, it’s about everyone riding as many miles as they wish in memory of a great bloke and fellow cyclist.

“We plan to start at 12pm on Saturday 29th May and finish at 12pm on Sunday 30th May. We will ride a loop of 30 miles at approximately two hour intervals and would encourage any cyclists who want to join us to feel free to do so.

“The final lap will begin at 10am on Sunday 30th. It will be steadily paced and we would love as many people as possible to join us on that final lap. Those who have done the 22 hours before will need all the encouragement they can get!”

The meeting point and start point for each lap and for the 10am Sunday 30th May final lap is Formby MOT, 107 Altcar Road, Formby, L37 8DL

Formby Velo said: “Graeme was a long serving police officer and part of the community liaison with both Everton and Liverpool football clubs. He was a big Blue though!

“We are therefore raising money for Everton in the Community, a wonderful charity that leads the way in the community which was close to Graeme’s heart.”

Paying tribute last year, former Merseyside Police Chief Constable Andy Cooke said his team was “devastated” by the loss of Mr Rooney, who had been given a Superintendent’s Commendation.

Mr Cooke said: “The phrase an officer and a gentleman… sums Graeme up perfectly”.

“He was a proud family man and a committed and professional officer who just got on with the job.”

He said Mr Rooney, who served the force for 27 years, was a “Merseyside Police officer through and through” and “loved working the football and big events”.

Mr Rooney had been an Inspector at Walton Lane police station, and his team there were “devastated”.

He said the father-of-two had received a Superintendent’s Commendation for professionalism, initiative and courage following the arrest and conviction of a man with a loaded firearm.

In a statement, his family said: “Graeme was much loved by his wife and children, extended family friends and colleagues. He will be sadly missed by all.”

Please donate to the Ride4Graeme challenge by clicking on this link.