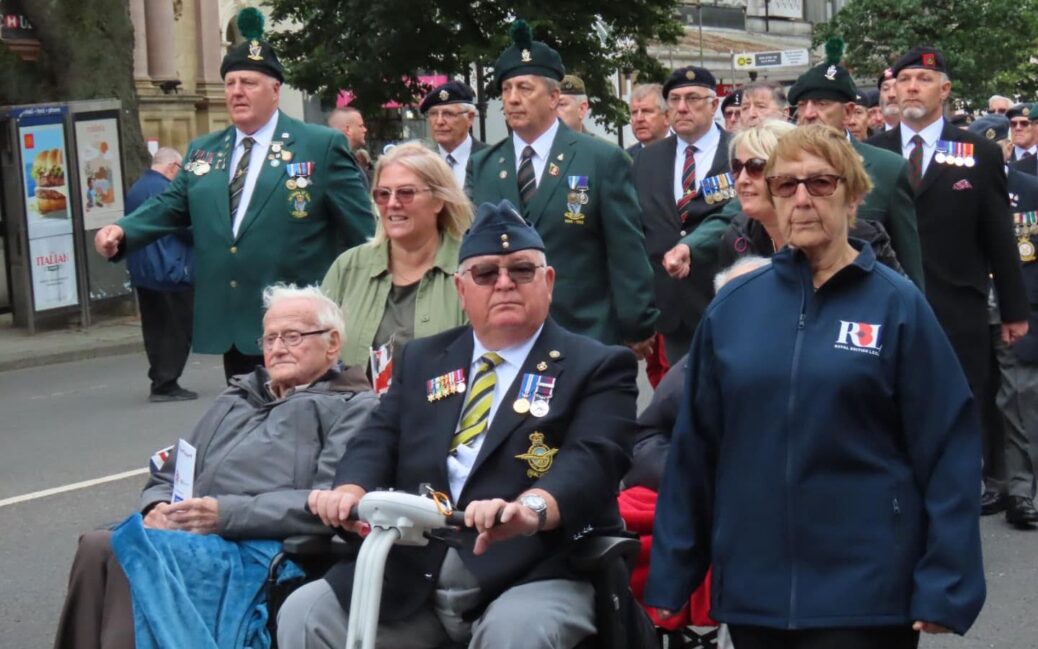 Thousands of people made their way to Southport town centre to celebrate the 2022 Armed Forces Day on Sunday (26th June).

Local Veterans from SSAFA Sefton (The Armed Forces Charity) based at RAF Woodvale held the event which included an array of historic military vehicles along Lord Street, military bands and a parade which made its way from Chapel Street, down London Street and along Lord Street. 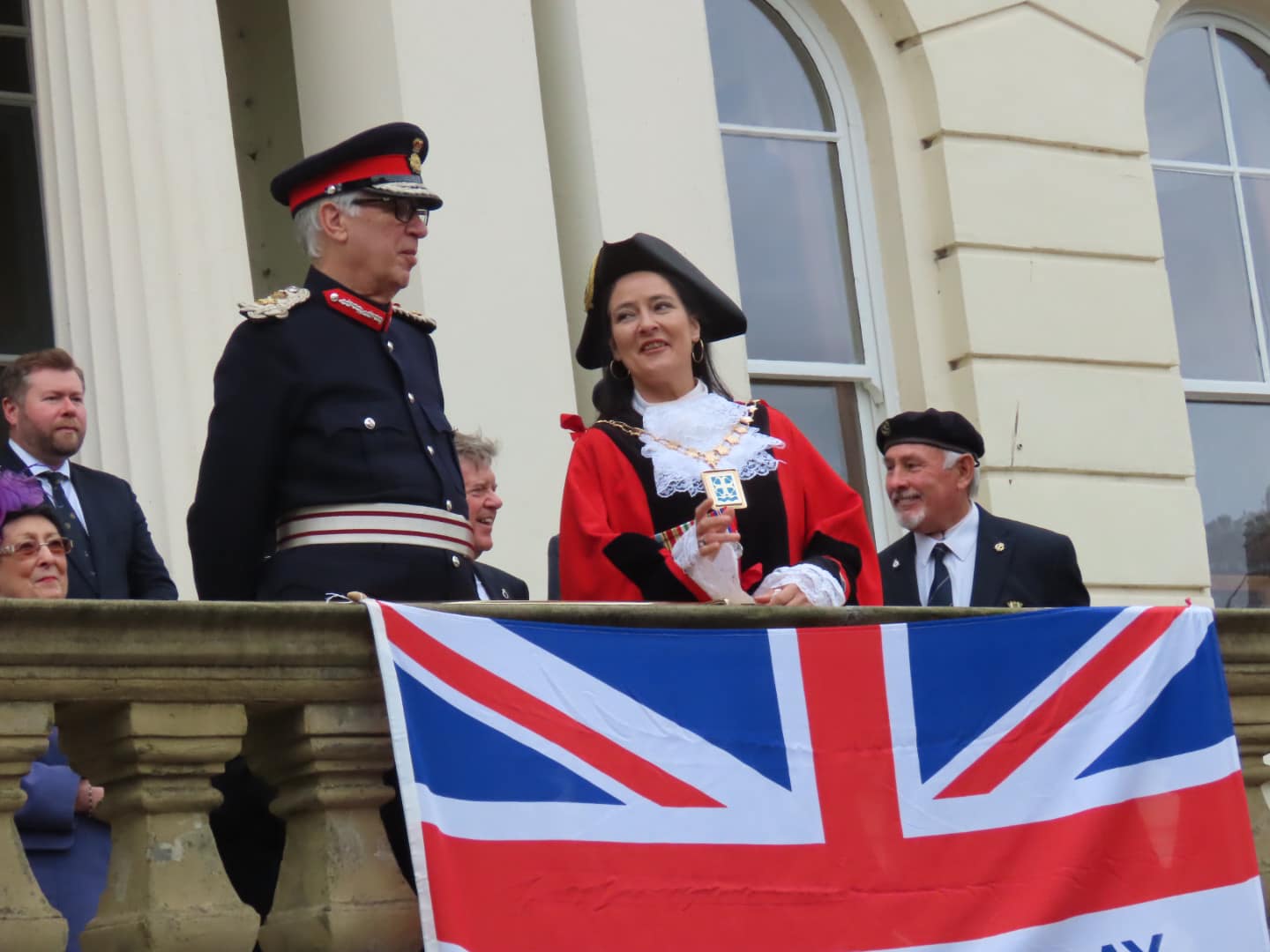 Southport MP Damien Moore said: “It was good to see another excellent Armed Forces Day in Southport that was so well attended.

“Our serving service men and women as well as veterans deserve our recognition and support for all the great work they do, and all they have given to our country.

“It was also a pleasure to meet with cadet forces and charities as well as members of the public who were there to show their support.” 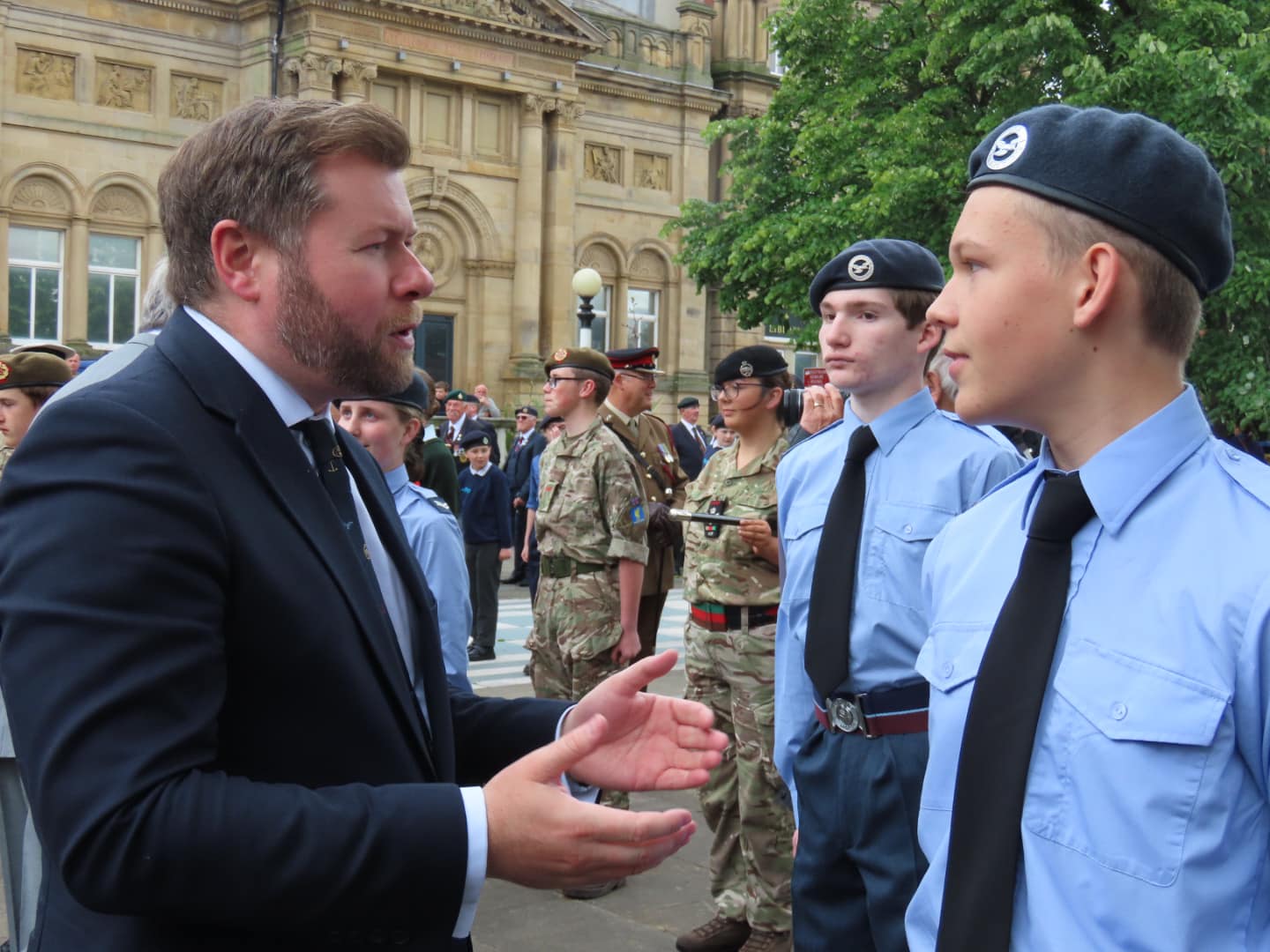 Serving Armed Forces personnel, Cadets from the Army, Royal Navy and Royal Air Force, and veterans of all eras were present at the parade.

His daughter, Carol Jamieson, said: “My Dad will be 100 in October. He really enjoyed it at Armed Forces Day in Southport.

“He was in the Royal Marines and spent a lot of time in Italy and Singapore.” 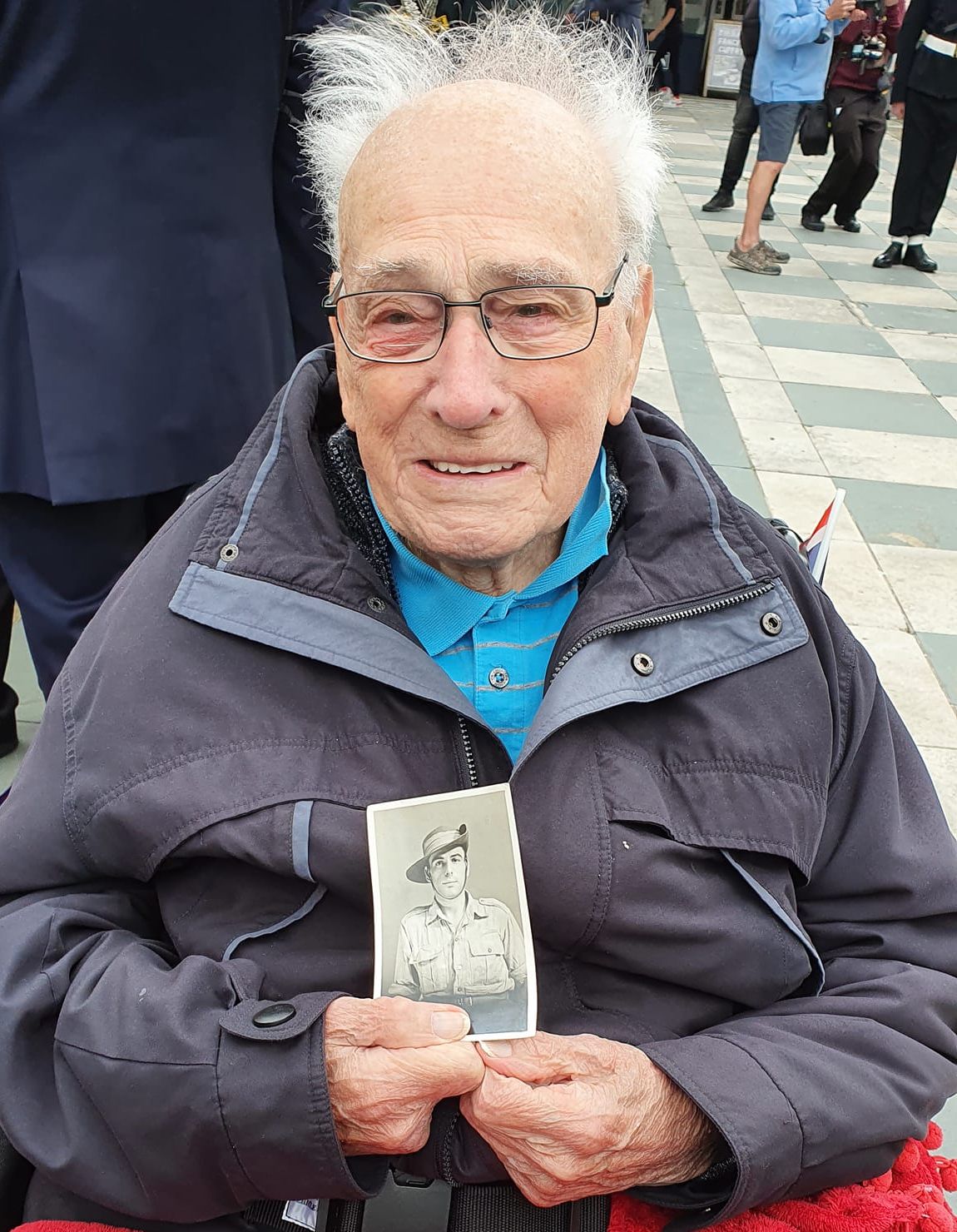 This photo of former Royal Marine Richard Howard at Southport Armed Forces Day was taken by Carol Jamieson. She said: “My Dad he will be 100, in October he really enjoyed it.” He was in the Royal Marines spent a lot of time in Italy and Singapore. This photo shows him holding a phoot of himself when he was in Singapore in 1945

Speaking on the Stand Up For Southport Facebook group, Joanne Larkman said: “Absolute respect to all our service men and women.”

Judith Saxon said: “It was a lovely service and parade.”

Information stalls were present for organisations including Southport Royal British Legion and SSAFA, while firefighters from Southport Community Fire Station were on hand to show excited children their fire engine. 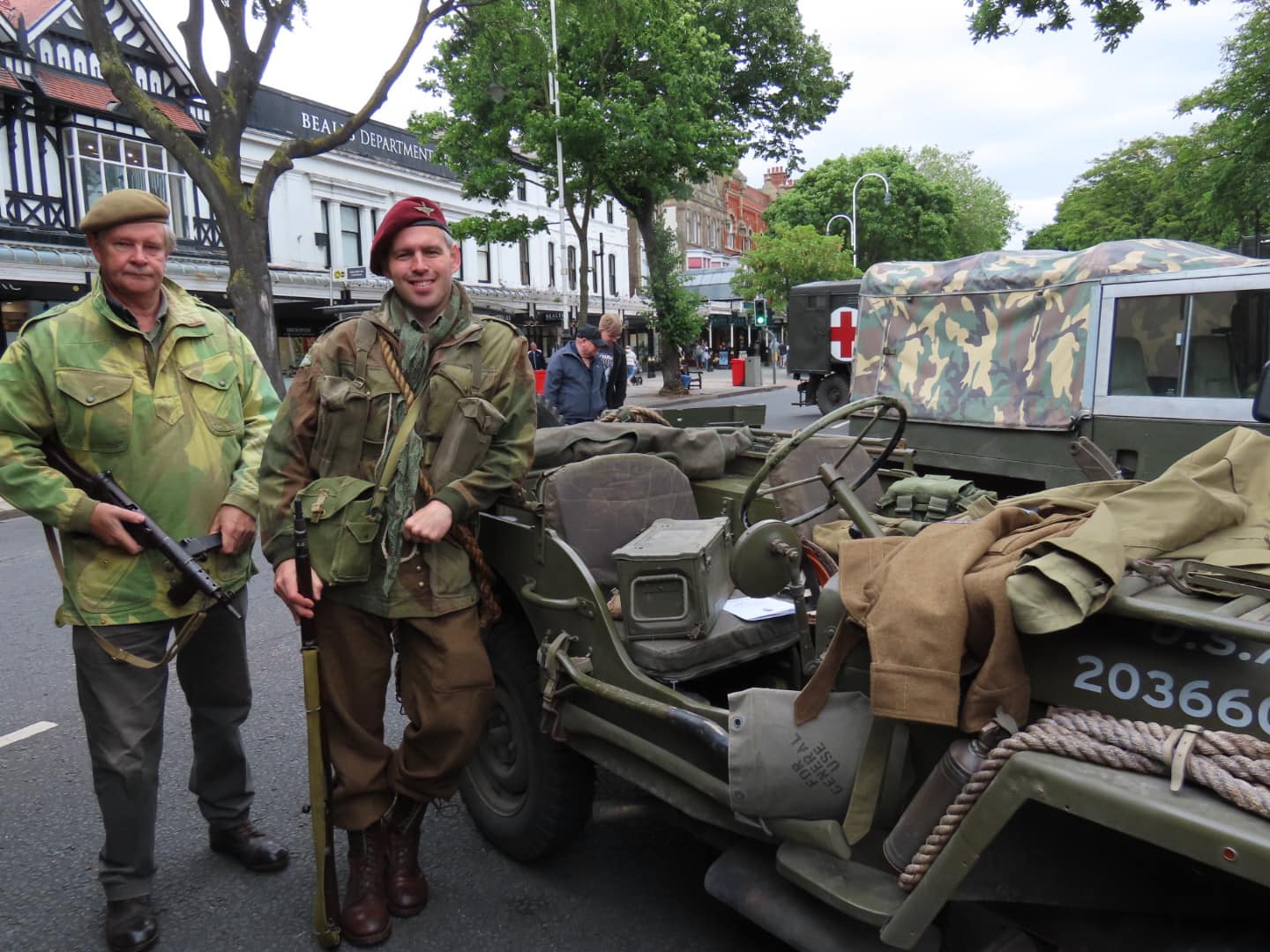 Guests were due to be treated to a flypast from Squadron Leader Mark Long flying Hurricane Mk IIC PZ865 – the very last Hurricane ever built – but unfortunately the flight had to be cancelled due to strong winds.

Starting the event off was a Drumhead Service at 11am in the Town Hall Gardens.

The Southport Armed Forces Day Parade then began at 11.30am on Chapel Street, with marchers taking the salute at Southport Town Hall. 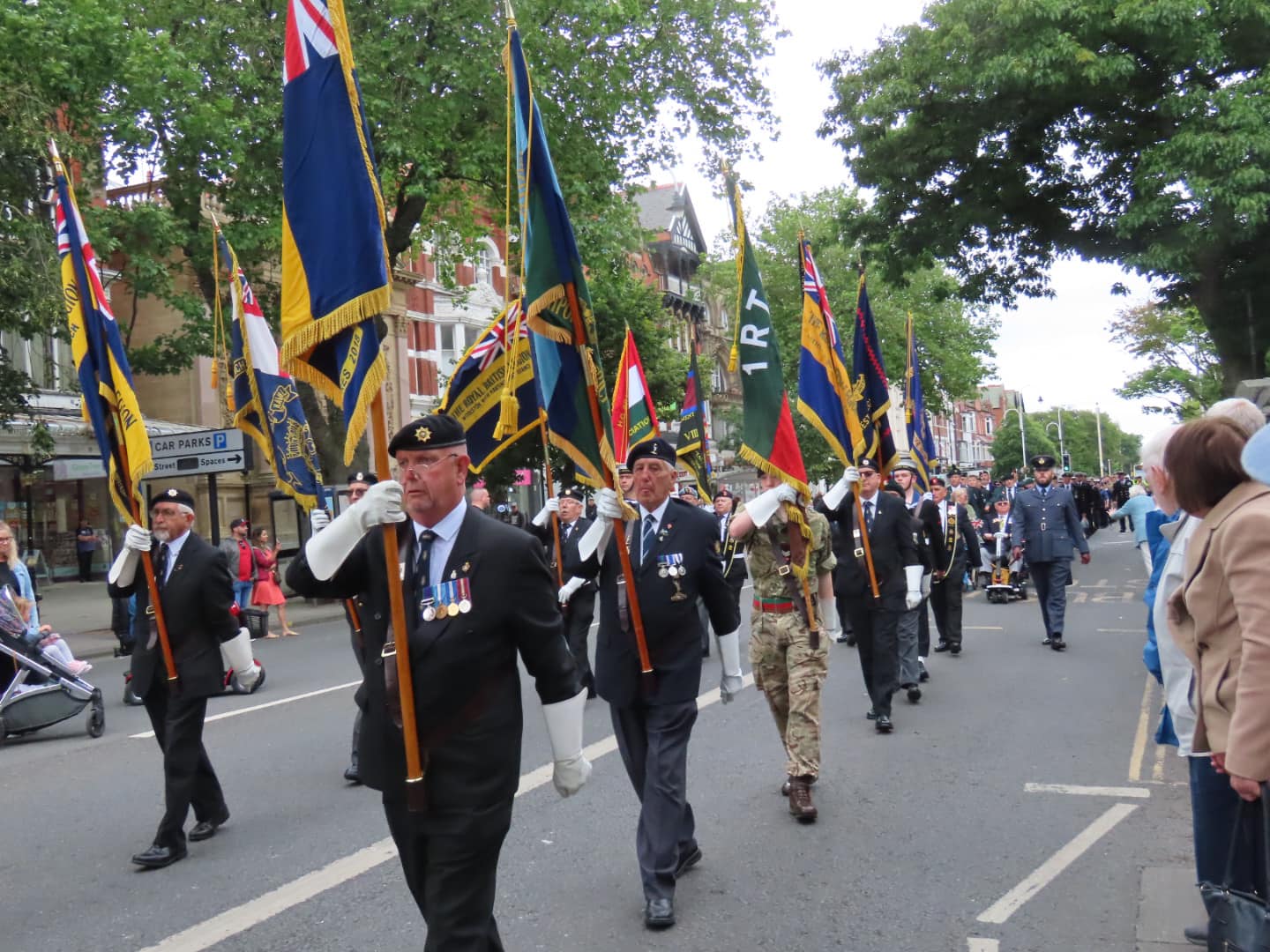 A number of road closures were in place in Southport town centre, with the Southport Half Marathon having taken place earlier on the same day.