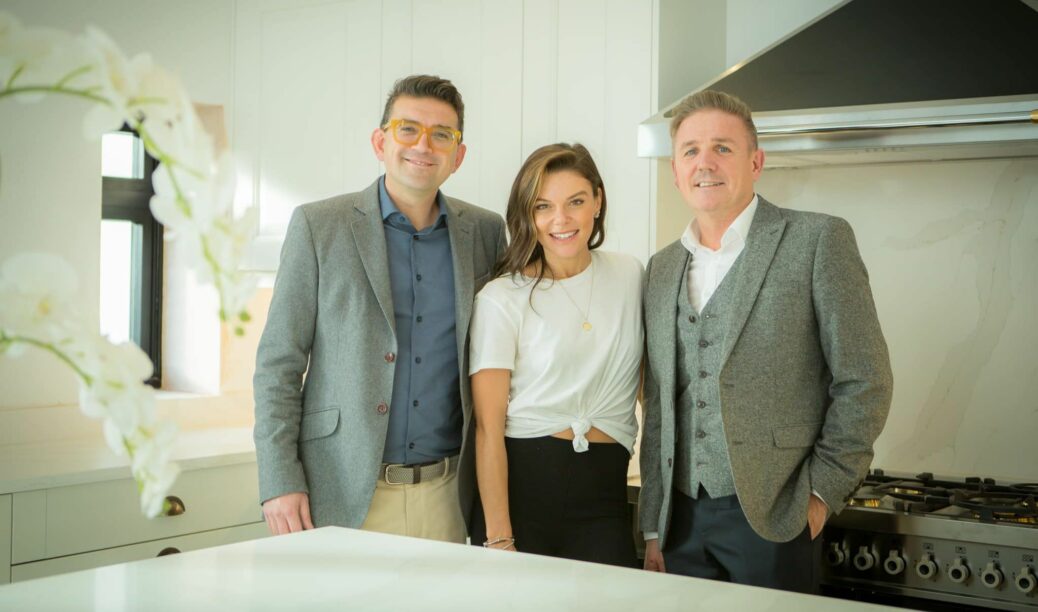 A Coronation Street star has thanked an award-winning Southport firm for designing and installing her “dream kitchen”.

Faye Brookes praised Birkdale Kitchen Co. after they worked with the actress to transform her home.

These pictures reveal the look that 35-year-old Faye went for after working with owners Neil Gokcen and Stephen Dunne.

It’s been a remarkable few months for Birkdale Kitchen Co. which first opened its doors in Birkdale Village in Southport on April 12th 2021 but has already won and been shortlisted for a whole host of top industry awards.

Last year she competed in the 13th series of Dancing On Ice, where she finished in second place.

This year she has been touring the UK in the role of Roxie Hart in Chicago.

Faye Brookes said: “From my very first meeting with the team at Birkdale Kitchen Co. I knew they were going to create my dream kitchen.

“It was a big project, but the process was seamless.

“I can’t recommend these guys enough not only did they transform the kitchen, but they successfully kept the character that made me fall in love with the property in the first place whilst bringing it to life with modernised appliances that now make the kitchen my favourite place to be. 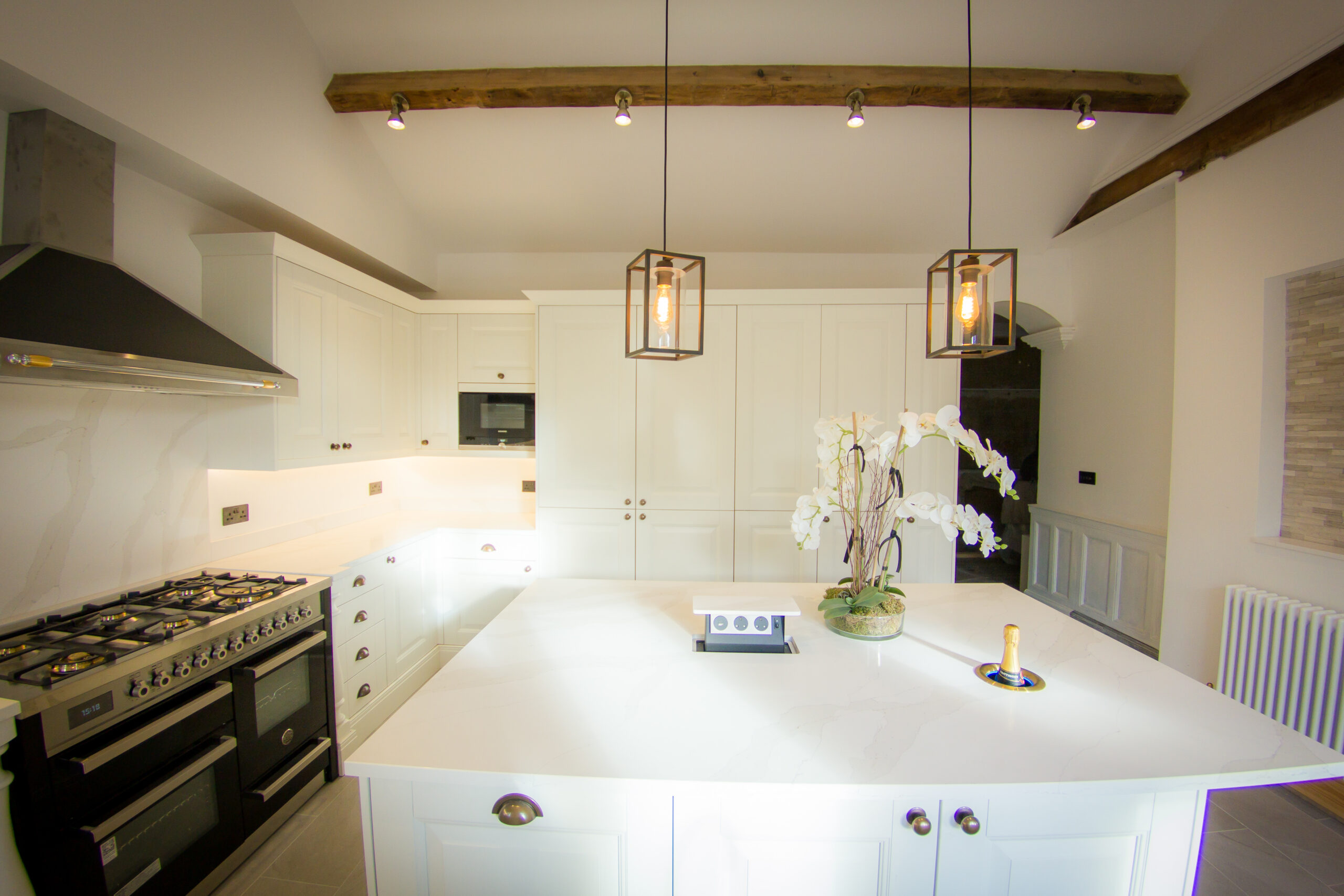 “I mean there’s even a built-in wine bottle cooler for my Champagne!”

Birkdale Kitchen Co. Director Neil Gokcen said: “We worked collaboratively with Faye Brookes to ensure this project was exactly what she envisioned when she made us her kitchen designer of choice.

“In Faye’s own words, ‘It was a big project, but the process was seamless.’

“The traditional features of the kitchen blend seamlessly with the stone worktops.

“The classic wooden beams tie in perfectly with the look of the kitchen space.

“We’d like to thank Faye for choosing Birkdale Kitchen Co., it’s been a blast!” 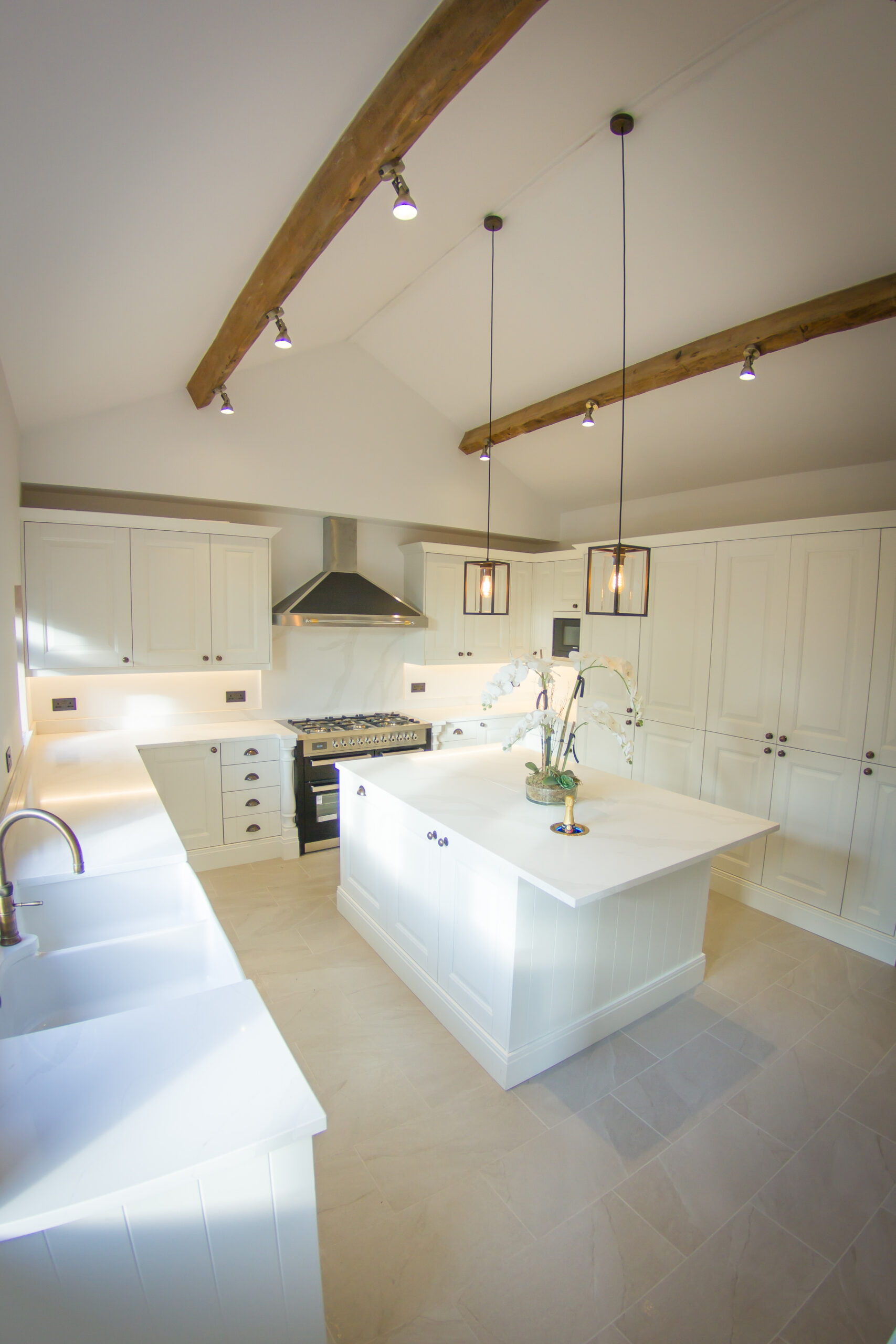 It was a relationship that began in 2021 when Faye, who lives in Southport, first called in.

Neil said: “Faye first came into our Birkdale Kitchen Co. showroom in Birkdale Village last year, having been disappointed with another couple of kitchen showrooms she had seen.

“As soon as she walked into our premises, she realised this was exactly what she was after. She fell in love with the products we had available, and also with how we were able to help her design her dream kitchen.

“We enjoy working with clients to create kitchens with that real wow factor.

“We had a great conversation about just what she wanted and how we could fulfil her vision of her dream kitchen right down to the last detail.

“The kitchen is perfect for her home in Southport.

“It’s a fantastic kitchen, made by an English company. Faye went for beautiful stone worktops with a nice traditional Belfast sink. She loved the smart Champagne cooler we had built into the island!  There is also a fantastic range cooker with an extractor hood over the top.

“It took a few months to complete the project from start to finish and it’s great to get to this stage.

“Faye was wowed when she saw the finished product. She is delighted with the work we have carried out for her.

“Things are going really well. We are very busy at the moment, working on some very exciting projects, and designing kitchens for some very interesting buildings.

“We’re getting involved in some spectacular designs on a more regular basis.”