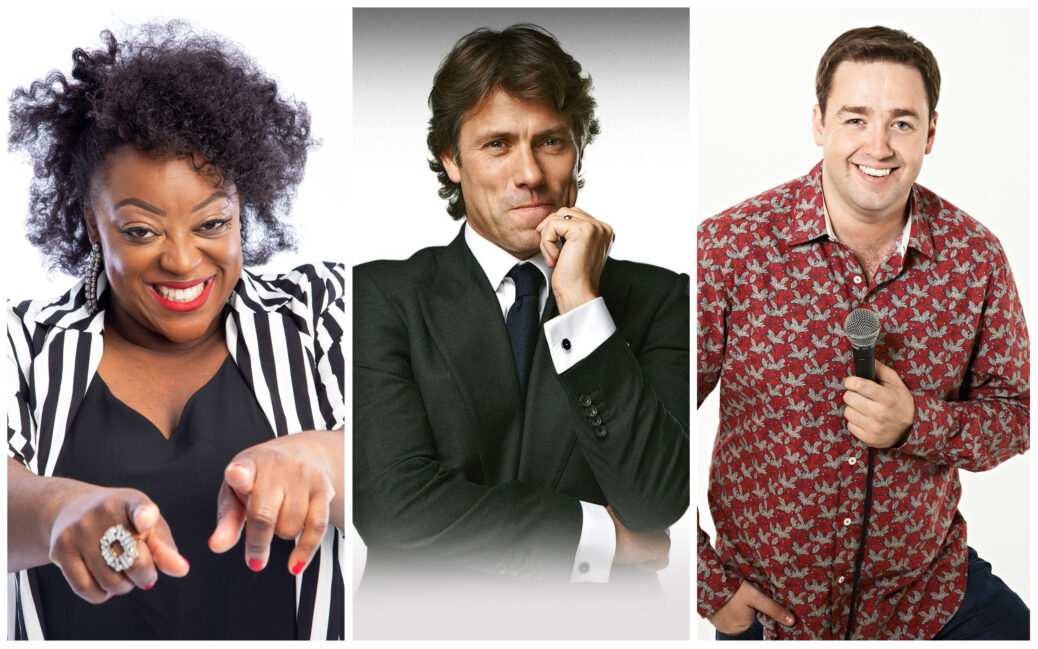 Over 50% of tickets have already been sold for a brand new comedy event in Southport, after the tickets went on sale yesterday (Friday 16th October).

This exciting all-day comedy extravaganza will take place at the stunning grounds on Victoria Park on Saturday 17th July 2021.

Comedy in the Park went on general sale at 9am yesterday via https://comedyinthepark.co.uk.

Promoter M&B is urging all comedy fans to buy now to avoid disappointment.

Home of world-class comedy, Comedy in the Park will feature spectacular comedy headliners back to back across a full day outdoor event. The event should not be confused with the Southport Comedy Festival which hosts several smaller events in marquees across 10 days in October.

M&B’s James Penny said: “The response to this show has been so amazing.

“We believe this is one of the best comedy line-ups of all time and we are so glad that comedy fans love the line up as much as we do! We’ve already sold 50% of tickets so I would like to advise fans to book now to avoid disappointment!

“Given all the negativity around right now, it’s great for both the live comedy industry and fans to have something positive to look forward to next year!”

Alan Adams, General Manager of Victoria Park Events said: “We are thrilled by the interest in this event at our wonderful park and can’t wait for July 2021. This is going to be fantastic for Southport, Merseyside and everyone in the North West region.” 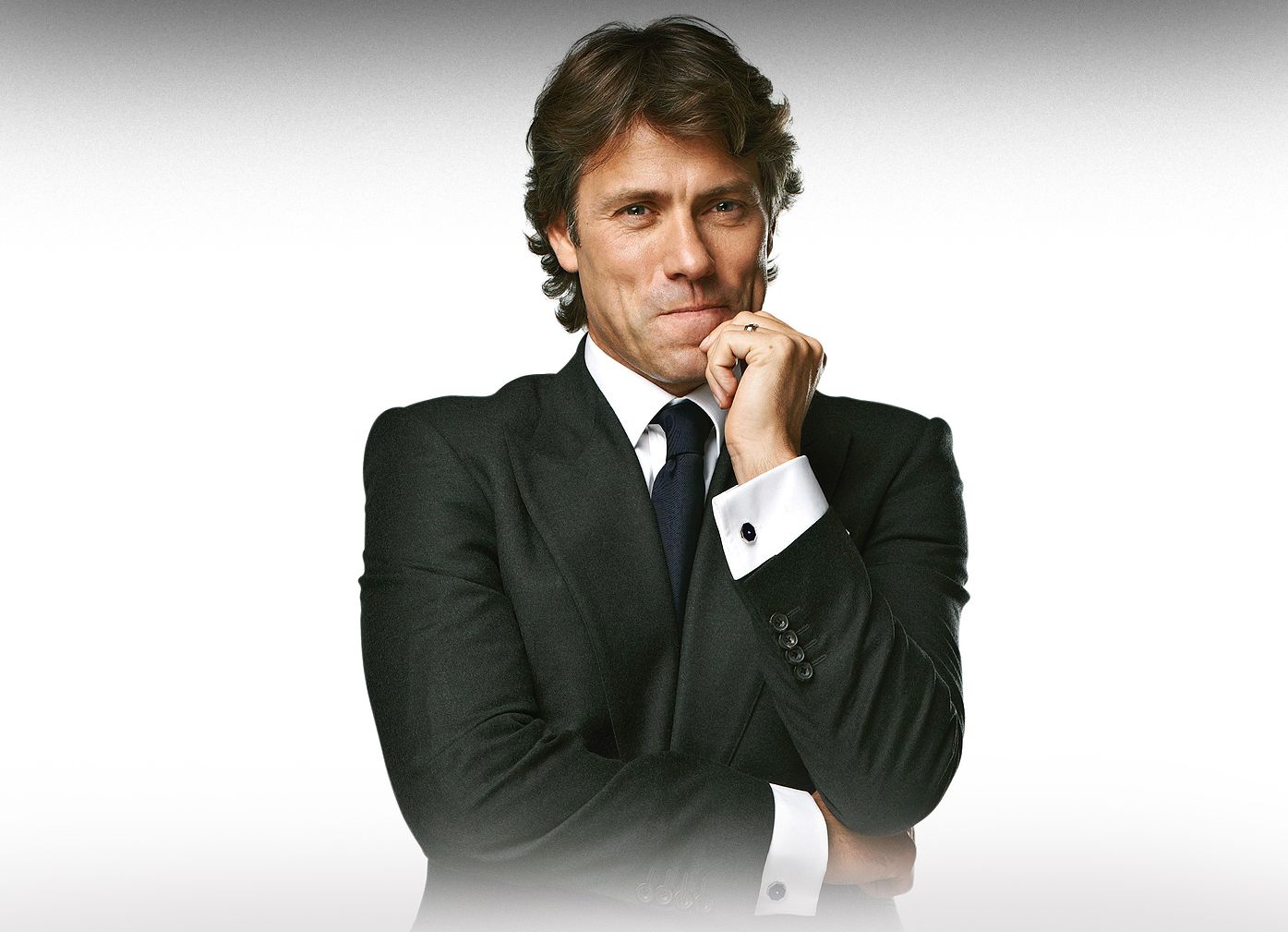 Comedy superstar and former Southport FC player John Bishop headlines the event. Breaking through in the early 2000s, John Bishop is one of the most popular stand-up comedians in the UK, regularly selling out arenas across the country. The Liverpool born comic has won numerous awards throughout his career, and in 2014 was given an honorary fellowship from the city’s John Moores University for his contribution to the arts, and for his extensive charity work. A regular on television screens, John has achieved huge success with a number of his own comedy, entertainment and documentary shows including John Bishop’s Australia, John Bishop’s Britain, John Bishop’s Only Joking, The John Bishop Show, The John Bishop Christmas Show and John Bishop’s Gorilla Adventure. More recently he’s done John Bishop’s Ireland for ITV1 and four series of ‘John Bishop: In Conversation With…, which sees him chatting, one to one with some of the UK’s biggest names. John has also hosted The Royal Variety Performance. 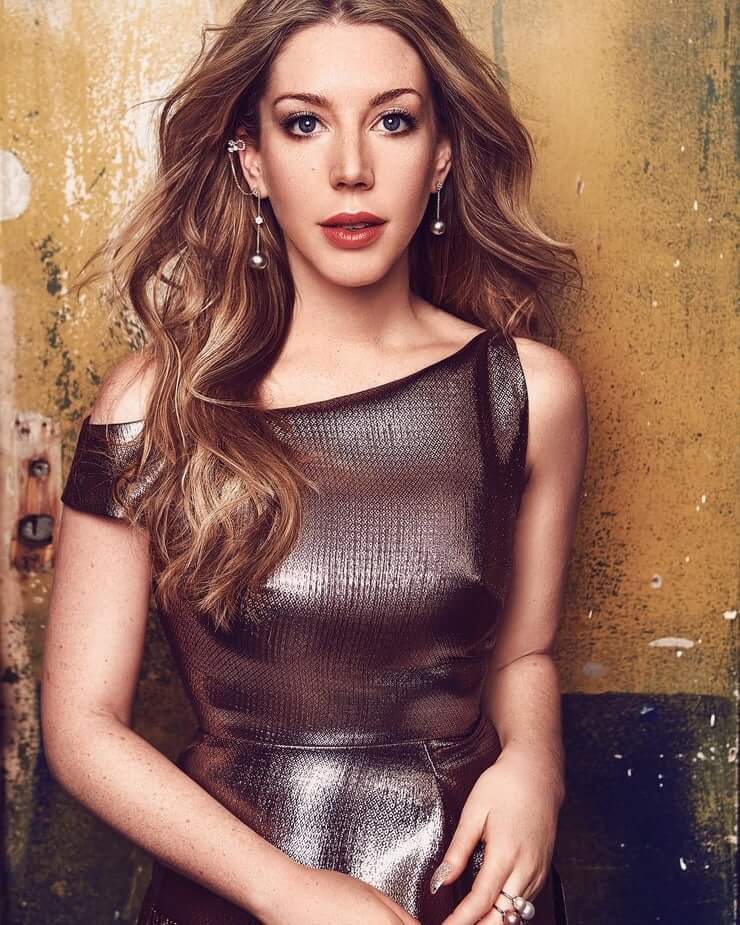 Famed for her critically acclaimed tours, Katherine Ryan has been performing sell-out shows across the globe.  Katherine Ryan is currently dominating the television and live comedy scenes both in the UK and abroad. Her debut 6 x 30’ Netflix sitcom The Duchess was released globally on the 11th September.  Katherine not only stars in the lead role but also wrote and Executive Produced all episodes. The series follows two critically acclaimed stand-up specials for Netflix – the second of which, Glitter Room, was released globally on 1 July 2019, following 2017’s In Trouble. She was only the second UK based comedian to get a Netflix Global 60’ special released in all territories after Jimmy Carr – and is still the only woman. Katherine has co-hosted six series of Comedy Central’s smash hit show Your Face or Mine with Jimmy Carr. In early 2020, she could be seen on Comedy Central as a judge on Roast Battle Series 4, and has judged every other series. Katherine can currently be seen each week as a Team Captain on E4’s 8 Out of 10 Cats Series 22 along with fellow Team Captain Rob Beckett and host Jimmy Carr.. Outside of television, Katherine has sold out venues across the UK, US and Canada with her unique shows. She took her last touring show,Glitter Room, to The Garrick Theatre in London’s West End for a four week run after a sell-out nationwide tour. 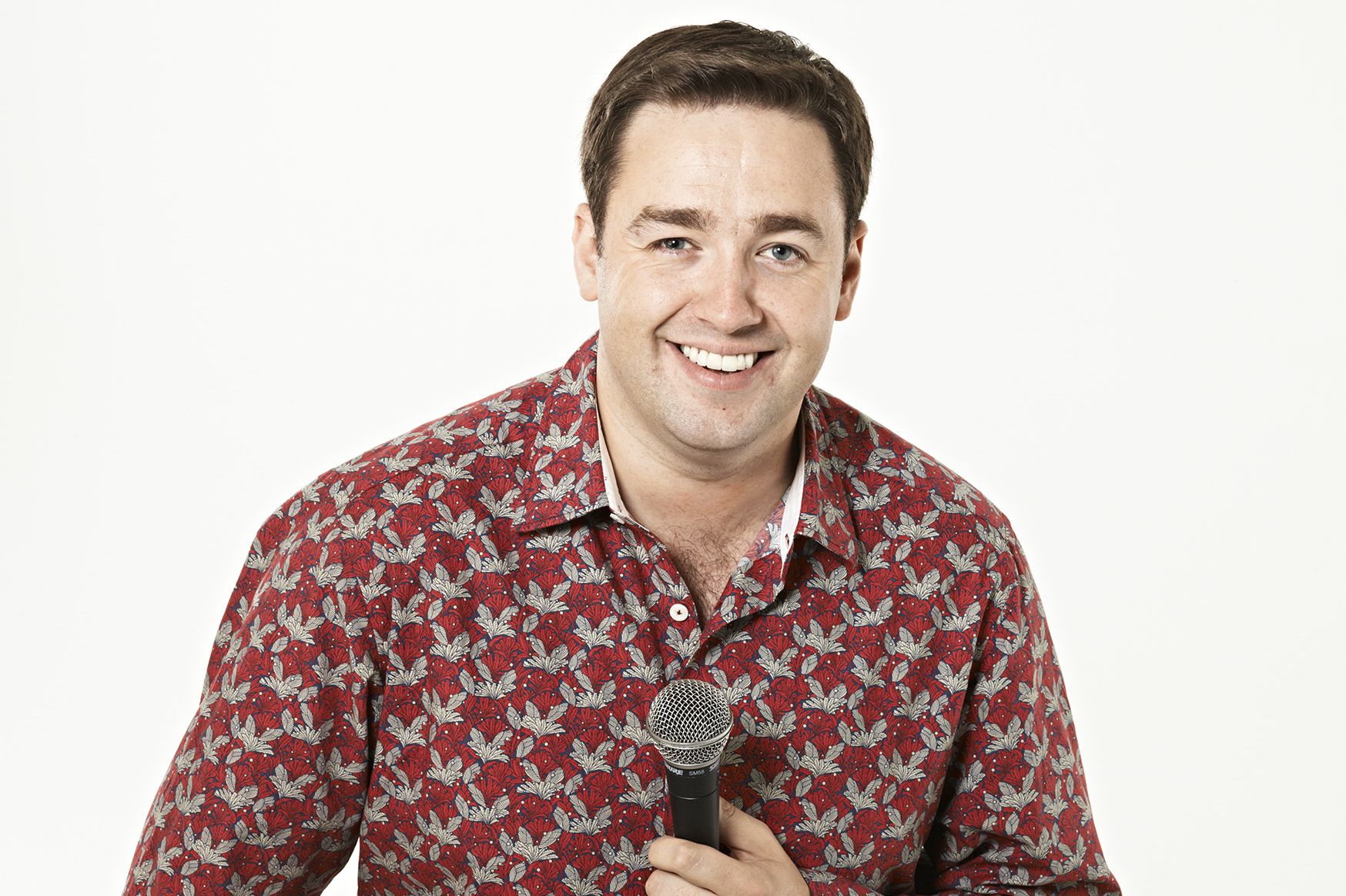 Comedy superstar Jason Manford also joins the bill. An illustrious 20-year career in comedy has seen Jason sell-out numerous UK tours, including his most recent show ‘Muddle Class’, which was seen by over 250,000 people and can currently be viewed on BBC iPlayer. Jason’s many talents also span acting, singing and presenting, and includes a host of top TV credits: ‘First & Last’ (BBC One), ‘The Masked Singer’ (ITV1), ‘Live at the Apollo’ (BBC One), ‘The Royal Variety Performance’ (ITV1) and many more. During the Covid-19 pandemic, Jason has hosted a number of events from his home to keep the nation entertained whilst being stuck indoors during the lockdown. These include ‘Jason Manford Presents: The Weekly Stand Up’, a new weekly comedy night streamed straight into your living room, a weekly Friday night gameshow ‘Jason Manford’s Games Arcade’, a kids quiz every Wednesday afternoon with questions thought up by his own children and also a ‘Lockdown Comedy Club for Kids’, where Jason invites children all over the UK to send in their own jokes to be shared on his YouTube channel.

Jason said: “I can’t wait to be able to get back out on the road again. Whilst it’s been great to get creative during lockdown, there’s nothing that compares to live comedy. After what’s been a testing year for all of us so far, it’ll be great to get up close and personal with audiences where we can all have a fun night and a big laugh together.”

During the Covid-19 pandemic, Jason has hosted a number of events from his home to keep the nation entertained whilst being stuck indoors during the lockdown. These include ‘Jason Manford Presents: The Weekly Stand Up’, a new weekly comedy night streamed straight into your living room, a weekly Friday night gameshow ‘Jason Manford’s Games Arcade’, a kids quiz every Wednesday afternoon with questions thought up by his own children and also a ‘Lockdown Comedy Club for Kids’, where Jason invites children all over the UK to send in their own jokes to be shared on his YouTube channel.

Laugh out loud with the original pub landlord as Al Murray prepares for pulling the pints again live. As well as performing stand-up, Murray has obtained an eclectic list of TV credits over the years, including appearances on Live at the Apollo, Michael McIntyre’s Comedy Roadshow, Hell’s Kitchen, Top Gear, Horrible Histories and numerous BBC panel shows. He has also written and featured in successful shows including Al Murray’s Happy Hour and The Pub Landlord. Murray’s unique blend of satire, surrealism and observational comedy inspired by the world today is just what we all need right now. 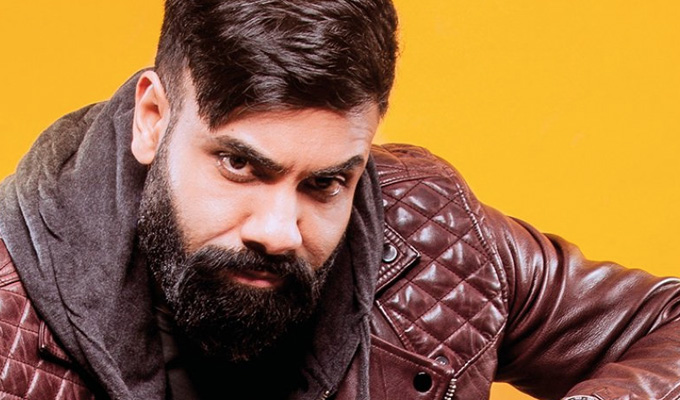 Paul Chowdhry is a multi-award-winning stand-up comedian, actor, and writer. In August 2019, his record-breaking stand-up tour show, Live Innit, was released as an Amazon Prime original special in 200 countries worldwide. This followed the enormous success of his Live Innit stand-up tour, which received two nationwide extensions, including five nights at Hammersmith Apollo and a sold-out show at Wembley Arena, making Paul the first British Asian stand-up to sell out the 10,000-seater venue. His performance there was voted by the public as one of Wembley Arena’s top ten shows of 2017. Paul has won Best Live Event at the ITV Asian Media Awards, Comedian of the Year at the Asian Voice Awards, and the ‘Eastern Eye’ Comedian of the Year award. In its following issue, The Eastern Eye described him as “the greatest British Asian comedian of all time”.  On TV, Paul has hosted Stand Up for the Week (Channel 4), twice headlined Live at the Apollo (BBC One/Two), and was a much-loved contestant on the third series of the multi-award nominated hit show Taskmaster (Dave/Channel 4). Online, Paul is a prolific presence on social media, and his videos have been viewed over 35 million times on Facebook. 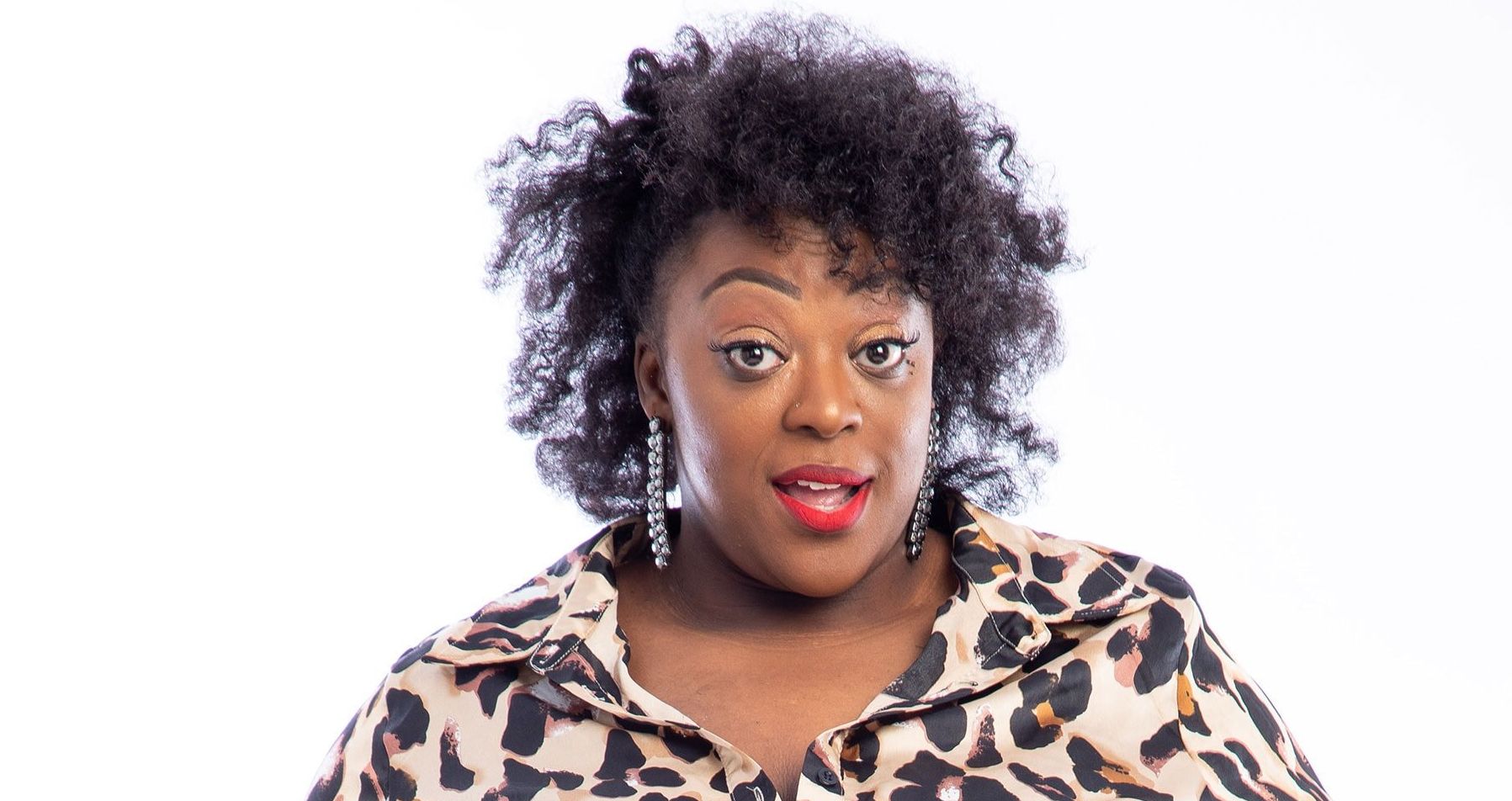 Loose Women star Judi Love also hosts the event. Love’s quick wit and infectious laugh quickly made her a fan favourite when she joined the Loose Women panel in 2020. Judi’s motto ‘Laughter is Healing’ provides a very accurate insight into how she deals with life’s many obstacles. Judi will take everyday situations, add her unique perspective and turn it into something hilarious. It’s the type of humour that resonates in people from all walks of life. Love has proved herself to be a hilarious comedian in both her stand-up and across TV and radio.

Promoters are confident that the event will be something to look forward to next year as Covid-19 restrictions are lifted. However, because of the size of the location, plans can be adapted to run the event with social distancing should that be required and the event will be completely safe and Covid compliant.