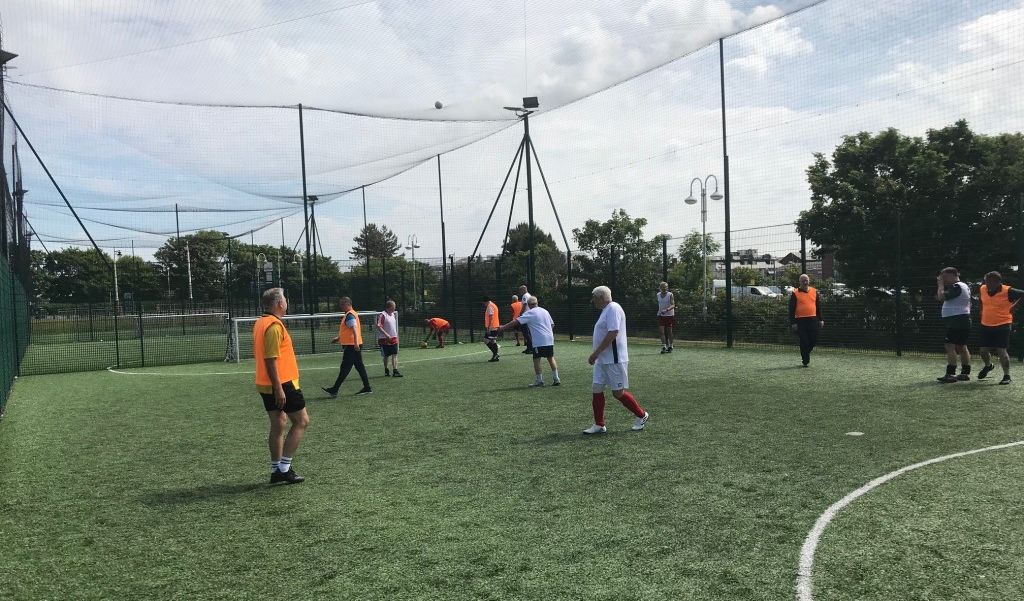 Changes are being made to the walking football sessions in Southport after some of the players were found to be moving too fast!

The activity has been a huge success since it began three years ago, with over 100 people giving it a try.

There will now be two separate sessions moving forwards.

Event organiser Rob Urwin said: “Our Walking Football Group has been going for over three years and well over 100 people have given it a try since it started up.

“We have decided to make a few changes with effect from Monday 9th January 2023.

“The Wednesday sessions will be renamed Veterans Football for the Over 50s.

“We will also be running a “Strictly Walking” session on Mondays.

“We have found a number of people coming along to the Wednesday sessions have found the pace a little quicker than they expected and the Walking Football has morphed into Veterans Football by default.

“The Monday session will be at Dunes (starting January 9th) from 10-11 and will, as the title suggests be STRICTLY WALKING.

“The Wednesday session (11-12) is also at Dunes and is for Over 50’s, similar rules to the Walking Football in place except the walking rule will be removed. Strictly No Contact, no penning people in, no heading, the ball must stay below head height, goals can only be scored outside the arc and no players are allowed in the arc except the ‘keeper and the goalkeeper can receive a pass back but cannot return it to the person that passed the ball back to him.”

Colin Dale supported by Martin Doran is leading the Monday group and Rob Urwin will lead the Wednesday group supported by Chris Cottam.

Both sessions cost just £2 per player.

For more details or to register your interest contact Rob on 077900-41514 or mail rob@southportfc.net