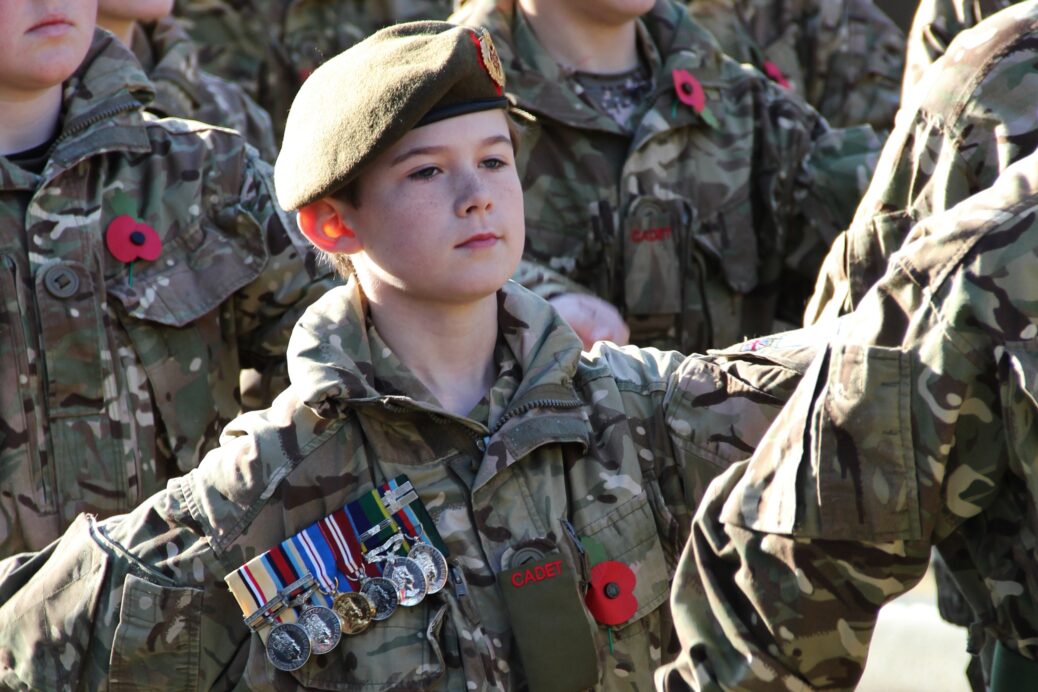 This emotive picture of a young British Army Cadet proudly displaying a set of his father’s medals at a Remembrance Parade has won a highly coveted award.

It will now feature in the 2021 calendar for ABF The Soldiers’ Charity.

The striking image was taken near St George’s Hall in Liverpool by Major Roy Bevan, who has done a huge amount to support the work of Cadets and Regular soldiers at Altcar Army Camp in Hightown over many years.

Major Bevan said: “Regarding the Photographic Competition for ABF The Soldiers’ Charity, out of 280 entries I managed to get second winner with the attached photograph.

“It has been selected to go in their 2021 Calendar and shows a Merseyside Army Cadet Force Cadet at last year’s Remembrance Parade proudly wearing his father’s medals.

“I hope it will generate a little publicity for ABF The Soldiers’ Charity plus the Army Cadets.”

Major Bevan submitted the image to the charity earlier this year.

For more details about the work of the charity please visit: https://soldierscharity.org/