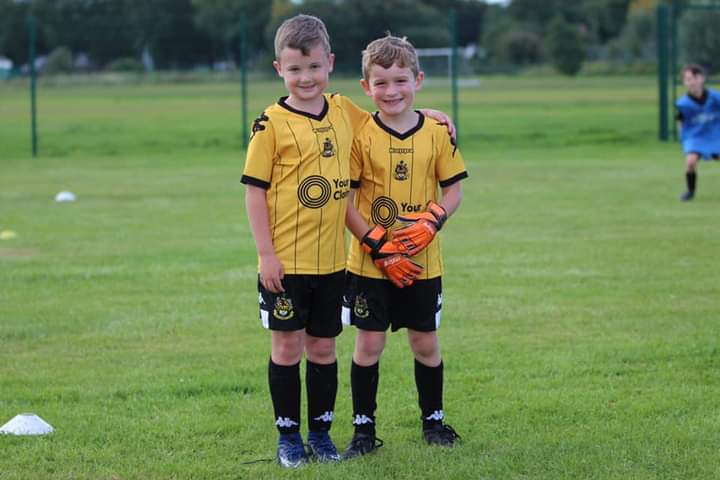 Two of Southport FC’s biggest fans will be cycling 12 miles around the pitch to raise money for the club this weekend.

Harry Cottam, aged 9, and his cousin Leighton Hock, aged seven, will be taking on the challenge at the Pure Stadium this Saturday (24 October) while their beloved Sandgrounders are playing away at Blyth Spartans.

The close friends have the club colours running through their veins, and love to watch their favourite team in action.

They are related to Southport FC legend George Bromilow, who won a medal playing for England at the Olympics in Melbourne in 1956 and won two amateur international caps.

They were determined to help Southport FC after hearing how fans would not be allowed in to watch games this season, with the club’s future uncertain a few weeks ago until emergency funding was agreed by the Government.

“Harry plays for the Under 10 junior team, and also goes to support Southport with his Grandad at most home matches. He is also Jack Sampson’s sponsor this season.

“Football is life for Harry! Harry’s Great Grandad, George Bromilow played for Southport FC, whilst working at Meols Cop as a PE teacher. 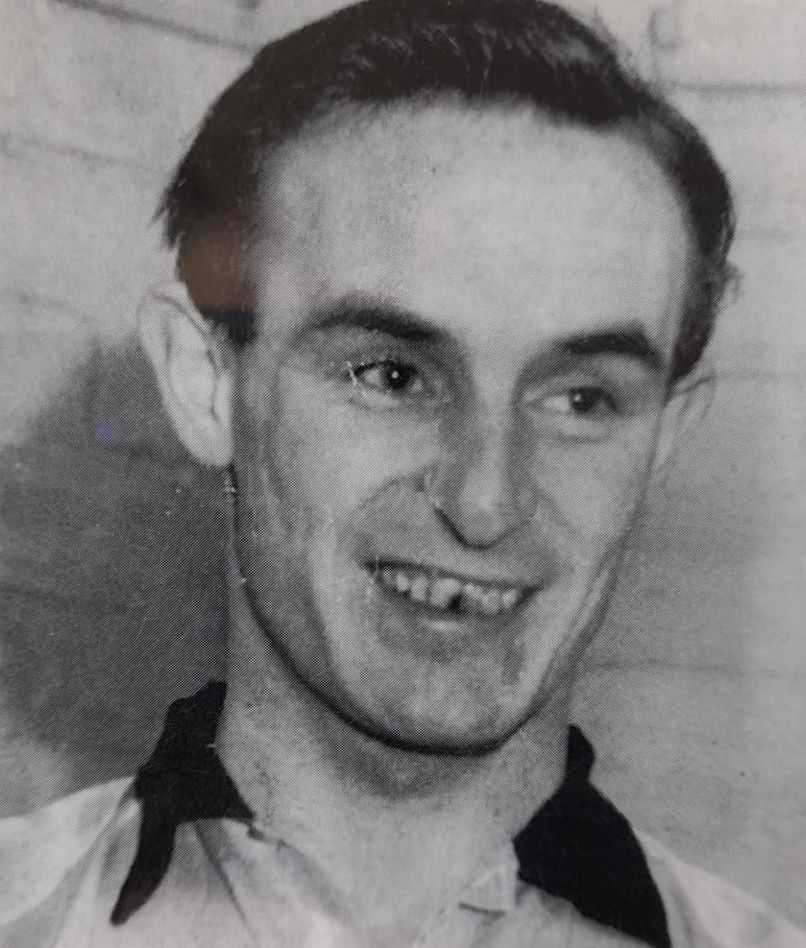 Southport FC legend George Bromilow, who played for England at the 1956 Olympics in Melbourne

“It is Harry’s dream to follow in his footsteps, so when he heard about the financial struggle that Southport will be put under due to Covid 19 he decided to try and help.

“Harry will be doing a sponsored bike ride around the club at Haig Avenue. He will be circling the pitch 50 times, which is approximately 12 miles.

“Please help by donating as much as you can during these hard times.”

Football fanatic Harry has twice been mascot at Southport FC while both boys have both been season ticket holders over the past fews years as well as playing for the club’s junior sides. They attend matches with their proud grandad Craig Bromilow, son of former Southport player George, and a volunteer at the club.

Harry is a pupil at St Patrick’s Primary School in Marshside, while Leighton goes to St Aiden’s primary school in Wigan.

Craig said: “Harry and Leighton were upset when they heard that the club could go under a few weeks ago so they wanted to do all they could to raise some money for the club. 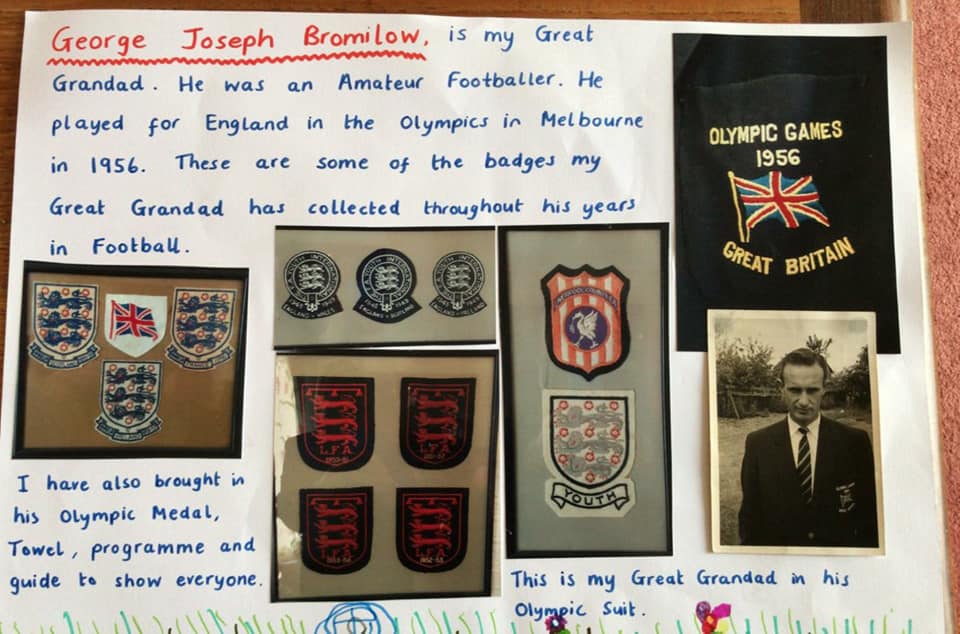 “They really love the club, Harry thought they were going to be like Sir Tom Moore.

“I am just keen to give them one last push before this weekend, and I hope people will give them all the support they can.”

Craig is among volunteers at Southport FC – the oldest of whom is 85 yeas old – who have been trying hard since the end of the initial Coronavirus lockdown to get the club Covid secure and welcome back fans for the start of the current 2020/21 season.

He said: “There are nine of us who have been down at the club since May getting everything for the start of the new season.

“Everyone has put a lot of effort in, but we were expecting fans to be allowed back in this season, but they’re not allowed to now. They can in the league below – Bamber Bridge had 450 fans at their game a week last Saturday.

“Southport is much more than just about the first team.

“Most people don’t see what the club does for the community.

“At 8am every morning for example they open up as a Breakfast Club for students at Meols Cop High School nearby. There is so much they do for the town.”

Craig is very proud of his grandsons carrying on the tradition of giving their all for the club started by their Great Grandad George.

He said: “George was playing for Southport in the 1950s when he was offered terms at Liverpool at £3 per week, but he turned them down!

“He was very proud to play for Southport FC. He lived in Southport all his life and was a teacher at Meols Cop and at Churchtown.

“Harry and Leighton are so proud of their Grandad.”

Over a five year period in the 1950s, George Bromilow scored 37 goals for Southport FC  and is one of only three amateurs to top the scoring charts of any Football League club since 1919.