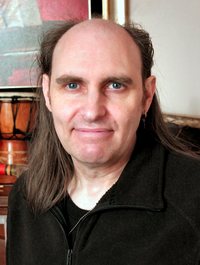 The UK celebrated the 10th anniversary of World Book Night on April 23.

Hosted by Sandi Toksvig, the event encouraged people to share the books which made people smile.

The project involves a selection of books being given away in care homes, youth centres and colleges.

Among the selected titles was Liverpool FC player James Milner’s ‘Ask A Footballer’.

The North West region has seen an increase in new authors over lockdown.

“It’s a nice feeling to be challenged by an idea or concept that you feel might-or-might-not have commercial potential, but want to invest in the project anyway.”

James Stoddah, author and founder of Outlet Publishing, believes that the pandemic has also had an impact on what authors are writing about.

He said: “We ran a young writer’s short-story competition last year and did find that there were ‘darker’ stories than in previous competitions.

“The winner was a story about coping with a terminally ill parent, and mental health issues played a role in many other submissions.”

Outlet Publishing was set up to provide a platform for young writers aged 16-24 by offering grants, competitions, courses and release works.

Mr Stoddah said: “Sometimes, if the author’s voice is strong but the story is weak, we will work with them to develop the narrative.

“It’s a nice feeling to be challenged by an idea or concept that you feel might-or-might-not have commercial potential, but want to invest in the project anyway.”

Mr Stoddah believes that dedication is the key for any aspiring author and that they make sure they finish the draft no matter how many errors or inconsistencies there are.

“The first draft is the foundation you can build on to construct the final manuscript.

Don’t be put off by the work involved in fixing it, just get it done.”

“It’s my job and responsibility to transport them into a story where the details of the world are an accurate reflection of the real history.”

Nathan Harrison has recently finished university and is looking to publish his first novel.

He’s hoping that his novel ‘Brothers of the West: Dawn’ will catch the eyes of publishers and bring his six-part western series to audiences.

After falling in love with the western setting during a history class at high school, Mr Harrison put pen to paper following a chest operation in 2014.

“I was housebound for the majority of the summer months, so whilst my friends at the time were out playing football, I was indoors and either writing scenes, notes or outlines for Brothers of the West.”

Mr Harrison said: “If these books are ever fortunate enough to be published, the readers aren’t stupid, if they see or spot a description or an item of clothing or weaponry that isn’t historically accurate, they’ll call me out on it.

“This is their money they’re potentially spending, and therefore it’s my job and responsibility to transport them into a story where the details of the world are an accurate reflection of the real history.”

Mr Harrison is yet to hear back from two publishing houses, but is living in hope following three rejections.

“Other people have mentioned self-publishing to me in the past as an avenue.

“But, with the added costs included in that process and without the marketing expertise and wide-spread reach of the traditional publishing houses, it’s not an avenue that I envisage myself as a writer going down,” he said.

“There is always a fine line on how much detail to put into a story and where you draw the line.”

Ms Raine said: “I chose the Amazon self-publishing route because they are faster and the monetary rewards initially are higher than a conventional route.

“Whilst this is an easy, fast process and the rewards are great if the book takes off overnight, sadly that is mostly not the case as you need at least 15 reviews to get any recognition on the website.”

Ms Raine eventually met with a publisher to continue with her novels in a more traditional way.

“There is something about having a publisher that creates a safety net, mainly because these people have been editing, and publishing and marketing for years.

“However, with self-publishing you always have questions in your head, is it all correct and your uppermost best effort?”

Despite writing short stories when she was younger, Ms Raine’s writing career was put on hold until lockdown.

“When lockdown came, I took a writing course just for fun and it ignited the interest again, so before I knew it ‘Don’t Call Me Charlie‘ was in the process of being written.”

Her novel follows the story of a woman who resorts to selling herself on the streets of Liverpool whilst failing to look after her alcoholic mother.

Ms Raine said: “I tried to be as sensitive to the subjects as possible.

“There is always a fine line on how much detail to put into a story and where you draw the line.”

Despite the darker themes to her novel, Ms Raine believes the key to a good story is a happy ending.

“As an avid reader there is nothing worse than a book that leaves you flat and disappointed.

“The sign of a great book is that you’re still thinking about it weeks later and telling anyone who will listen that they should read it.”