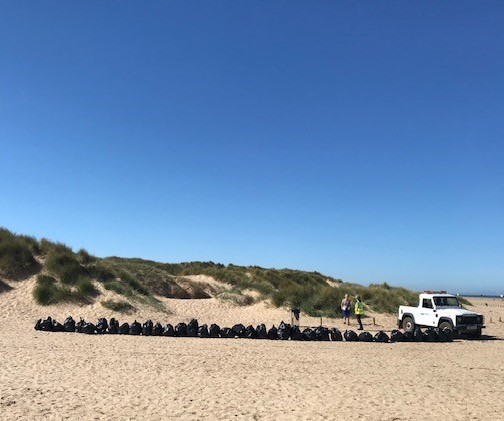 Good Samaritans who clean litter off local beaches are being urged to leave the work to the council officers during the coronavirus outbreak.

Local residents reacted with shock at photos which saw beaches at Southport, Ainsdale and Formby strewn with rubbish.

One environmental group said the scenes “looked like the morning after Glastonbury”.

Sefton Council estimated that around 7,000 people were on Sefton’s beaches over Saturday and Sunday, with visitors from as far away as Birmingham, Manchester and Wigan.

When they went home they left behind tonnes of discarded beer bottles, portable BBQs, food wrappers and bags of rubbish.

Read More: 7,000 people on our beaches with motorists driving from as far as Birmingham

Workers from Green Sefton, part of Sefton Council, had the unenviable job of spending hours picking it all up.

Numerous volunteers also helped out over the weekend, collecting litter where they could.

But they are being asked to stay away until it is safer.

A Green Sefton spokesman said: “Thanks to the many volunteers who have come to the coast to try and help us clean up, but please don’t forget your own safety – picking up litter discarded by others in these times without the right PPE can be extremely hazardous.

“Many thanks, but perhaps leave it to us for the time being.

“The message is simple and has not changed – do not come to the coast, no fires, no BBQs, no camping.

“Crowding onto a beach whether it is sunny or not is not a good idea.”