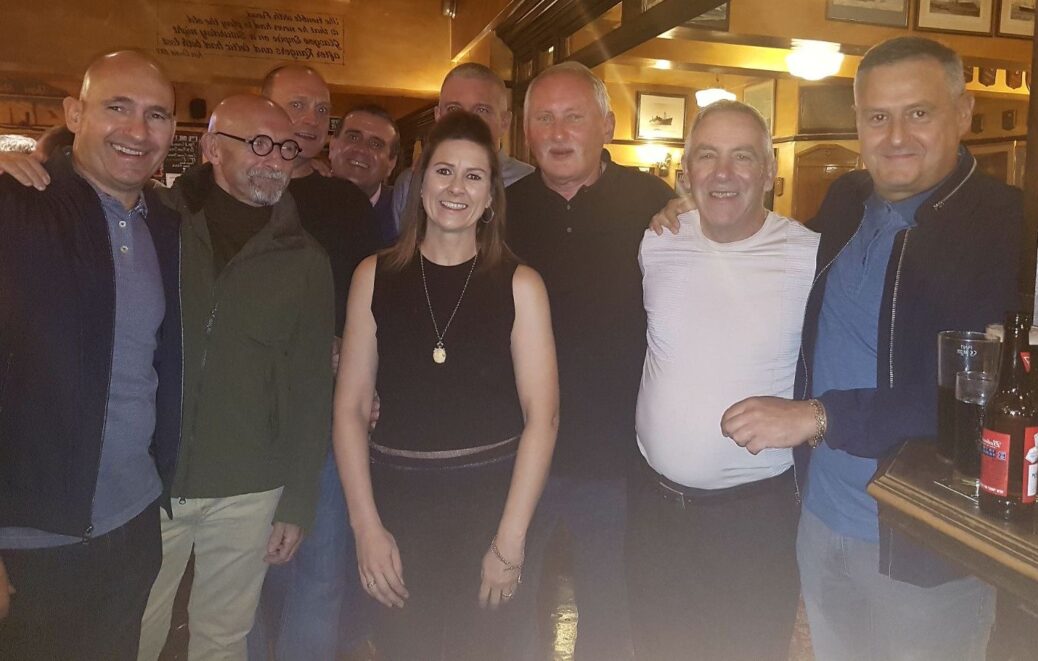 Tributes have been paid to the longest serving employee of United Utilities, who worked at the firm for over half a century.

Ronnie Fitzpatrick was a hugely popular figure at the firm, having worked there for an astonishing 53 years.

He had worked at UU since he was just 16 years old when he followed in his father’s footsteps, working on the clean water network, supplying drinking water for millions of people across Merseyside.

Sadly the Water Customer Technician, who worked across Merseyside, passed away overnight on Monday 27 July.

The 69-year-old’s funeral took place today  at Blessed Sacrament Church followed by a committal at Anfield Crematorium in Liverpool.

Dozens of his family and colleagues were there, socially distancing, to pay their tributes.

A United Utilities spokesperson said: “Ronnie had been a valued member of United Utilities Merseyside Water Network team since October 1967 and was UU’s longest serving employee after following in his father’s footsteps.

“Ronnie was known to lots of employees in UU as the guy with the smile on his face, loved by everyone and made everyone laugh.

“He leaves his legacy of the infamous ‘hydrant buster’ that has helped in the battle of hydrant abuse.”

Another colleague wrote: “Deepest sympathy to Sheila and family. You were not just a colleague, you were a friend to all who came into your life. You will be sadly missed.”

Due to Covid restrictions on gatherings United Utilities have confirmed with the family:

As a mark of respect to Ronnie, the UU teams who were unable to attend logged off their  systems / phones and take a few minutes offline at 9.30am, just as the church service started.