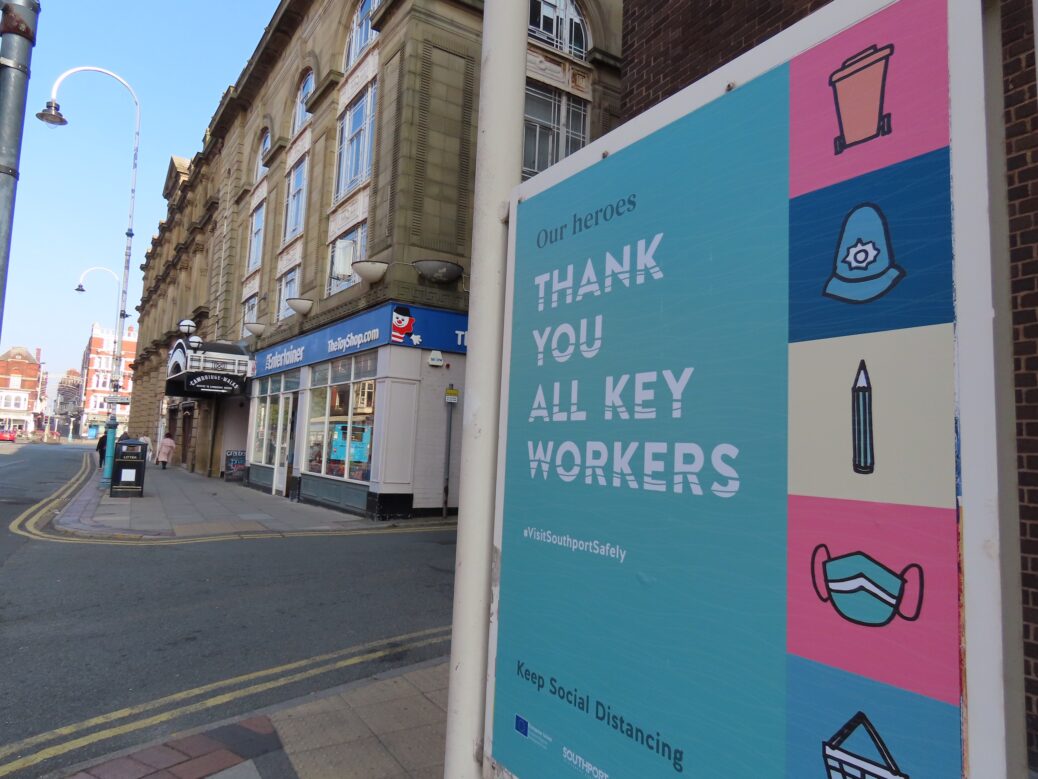 Southport, Sefton and the rest of the Liverpool City region will be placed in the new Tier 2 restrictions, the Government has revealed today.

The new measures will come into place when the current national lockdown ends next Wednesday (2 December).

It is welcome news for those working in the hospitality industry, with many restaurants, hotels, cafes, pubs and bars now able to reopen next week, although with restrictions in place.

Licensed premises will only be able to sell alcohol when served alongside a substantial meal.

While Covid figures in Sefton are falling, they are still higher than they were in the Summer, with people urged to maintain social distancing and take all the precautions they can to keep figures going down and keep people safe.

Health Secretary Matt Hancock told Parliament that there are currently 10,570 patients suffering with Covid-19 in hospitals in the UK, while 696 deaths of patients with Covid-19 were recorded yesterday.

Mr Hancock  said: “That means 696 families who are mourning the deaths of their loved ones, and this House mourns with them.”

He added: “I am so grateful for the resolve people have shown through this crisis. ”

The news also means that limited numbers of fans will be allowed back into watch Southport FC games this December.

The Wizard Of Oz panto at The Atkinson will also be allowed to go ahead next month.

Businesses such as shops, gyms, hairdressers and others are allowed to open across all Tiers.

Revealing its reasoning behind placing the Liverpool City Region into Tier 2, the Government said: “There is continued improvement across the Liverpool city region. Case rates (including for the over 60s) are decreasing rapidly with some notable improvements in Liverpool, Knowsley and Sefton. Cases have fallen by 69% over 6 weeks. However, despite improvements, case rates in over 60s remain high at 150+ per 100,000 people in all lower tier local authorities.”

Lancashire has been placed into Tier 3.

The Government said: “While there have been improvements in some areas, case rates and the proportion of tests which are positive for COVID-19 remain high. Case rates in over 60s are very high (over 200 per 100,000) in 6 lower tier local authorities. There is still pressure on the NHS in this region.”

Some other places, including Manchester, Hull and Newcastle, have also today been placed into Tier 3, the highest level of restrictions, which means that their hospitality sectors have to close temporarily.

The decision to place the Liverpool City Region in Tier 2 came after a pilot mass testing programme in Liverpool helped towards figures falling.