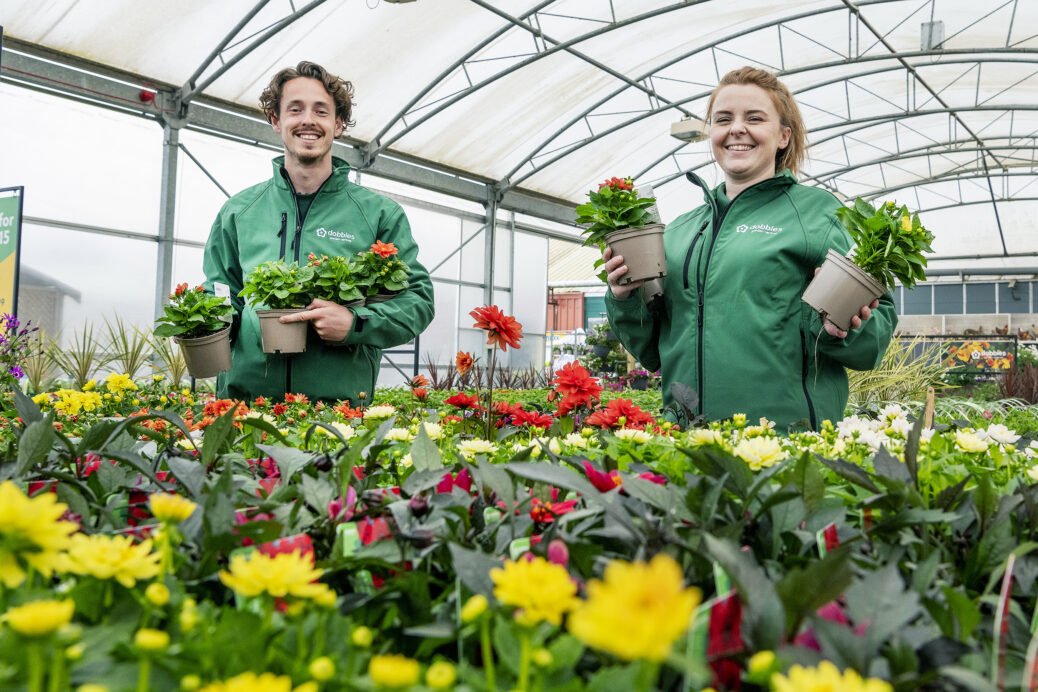 Southport residents are being asked to vote for their favourite local community gardening project to receive support from Dobbies, the UK’s leading garden centre retailer.

Three deserving community projects in Southport have been chosen by team members at the Southport Dobbies store to make the shortlist for Helping Your Community Grow, Dobbies’ landmark community support initiative. The scheme, launched earlier this year, aims to work with existing groups to create 69 new or revamped green spaces around the UK, one for each of its mainline stores.

The three Southport projects have been shortlisted as they best represent an opportunity to create an enhanced green space that will benefit the local area, but the final choice is now down to local residents as they are encouraged to have their say and vote for their favourite on the Dobbies website.

The three local projects competing for votes in Southport are Merefield in Bloom, Friends of High Park Green Spaces and Southport and Ormskirk NHS Trust’s Garden of Reflection.

Merefield is a school for children and young people from 3 to 19-years-old with disabilities and life-threatening complaints, and as part of the curriculum, gardening has been introduced for those who are able to participate. The pupils are now representing their community of Ainsdale in the North-West in Bloom (Britain in Bloom) competition and would really appreciate support from Dobbies with gardening equipment and plants. Their project will see their grounds improved and the creation of a sensory garden for wellbeing – the benefits of gardening for pupils are the main reasons it’s now on the curriculum year-round. Not only do the pupils benefit from gardening, but their parents and visitors together with the wider public who support this school benefit too.

Friends of High Park Garden Spaces aims to brighten up local parks and help the community get involved in their development and protection. The project would love Dobbies help in providing some gardening tools and plants which the community could harvest to eat.

Once a very neglected courtyard garden in the hospital, Southport and Ormskirk NHS Trust Garden of Reflection has been transformed during the pandemic, into what one patient described as ‘a beautiful oasis of tranquillity’.

During the Covid-19 lockdown, hospital staff have not been able to consume their meals in the restaurant, so many use the garden. Pre-arranged visits have been made possible for patients to spend time with their family in the garden, including ICU Patients during a time where visiting wards was not allowed. However, despite the garden’s progress over the past year, there is a lot of dead space in the garden. Staff would like Dobbies’ support to provide raised beds to grow vegetables, herbs and fruit, which patients and staff can enjoy. The trust has a space in the shade of a Cotoneaster tree that would be perfect for a garden feature. There is also a second project in the planning stages for a dementia garden in the opposite courtyard which would benefit from support and donations of plants.

Graeme Jenkins, CEO of Dobbies, said: “Through Helping Your Community Grow, Dobbies is delighted to be supporting so many gardening projects in the areas around our stores. It’s a landmark initiative for us and we are so proud to be helping so many community projects across the country to create a green space that benefits their local area.

“The team at our Southport Dobbies store understand the needs of their neighbourhood and have chosen three extremely deserving projects for the Southport community to choose from. We’re very much looking forward to finding out the results of the public vote, and we’re excited to help the winning project achieve its aims in the months to come.”

The winning project will receive support from Dobbies, including products, equipment and even team support from the staff at the Southport Dobbies store, to help them create a green space that the local community can be proud of. The project with the most votes, from all areas across the UK, will be the national winner and receive additional support from Dobbies.

The public vote is now live and will close on 29th August. The winners will be announced in September.

Votes can be cast at: https://www.dobbies.com/helping-your-community-grow