A reality TV star from Southport wants to help people feel positive about themselves after she appeared in The Big Body Hotel on the Discovery + channel.

Samantha Halsall flew to Antigua before Christmas to film for episode 5 of the series.

She said it was “a life changing experience” which has really helped her after going through a traumatic few years.

Now she wants to reach out to plus size people who may be struggling with their confidence.

The 32-year-old, who lives in Crossens with partner Chinonso, 29, works as a support worker with children in care with emotional and behavioural difficulties in Southport.

She saw taking part in Big Body Hotel as a great opportunity to change how she felt about herself.

The eight-part series chronicles plus sized tourists on their Caribbean holiday in the beautiful twin-island paradise of Antigua and Barbuda.The Discovery+ show sees guests check into the hotel designed with larger guests in mind and learn to embrace their bodies in a place where size is no obstacle to enjoying a care-free holiday.

Samantha said: “I saw an advert for The Big Body Hotel last April and decided to apply for it. It was advertised as a body confidence holiday retreat.

“I applied through Facebook and got called back the day after and had a phone interview. After that I had a Skype interview with one of the producers.

“All of my life I have had poor body confidence. I was bullied at school. My Dad was an alcoholic, my Mum had depression. I suffered from an eating disorder. That stems from trauma within my family dynamic when I was growing up. 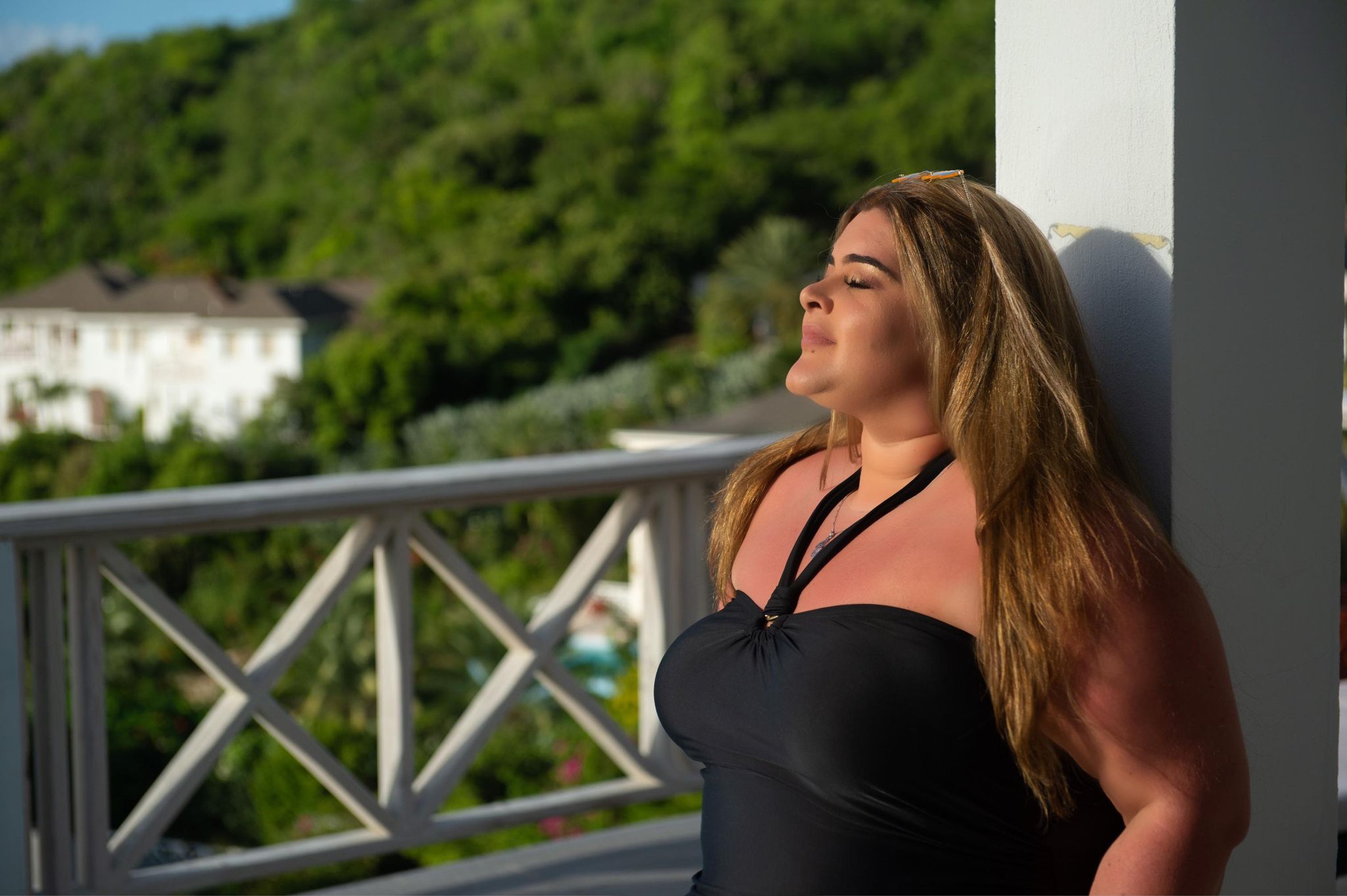 “I was bullied in school because I put weight on, because food became my comfort. It was something I would turn to when I was really sad, it became a comfort blanket for me.

“I would punish myself for eating, I would make myself sick.

“An eating disorder can be the most harrowing thing. When I was 21 I was in an abusive relationship and I lost seven stone in three months. Because of my bulimia, and through anxiety, I would inhale enough food to make myself sick. It took over my life – I couldn’t go to a shop or a restaurant because I was thinking I would need to find somewhere to throw up.

“It was hard because I would lose weight but then I would binge eat.”

The Big Body Hotel was a chance for Samantha to take herself away from everyday life and into a new environment where she could work with experts to gain confidence and change the way she thought. The setting couldn’t have been nicer.

The Caribbean retreat was nestled between palm trees and tropical flowers with balcony views extending straight out across the beach and harbour. Rooms opened up directly onto a small intimate beach.

Samantha said: “When in Antigua we stayed at this amazing, beautiful place called the Catamaran Hotel, which has been changed and adapted for plus size people.

“We had an activities coach and a body confidence coach. They would work with us both on screen and off screen. 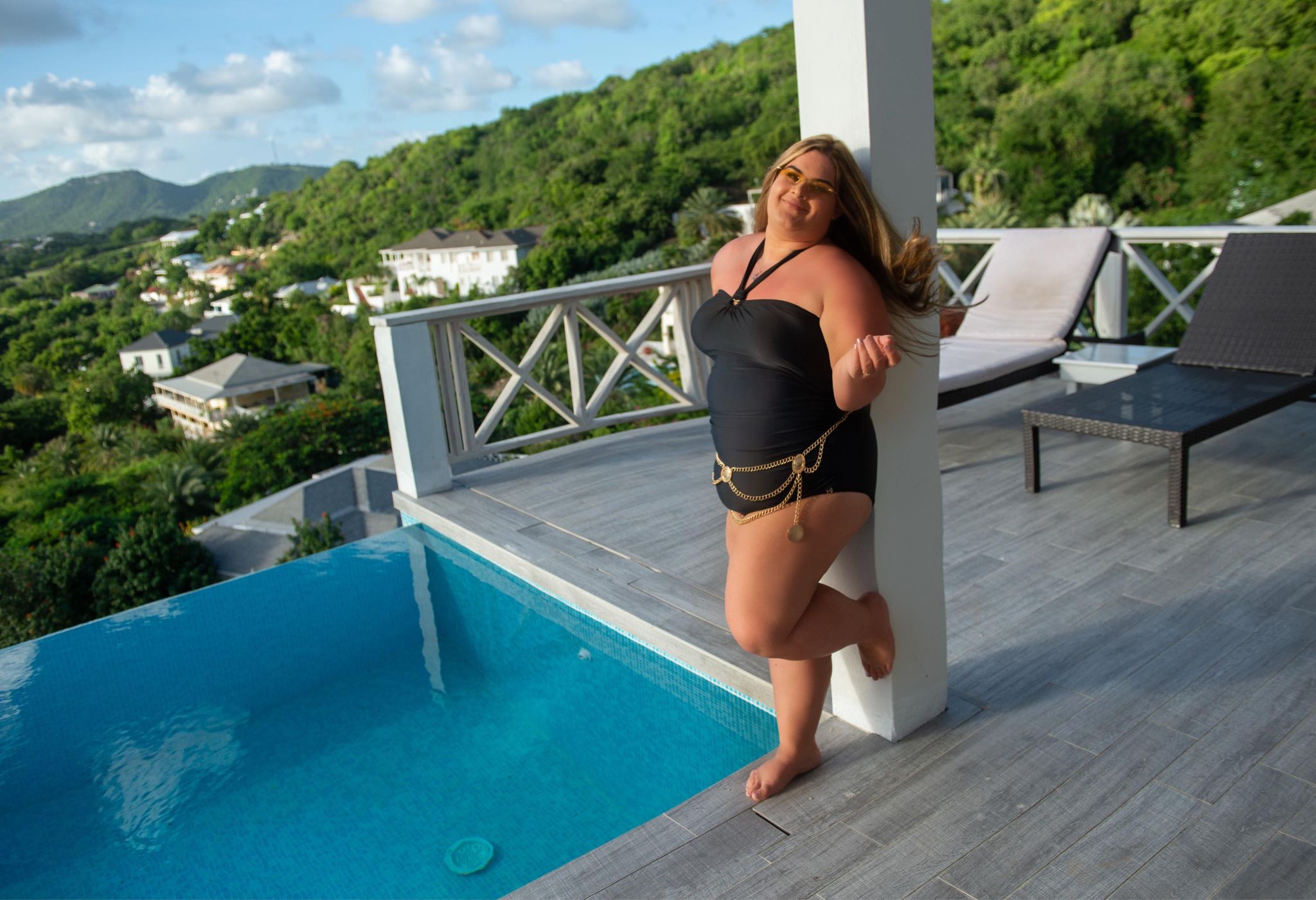 “They were going to weigh us on the TV, but I refused. People are defined by numbers, which is wrong. I don’t want to be stuck in a weight bracket.

“The Big Body Hotel is all about body positivity and embracing who you are no matter what shape you are. It is everything in a one stop feelgood body positive show that will leave you full of emotion. It felt like heaven on earth, there was no judgement.

“You go through the highest highs and the lowest lows when you are there.

“In this day and age, plus sized people make up over 40 per cent of the population of the world and to me even though I live through being a plus sized female, and I have done all of my life, the mind boggles that people can still be so cruel over things that may be outside someone’s control because society has deemed a ‘normal’ person to be a size 10 size 12.

“I can truly say that from being on the show I love myself and embrace myself just the way I am.”

Samantha wants to make it clear that she is not losing weight because she is unhappy with her size or how she looks, she is losing weight as she is on a quest to have a baby.

Sadly she has previously suffered a loss of two babies.

Samantha is a campaigner for body confidence and body positivity, and encourages people to be happy at any size.

She said: “Since joining Slimming World Southport with Dee I am a stone and a half down. Dee has been amazing, she is phenomenal. She is always there for you.

“When I came back from Antigua, I dipped mentally for about eight weeks. But now I have come back, my life has changed.

She is now also modelling for a local business in Southport, Sparkles Boutique on Hart Street. 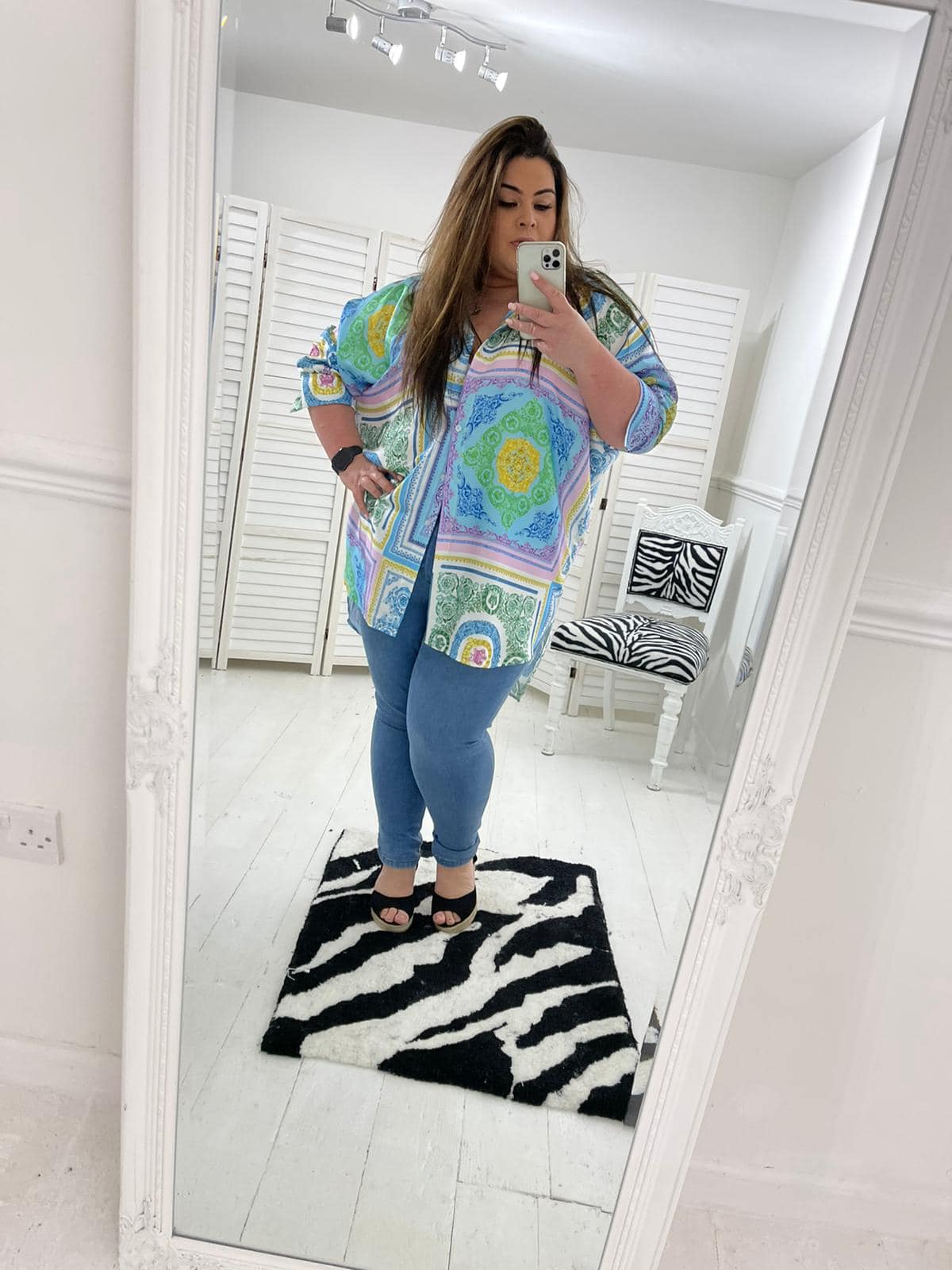 Owner Sheryl Flint said: “When I saw Samantha on The Big Body Hotel and I just thought she is beautiful, I would love her to come have a photoshoot and model some of our Curvy Couture range for us. So I messaged her and she accepted.

“I was so pleased as we like to show our clothes on real women of all sizes.

“We are so pleased to be back opening again as a shop but we also have online too where we will be putting Samantha on our website www.sparklesboutiqueuk.com under our curvy range. We go from size 6-26 and aim for every age in fashion so it’s a place you can have Nan, Mum and daughters in and all love shopping.” 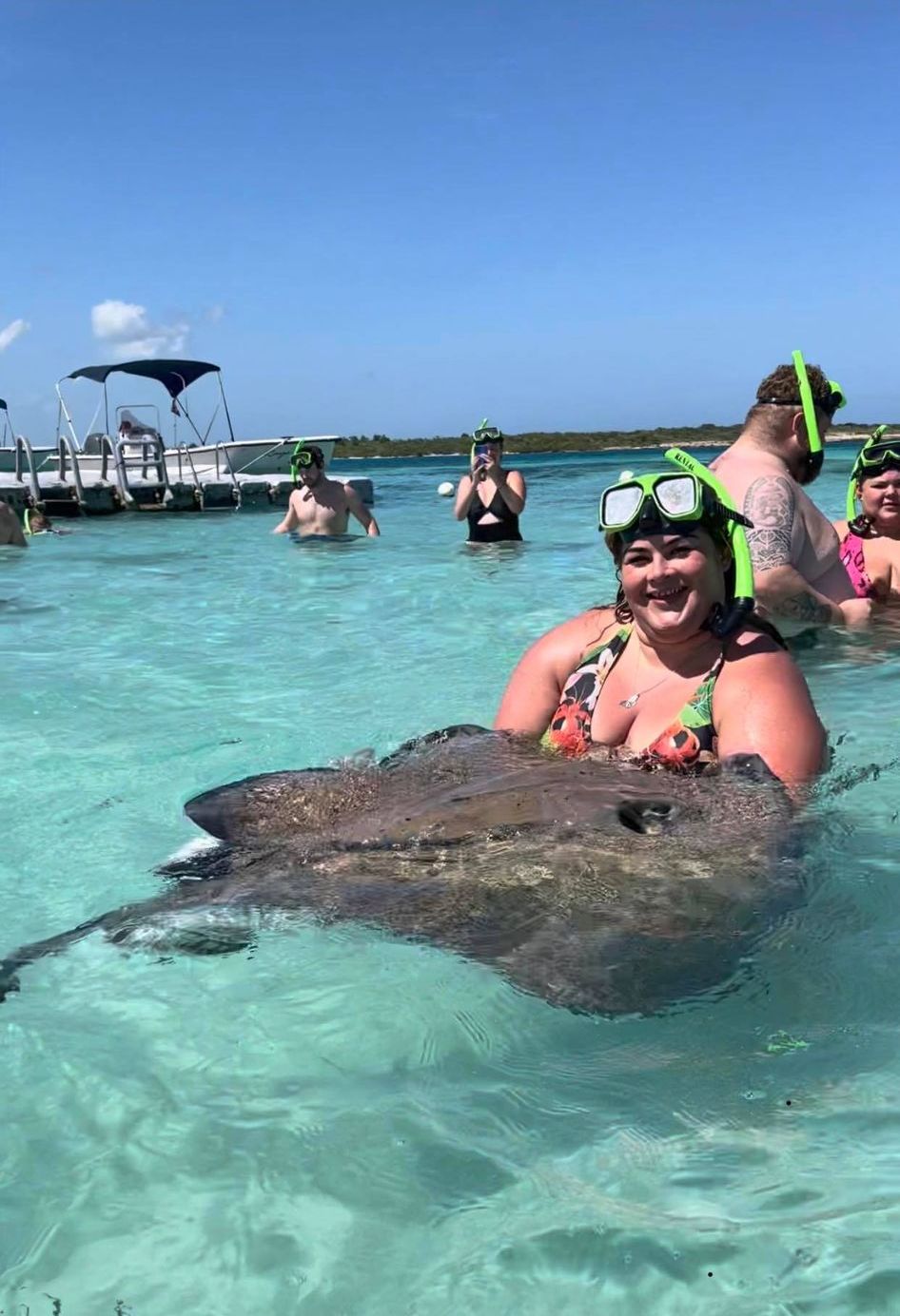 Samantha is now keen to become a role model and help other people out there who might be struggling with how they look.

She said: “People see plus size people as different in many ways. We are not. Forty per cent of the world’s population are plus size.

“I want people to feel as good as I do and change the perceptions of what people think.

“I am overweight for medical reasons, not from eating too much food.

“I want people to be able to inbox me if they ever want to talk.”

Episode 5 of The Big Body Hotel will be available  on Freeview from May. Samantha will announce the details through her social media channels.

You can get in touch with Samantha via: