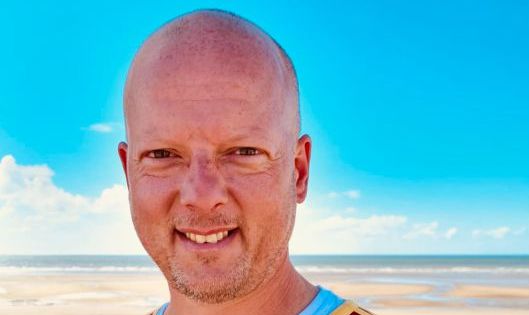 A Southport resident has thanked his local Member of Parliament for helping him twice: first to secure his medical diagnosis, and then to help him to regain his driving licence.

Mr Andrew Sharrock had to surrender his license last year after suffering from blackouts and a shortness of breath.

He has now thanked the town’s MP, Damien Moore, for stepping in, firstly to help to secure a diagnosis for his rare condition, and then to get his driving licence back from the DVLA so he could return to work.

Mr Sharrock said: “At the start of last summer, I started getting out of breath going up the stairs to my flat, which is on the second floor. I used to do high intensity cardio at the gym a lot and I was super-fit before the first lockdown, but suddenly I was struggling to get up my own stairs.

“I was getting tight-chested and light-headed, but I just put it down to lack of fitness because of the gyms closing. I never could have imagined what it actually was. By the end of July, outdoor personal training was allowed, and I started sessions to build my fitness back up. I was in the middle of an intense workout with my trainer, when the tight chest and light head came back on and I felt dizzy and disorientated. I had never felt anything like it.

“It was as if someone had got a sledgehammer and clouted me around the head with it. I leant on the garage door and the next thing I knew I was waking up on the floor.”

Mr Sharrock went to Southport A&E where he spent 11 days. The 47-year-old was given a referral for an MRI scan at Broadgreen Hospital in Liverpool, a specialist cardiac hospital, as he waited to discover what was wrong.

He was anxious to gain a diagnosis and to be able to return to work but was struggling to receive any correspondence relating to his diagnosis from the authority.

He contacted Damien Moore MP to see what support he could provide. 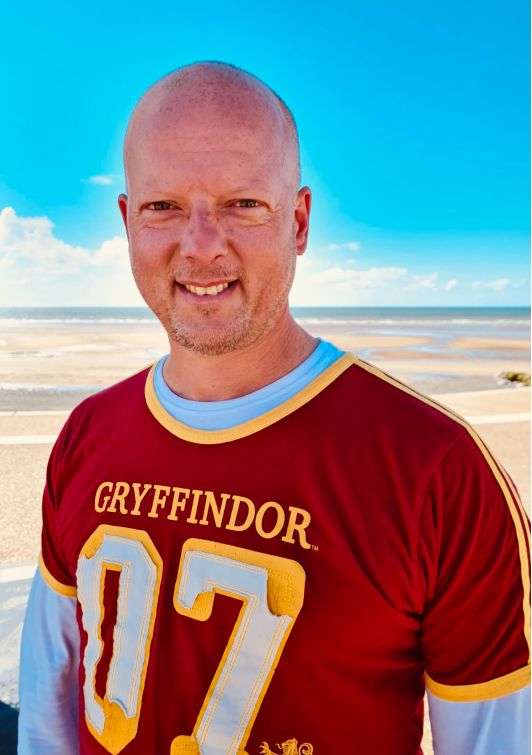 Mr Sharrock said: “Damien Moore chased up Southport Hospital for me, asking them to send their referral to Broadgreen Hospital so I could have a scan there. The hospital told me they were referring me to Broadgreen Hospital, but a couple of months had passed, and I hadn’t heard anything. I thought things would have happened a bit quicker.

“I contacted Damien Moore, asking if he could help to chase things up for me. When he contacted Southport Hospital, they said that the paperwork hadn’t been sent yet. I wanted to know what was wrong with me.”

A subsequent visit to Broadgreen Hospital was followed by a referral to Sheffield Royal Hallamshire Hospital, where Andrew was diagnosed with a rare but treatable condition called pulmonary hypertension.

He said: “That was a real turning point. The doctors in Sheffield looked at the scans from Broadgreen and gave me my diagnosis. I had never heard of pulmonary hypertension, but it was explained well to me, and I was told that my case was one in a million.

“I was transferred to the specialist centre and had a right heart catheter. The diagnosis was confirmed there and then. They knew what medication to put me on. I was prescribed calcium channel blockers and sildenafil, and I was an in-patient for almost two weeks, which made a tremendous difference. I was a different man coming out of the specialist centre to the one that went in.

“I noticed the difference as soon as I got home, when I walked up the stairs to my flat and didn’t feel the tight chest or breathlessness. Most days since, I’ve been out walking, and I recently walked 23 miles in one day.

“I go along the sand dunes on the coast from Southport towards Formby, often with my camera. I feel really positive for the future and that we’ve got good control of the condition. They put me on a treatment plan and things started looking up.”

Andrews’ blackouts meant that he had to surrender his driving license last November to the DVLA whilst he waited for his diagnosis. Now he was diagnosed, and doctors put him under a treatment plan, medics supported his application in January to get his driving license back so he could return to work.

Mr Sharrock works at the Walkers crisp factory in Skelmersdale, a difficult place to reach via public transport from Southport. He faced another frustrating wait to hear anything back.

He said: “I needed to be able to get back into my car to return to work. I was eager to get back. My doctors were happy for me to drive again, but I was waiting for a few weeks and didn’t hear anything back from them.

“Mr car is a vital thing for me – I didn’t fancy walking to Skelmersdale to get to work! I contacted Damien Moore MP again to ask him if he could chase up the DVLA. I was aware DVLA has been operating on a limited number of people due to the pandemic. Within three weeks, it was sorted out and I was very pleased.

In his letter to Southport MP Damien Moore, Mark Pitman from the DVLA Complaints Team said: “I do accept that there have been administrative delays in dealing with Mr Sharrock’s case. Due to the pandemic, we have been working with limited resources, and this has delayed the administration of cases that require medical investigation.”