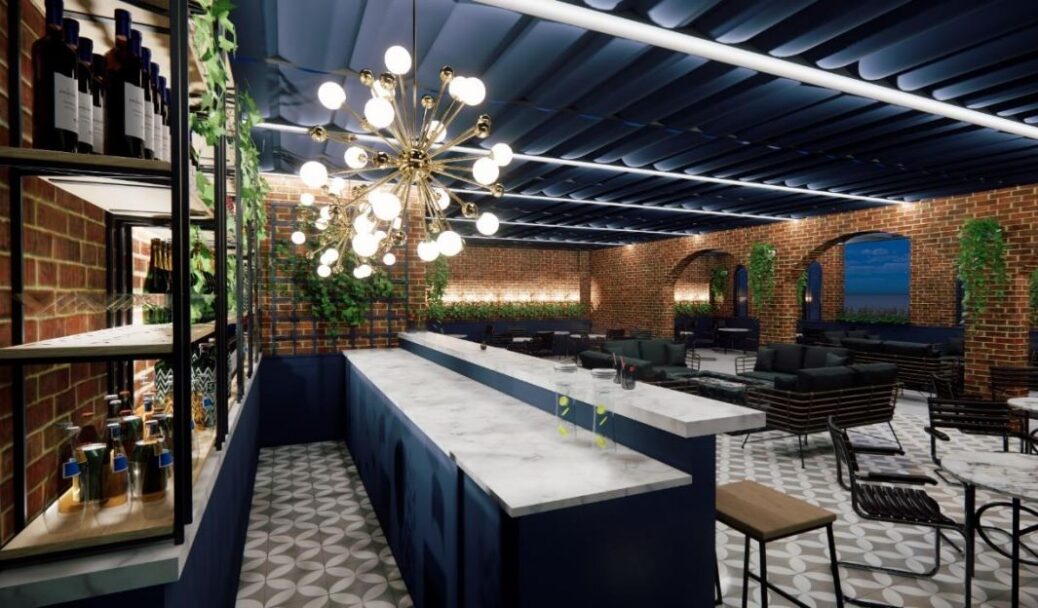 A Southport town centre hotel will soon boast a stunning roof terrace with a retractable roof with “a unique experience” for the town.

The striking plans have been designed by Clayton Architecture Limited, which is based in Ainsdale in Southport, on behalf of Mikhail Hotel & Leisure Group.

The application also calls for the conversion of the attic at the Grade II Listed three-storey hotel into two new hotel rooms.

Mikhail Hotel & Leisure Group owner Andrew Mikhail said: “We are delighted that planning has now been approved for this exciting addition to The Bold Hotel allowing us to continue investing in Southport.

“The continued support from our tremendous leaders within the local council keeps us driven with a mutual vision to improve this wonderful area.”

Joe Clayton, Director of Clayton Architecture, said: “It is great to work alongside a business owner (Andrew Mikhail) who is so keen to invest in the local economy.

“They set us the challenging task of obtaining Planning Permission for an open air roof terrace on a Listed Building!

“Not many people have that kind of vision but it helps to keep our role extremely interesting.

“The Local Planning Authority, Sefton Council, has been very engaging throughout the process as well.

“We have had multiple discussions to tweak the proposal and make sure that everyone along the way has been happy.

“Overall it is a project we are grateful and proud to be a part of and we can not wait to get construction under way!”

The planning approval is brilliant news at a time when the easing of lockdown restrictions mean that hotels, restaurants, bars and cafes will now be able to fully reopen as they welcome guests back inside their buildings. 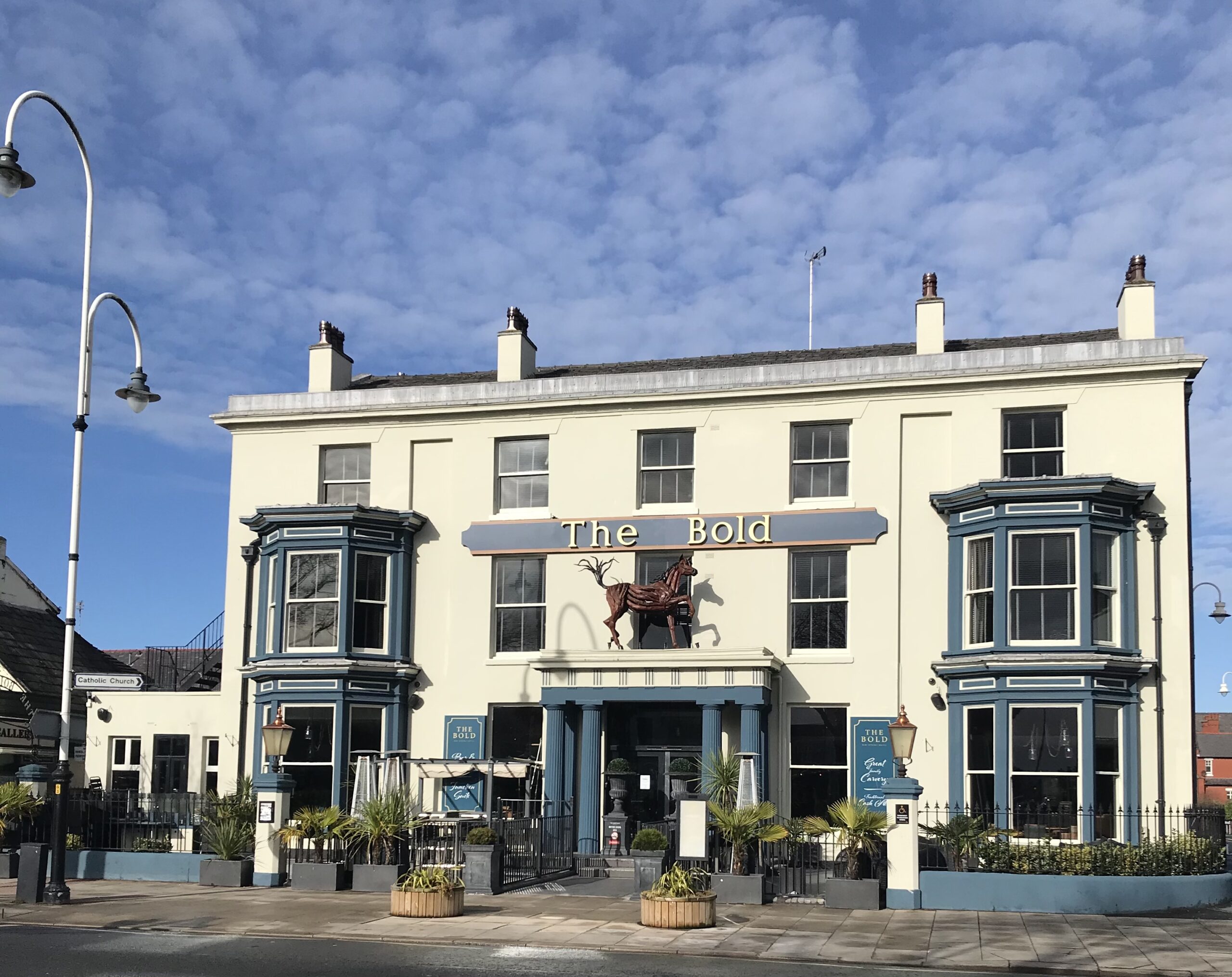 A couple of the proposals in the scheme were amended following discussion with Sefton Council, including that the roof terrace must not be open after 10pm Monday to Saturday and 9pm Sunday. The original application called for 2am opening in line with other nearby businesses.

“In addition, the application proposes the conversion of the existing roof into a space for a bar and seating area which would be enclosed by an increased parapet wall with, punctuated by window openings and having a retractable roof.

“Policy ED7 requires development proposals within the Southport Central Area to make a positive contribution to the economic function of the area, the quality of the environment and maintain the significance of heritage assets and their settings. It also requires that development has no unacceptable impact on existing living conditions.

“In principle, the extension to the bar could create economic benefit to Southport Town Centre and would be situated in a location within which there are a number of outdoor seating areas associated with the restaurants and bars found in this town centre locality.

“Taking all of the above into account, the proposal is considered acceptable. It will not harm the character of the appearance of the Lord Street Conservation Area nor the setting of a Listed Building, it will provide economic investment and secure employment. Subject to conditions it is not expected that the bar would significantly harm the amenity of neighbouring businesses or residents and suitable access arrangements are proposed.”

The existing flat roof will now be converted into a roof terrace for additional external bar and seating. 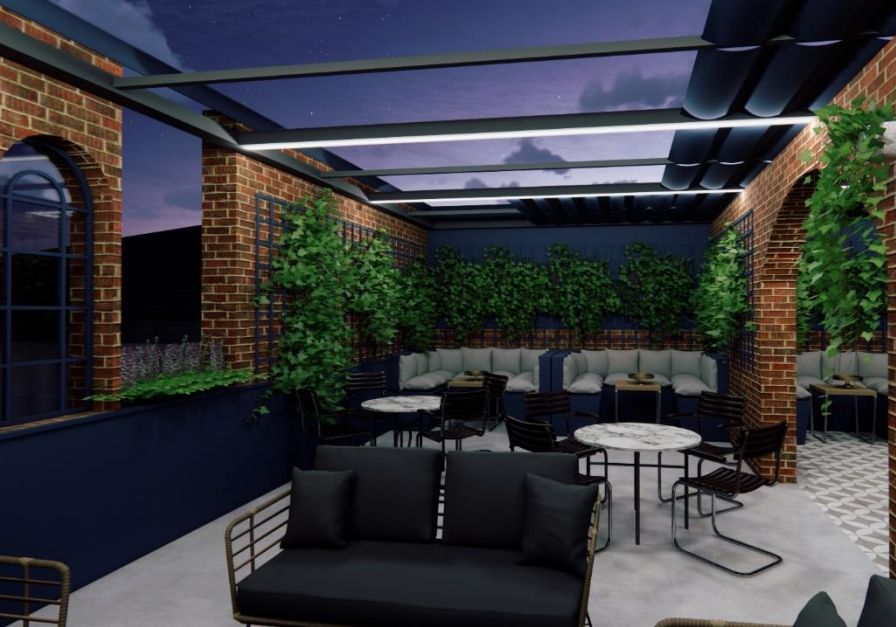 Concept images for the proposed new roof terrace with retractable roof at the Bold Hotel on Lord Street in Southport, designed by Clayton Architecture Limited

Last week, Stand Up For Southport revealed how Mikhail Hotels & Leisure Holdings Limited had submitted a planning application to transform the Grade II Listed Harrison House, on Liverpool Road South in Maghull, into a hotel with a restaurant, bar and lounge, with a single storey rear extension. The scheme will create 50 new jobs.

Owner Andrew Mikhail said: “We are incredibly excited and proud that we can continue investing in Southport.

“The encouragement from the tremendous leaders within the local council to improve this wonderful area help to keep us driven with our plans.”

Last year the company transformed the restaurant at The Bold Hotel into a stylish new carvery.

“The attic conversion will enable the hotel growth whilst utilising underused space within the building.

“Over the years the property has undergone various improvements whilst under new management. The previous works have improved the condition and overall aesthetic appearance of this Grade II listed building, whilst also increasing footfall and business through improvement works.

“Due Covid-19, the applicant is looking to maximise the site potential and increase the capacity for external seating. External seating has been very important over the last few months for certain hospitality businesses, as such reviewing the overall capacity and availability of this is crucial in case such restrictions are reintroduced.

“The new area will be fully external with retractable canopies, these will offer external seating year round and provide guests / visitors with a unique experience with an outlook towards the Southport Coast.

“The proposed roof terrace has been designed to include a platform lift, this is something which the hotel currently does not have, this will enable the roof terrace to be fully accessible by all.”

The Bold Hotel was built in 1832 and is listed by Historic England as ‘probably the oldest surviving hotel in Southport’.

During this time the resort was still in relative infancy. Originally a collection of fishermen’s cottages, the first villas and hotel appeared around 1798. A decade later there were two hotels and three by 1821; by 1825 Lord Street had been laid out, and was lined with cottages and villas.

The Bold Hotel takes its name presumably from Henry Bold Hoghton, one of the landowners responsible for the early development of Southport. It was originally the Bold Arms Hotel.

The building that stands today is the product of two main building phases. The three-storey main block, in restrained Neoclassical style, is of 1832 but a long rear wing to Seabank Road dates probably from the 1870s-1880s, when the facade’s prominent two-storey bay windows may also have been added. Further rear additions date probably from the 1970s.