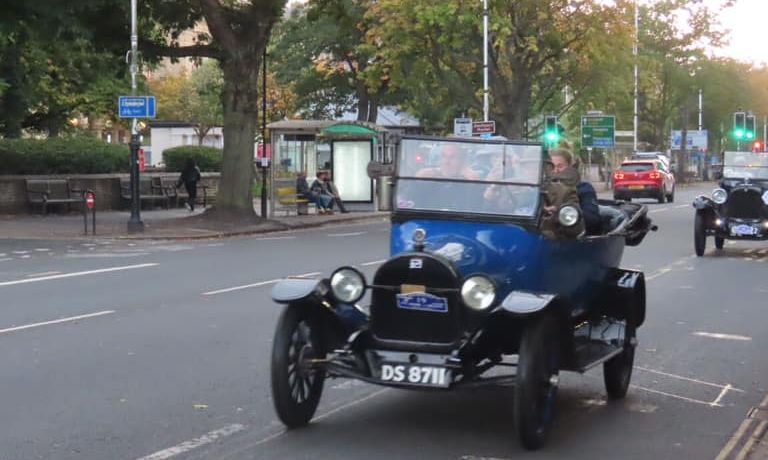 Spectators can enjoy a brand new Spring Revival Demonstration Run which is taking place at this year’s Southport Classic and Speed event.

The run will take place on Marine Drive in Southport on Saturday, 10th September 2022.

Organiser Mike Ashcroft said: “We are delighted to reveal that we will now be running a closed road demonstration run along a half mile / 820m section of Marine Drive in Southport.

“This will revive the historic sprint course that used parts of Marine Drive up until the early 1960s prior to the establishment of the Coastal Road.

“For 2022, this will be a non-competitive, untimed, low speed event for a small number of invited cars and drivers.

“Cars will run individually along Marine Drive with the Start opposite the Southport Offshore Rescue Trust / Southport Lifeboat station with the Finish on the approach to Southport Pier, opposite Ocean Plaza.

“The Mayor of Sefton, Cllr Clare Carragher, will undertake the formal Ceremonial Flagging-Off of cars with the Union Flag with cars starting at approx’ 1 minute intervals.

“The road will be closed under a TTRO from 1.30pm until 5pm with runs expected to start at 2.30pm.

“The public will be able to view the event from the Seaside Promenade Terraces and from Southport Pier.

“Cars will also be on show in The Victoria Park Paddock from late morning until they are driven to the event start area.”

For Public Safety, most of the landward side of Marine Drive will have prohibited areas that will be clearly designated and controlled by Marshals.

During the event, Marine Drive access will be closed from:

An approved Diversion Signage Schedule and advanced notice signage will be implemented by our contracted Traffic Management Organisation.

All businesses and organisations directly affected by the Road Closure and Diversion have been advised by Sefton Council Highways and Aintree Circuit Club has also undertaken a Consultation Process for both 2022 and in advance for 2023.

The Star at the event will be the ex-Jim Clark Lotus Cortina, Jim being the winner of the last British Grand Prix to be held at Aintree 60 years ago.

Southport Classic and Speed is organised by Aintree Circuit Club Events Ltd and sponsored by Liverpool based Cataclean (the only patented fuel, exhaust and engine cleaning system on the market), supported by Hatfields Jaguar Land Rover, in association with Victoria Park Events, Sefton Council and Southport BID.

This year’s free Southport Classic and Speed will take place on Sunday, 11th September 2022 from 10am onwards.

Organiser Mike Ashcroft said: “This year will celebrate both the 65th anniversary of the first all British GP win and the 60th anniversary of Jim Clark’s victory in the British Grand Prix at the nearby Aintree circuit.

“The Jim Clark Trust which focuses on promoting and celebrating the story of the legendary Scot, described by Ayrton Senna as ‘the best of the best’, will be a beneficiary of the day’s activities.

“Gates will open at 10am for free entry to the public with admission charges applicable to special paddocks.

“Food and drink will be available on site along with craft stalls, trade stands and specialist displays.

“Awards will be presented to the winners in the show’s various concours categories during the afternoon before the event closes at 4.30pm with a parade of the road legal cars through Southport, following the route of the 1903 speed trials.

For more details about the event, or if you are interested in taking part, please visit: www.southportclassicandspeed.com