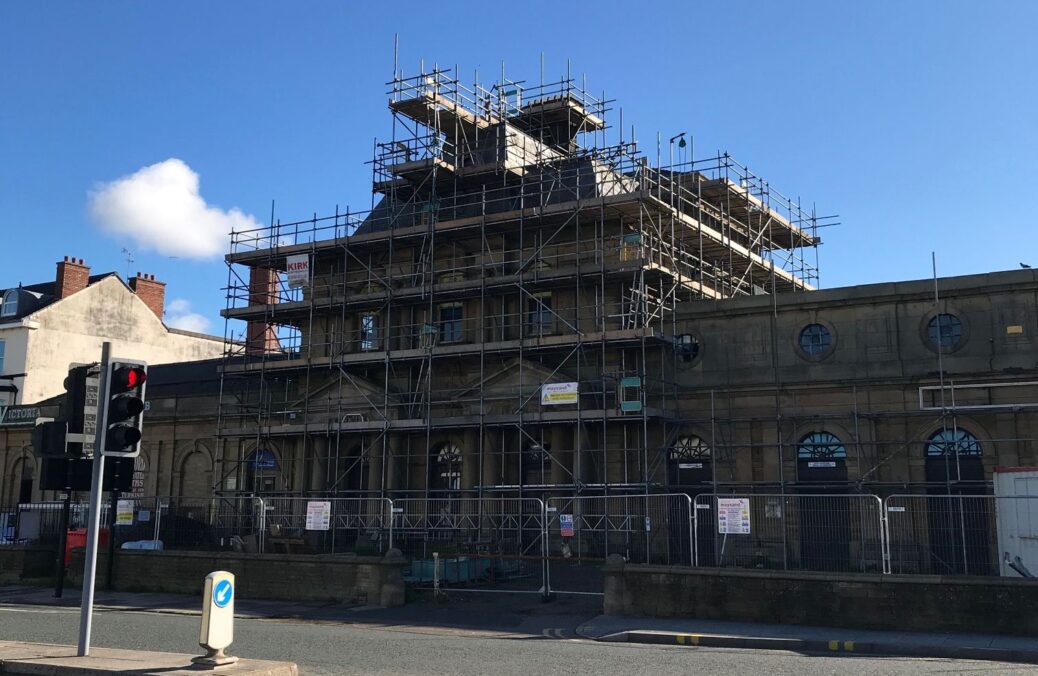 Essential repairs are being carried out at one of Southport’s most historic landmark buildings.

Masonry and building conservation specialists Maysand is currently on site, restoring Victoria Baths, which was built during the Victorian era.

The firm has restored a number of landmark buildings in the UK including Chester City’s walls, the Greek Orthodox Church in Liverpool and Blackpool Tower.

Sefton Council has allocated nearly half a million pounds towards the project.

The stunning Grade II Listed building, which was once home to the Palm Court and Manhattans nightclubs, has been empty for the past 15 years.

Southport’s ‘new Victoria Baths’, on the Promenade, were opened in 1871 on the site of the original baths with the same name. In addition to the Turkish baths, there were first and second class swimming pools, slipper baths and showers, separate sets of each being provided for men and women. There was also a gymnasium for men.

The baths were originally built for the Southport Baths and Assembly Room Company Limited, but changed hands twice before being leased by Southport Corporation in 1910, and bought by them in 1919.

Since around 1980, the building was sub-divided. Victoria Leisure & Fitness has operated successfully in part of the site over the past four decades while other parts of the building were used for the Palm Court and Manhattans nightclubs underground, with bars including Hogans and Cue Bar on the ground floor.

Sefton Council has now contracted Maysand Ltd, from Oldham, to carry out essential repair work to the outside of the building at a cost of  £462,526.

In his report to councillors, Sefton Council Head Of Corporate Resources Stephan Van Arendsen said: “The Council owns the freehold interest in the Victoria Baths Complex. Since around 1980, the complex has been sub-divided and used for a number of leisure uses. Today the northern section of the complex is leased to a private operator and used as a fitness club with swimming pool, gyms and a squash club, however the southern portion remains under the Council’s control and has been vacant for over 15 years and is deteriorating.

The urgent works are predominantly structural works to:  the main facade stonework to the front elevation, rear elevation walls, including party walls; rear elevation brick tower  various roof areas  the subterranean brick vaults at the front of the building, which includes works to the walls and brick piers

The contract period on site would be up to 18 weeks plus a two-week mobilisation period.