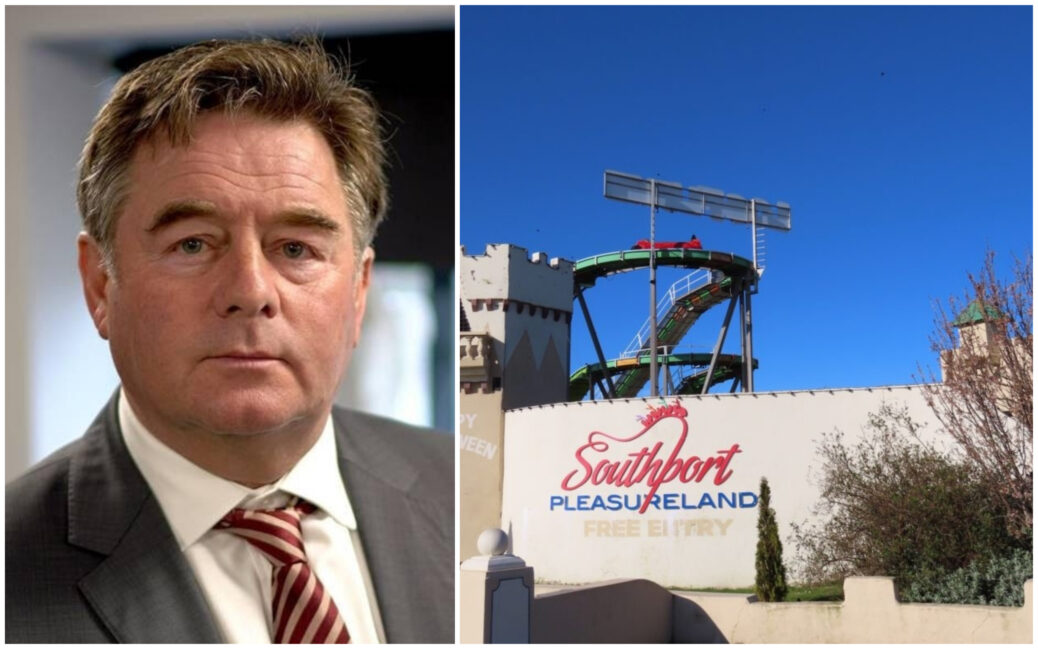 Southport Pleasureland could become the first carbon neutral attraction in the UK.

CEO Norman Wallis says the initiative is driven by his concerns over climate change and his desire to support our younger generations.

He said: “We must be responsible and also aware that the young are the prime drivers of sustainability and respect for the environment – an environment they will inherit.”

Southport Pleasureland is preparing to open its gates for the 2022 season on Saturday, 26th March.

Work is currently taking place to create some exciting new additions to the park, including a brand new Viking themed 18-hole adventure golf attraction with an associated ‘longhouse’ themed pub and eatery.

It is being built using reclaimed wood from trees at Formby Golf Club which were decimated by Storm Arwen in November.

Norman Wallis told the Southport Champion: “There has been a park at this site in Southport for a century, and now the park is working towards an authentic and deliverable carbon neutral future.

“Climate change is real; something can be done if we all act positively. If parks are there to serve families, then part of that privilege is being part of the package that will act to help protect them.”

Southport Pleasureland staff have also been busy over the past few months creating the impressive new ‘Big Wheel Southport’, a  34-metre high observation wheel which will have “breathtaking views” for miles around.

The illuminated wheel will be the highest accessible vantage-point near the seafront and will offer long-ranging, wide-vista views to passengers in its series of fully accessible six-person glass pods.

Work is also due to take place at the historic Southport Pleasureland Miniature Railway, which will soon boast a new station terminal, fish & chips cafe and ice cream parlour.

Built in 1911, it is the oldest continuously running 15-inch gauge railway in the world.

Longer term plans are also being progressed to build a thrilling new 35 metre high and 260 metre long roller coaster ride which will be built right along the Marine Drive coast road, which is on course to open in a couple of years’ time.

The park is also progressing with incredibly exciting redevelopment plans which it is keeping under wraps – for now.

All of the new plans are being progressed with the environment in mind.

Norman Wallis said: “Things have to be done in the right way. Impressive plans have to be weighed against the impact of development.

“As an industry, we must be responsible and also aware that the young are the prime drivers of sustainability and respect for the environment – an environment they will inherit.

“We are all stakeholders here.

“Where we do develop, we must be sensitive to what is around us and why and how we’re doing it.

“We are into the detailed planning of our development now, and it will include the use of reclaimed materials and alternative energy sources, from wind turbines to solar arrays.

“These are important measures, but they would be meaningless if they were outweighed by the environmental damage engaged in to deliver them.

“You can’t offset damage to unique and biodiverse habitats by planting trees somewhere else. “So we are pleased to announce we are using reclaimed materials, including trees from our own site, and from other local landowners, Formby Hall for example, which succumbed to Storm Arwen.

“It’s a valuable use of trees lost to a natural weather event, and more will be planted.

“Because we have, in effect a brownfield site, our environmental efforts have a head start and that’s something we are determined to keep hold of as we move on through this exciting phase for the park.

“If we are to be authentic about what we’re doing, then ensuring we don’t exact ecological damage in the process is critical.”