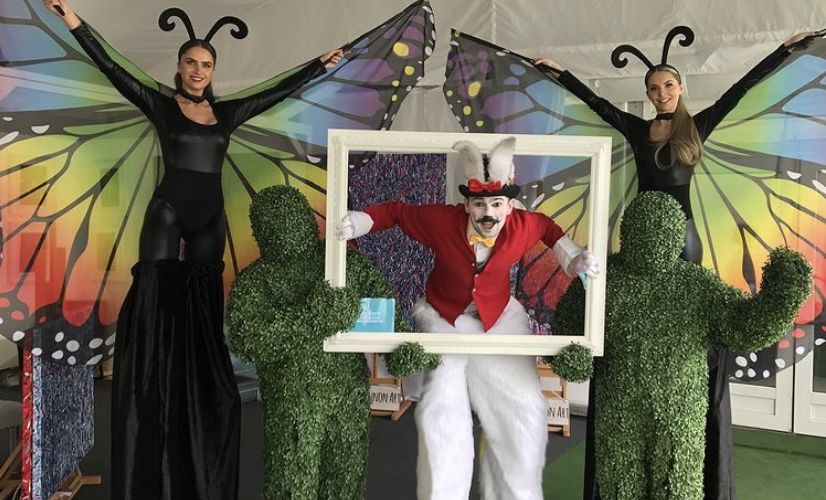 Winning a newspaper competition at the age of three set Southport model Lisa Hames on the path to a successful career in modelling, fashion and events.

Now the determined mum-of-one is delighted is running her own business in the industry and is excited to see businesses reopening and events returning as Covid lockdown restrictions gradually ease.

She has worked with a whole host of celebrity clients including Mark Wright, Jodie Kidd, Premier League football stars, soap stars, and Love Island among many others.

But it was a newspaper competition several years ago which set her on her way.

The Southport Star in 1980 reported: “Little Miss Personality, Lisa Jayne Hames and her Mum Adele must be the perfect pair.

“For as the sun shone over the Floral Hall Gardens in Southport they became the Star Mother and Baby champions for 1980.” 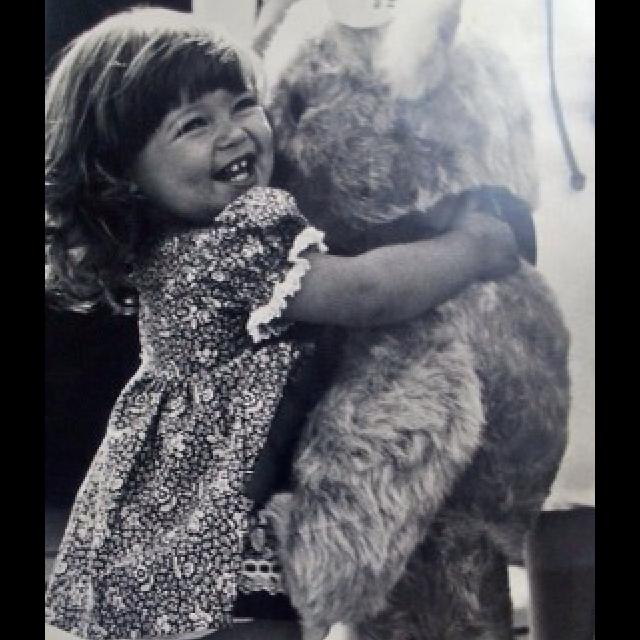 Lisa said: “I got a taste for the modelling and events world after winning the Southport Star Mother and Baby competition back in 1980, which went through different rounds. My Mum entered us into it.

“This then led me to finding a modelling career at an early age and resulted in more modelling work, and gave me a taste for building my own agency.

“After winning the competition I went on to be taken on by children’s modelling agencies, doing a lot of catalogue work. That built towards me doing catwalk shows around the UK, but mainly in the North West, for brands including Benetton, Versace, Marc Cain, Moschino and others.” 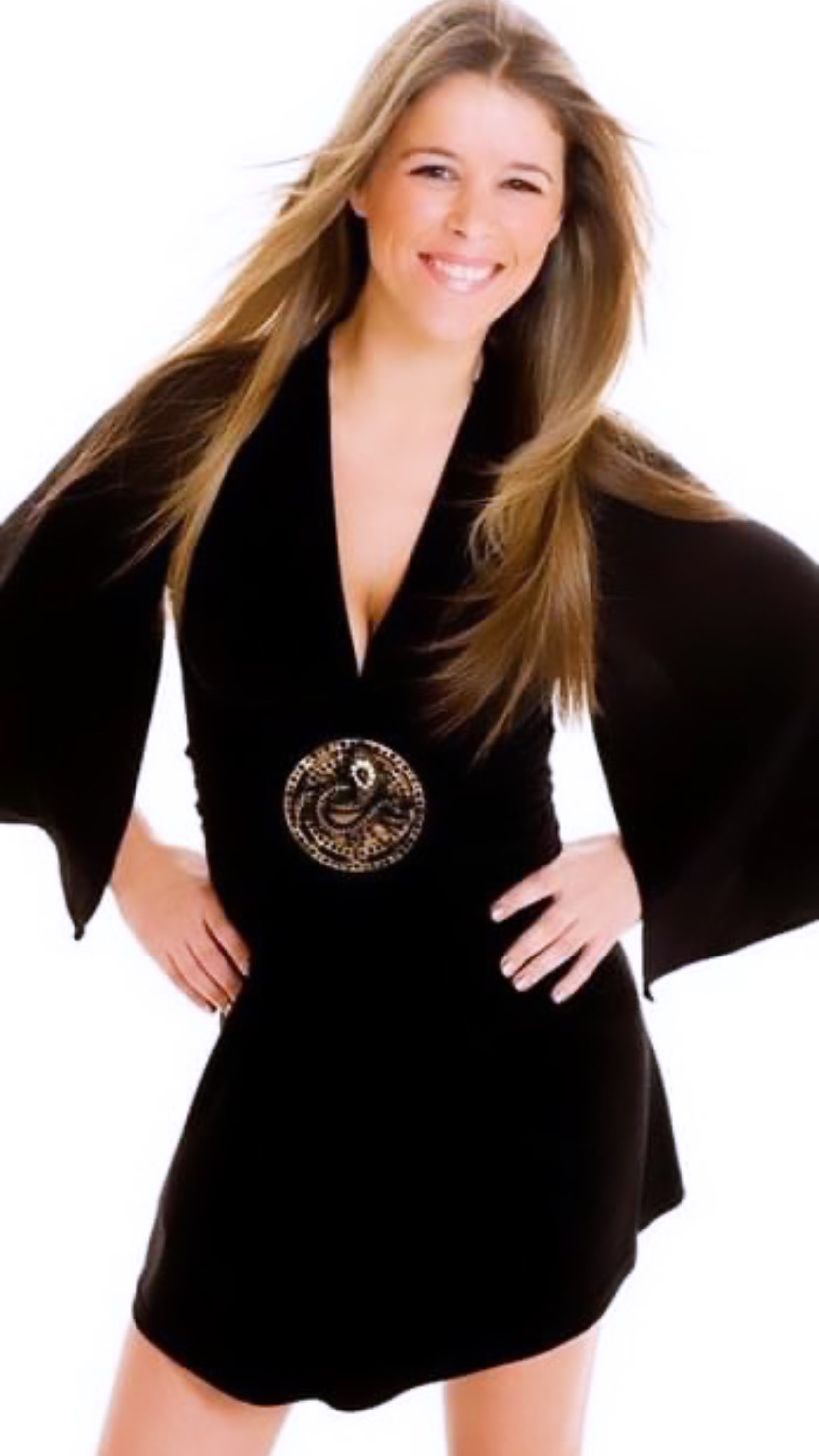 Lisa was born on Boxing Day in Christiana Hartley Maternity Hospital in Southport.

She went to St Philips Primary School before moving to Greenbank High School and then Southport College, where she studied Advance Leisure and Tourism and CIM in Marketing.

From there she forged an impressive reputation in the hospitality industry. At the age of 20 she became the youngest female licensee in the whole of the UK at Fountains bar on Lord Street, holding a National License Certificate.

She said: “I put on some fabulous events at Fountains, such as club nights, tribute nights, lots of other entertainment. I was learning all about the events industry from an early age. I was also doing some part-time modelling as well.

“Then I became a Mum to my son, Daniel, who is now 19, and took some time out to bring him up.

“After that I went back into work again, going back into the licensed trade and taking on more modelling work.

“I was also asked to organise various catwalk events which I did for Marina Dalglish in Formby, Janes Couture, Stick n Step, and others.

“When I went back into licensing I held licenses at various restaurants and bars in Southport including the Grill Inn, Cafe Matisse, Langs and Rueters.

“Whilst working there I was asked to organise some events with performers.

“I then decided to start an agency with a small team of models and a business partner.

“We started sourcing models, acts and performers from all around the UK. 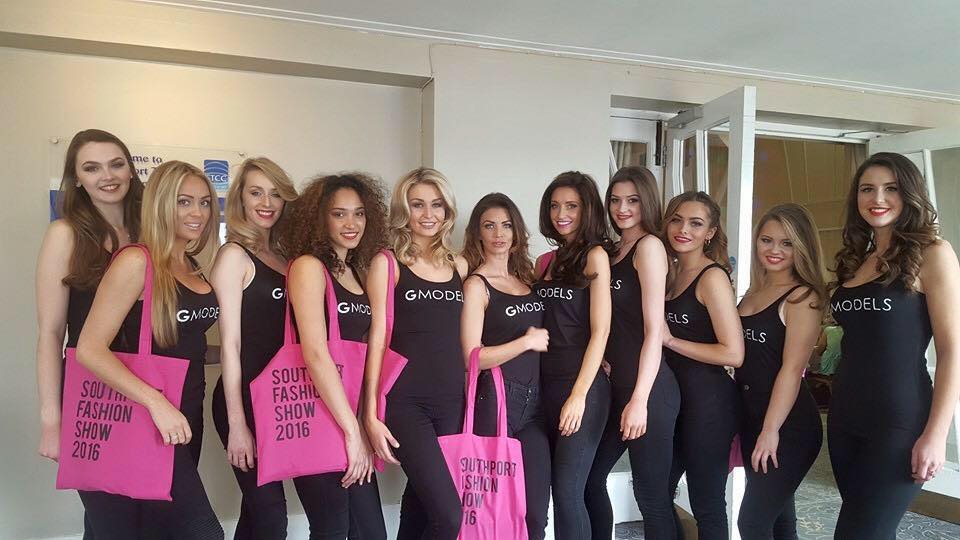 “With our background, we had a real understanding of the modelling industry and the events industry and that led to us gaining work from around the UK.”

Lisa then set out on her own, launching her GModels & Casting Agency on 14th October 2013.

The Agency provides a diverse range of models including commercial, high fashion, lifestyle and fitness to all areas of the industry throughout the UK, Ireland, Europe and internationally.

Their casting division works closely with clients to source models and actors to meet specific campaign requirements. Lisa’s skills and expertise rests in finding the right person for the right job. 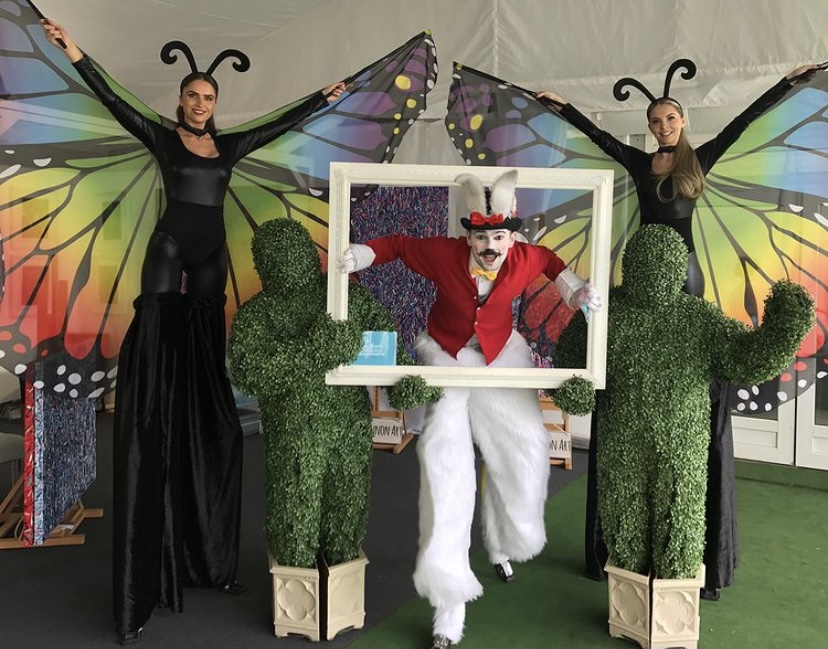 GModels also provides professional and experienced event managers, promotional staff, creatives, sought after performers and bespoke artists who specialise in all aspects of the entertainment, corporate and promotional industry.

Lisa said: “My background and my experiences help massively with people coming into the industry.

“It allows me to counsel and support my actors, musicians, models and others on a day to day basis.

“In the last 12 months, during the Covid-19 pandemic, it has been a very difficult time for everyone, as our performers are all self-employed.

“I have been keeping in touch with the majority of our acts and artists.

“These people are highly trained and have performed for years to get where they are now.

“Hopefully we will be back with a bang, we are hoping for a really good year this year.” 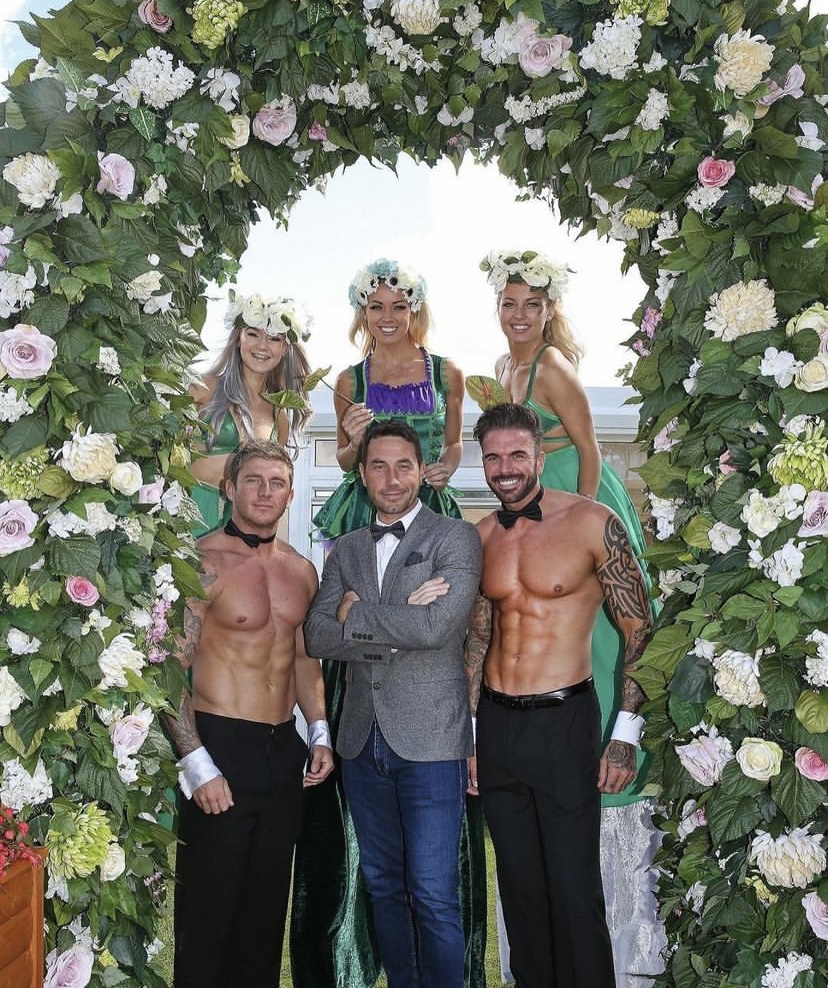 GModels & Casting Agency is already becoming inundated with bookings for events this year, although some firm favourites won’t be taking place.

“We provide walkabout entertainment at the Show as well as entertainment for the Southport Flower Show Ladies Day, where I have been a judge.

“We have also provided acts and entertainment for other places in Southport, including the Southport Christmas Lights Switch On, the Southport Halloween Festival and others.

“I also starred in the ITV television advert for Southport Pleasureland!”

Lisa is passionate about her hometown and has been keen to put something back into her local community.

On 28th April 2015 she was invited to become a board member of the Community Link Foundation. It is a local charity with a difference; they assist anyone in Southport and surrounding areas who need financial support in the form of a variety of ways.

Lisa said: “I just wanted to help the Community Link Foundation and give something back. 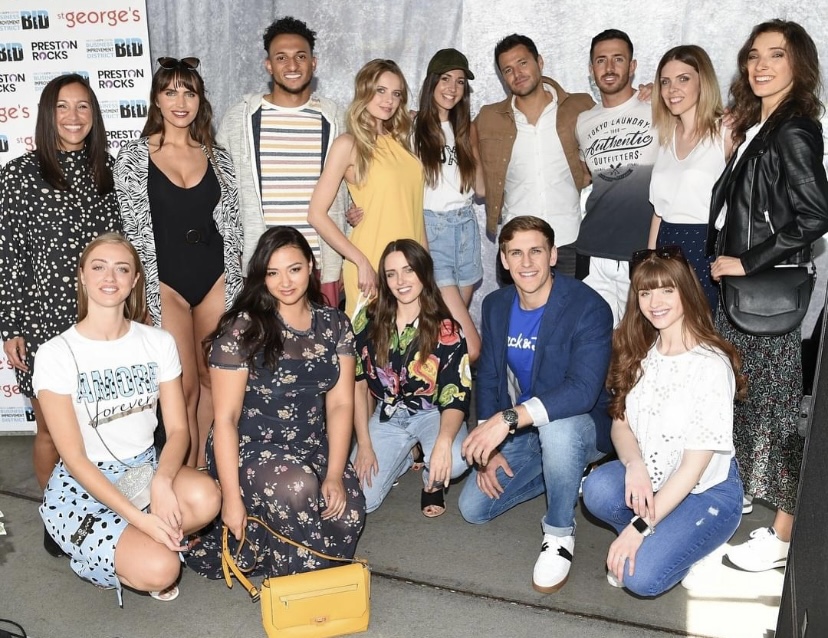 “I have been able to support them with my expertise in the events area, helping them with a number of fundraising activities as well as being a keen networker.

“I wanted to help and support as many people as possible, working closely together with a number of business people.”

GModels & Casting Agency is now busy preparing for work across the UK this year as Covid restrictions ease.

They are adept at entertaining and attracting shoppers and bringing money into local businesses, with 11 UK shopping centres on their books.

G Models has organised a number of events in Chester, including private celebrity parties and large corporate events.

Bolesworth International Horse Show, and are delighted to return when it takes place this year on 7th – 11th July 2021.

Lisa said: “The first year we were there we staged a fashion show which was compered by Jodie Kidd. Then they asked us to start organising some entertainment for them too.

“I can’t wait to be back there this summer!

“We have been busy across Liverpool too in the past few years, organising fashion shows, club nights, launch parties, corporate events and lots more.

“One great fashion show we organised was in Preston, at Preston Fest, which was hosted by Mark Wright.

“At Fishergate in Preston we worked with models from Love Island for a big fashion show there. We have had a number of models with us who have featured on Love Island. 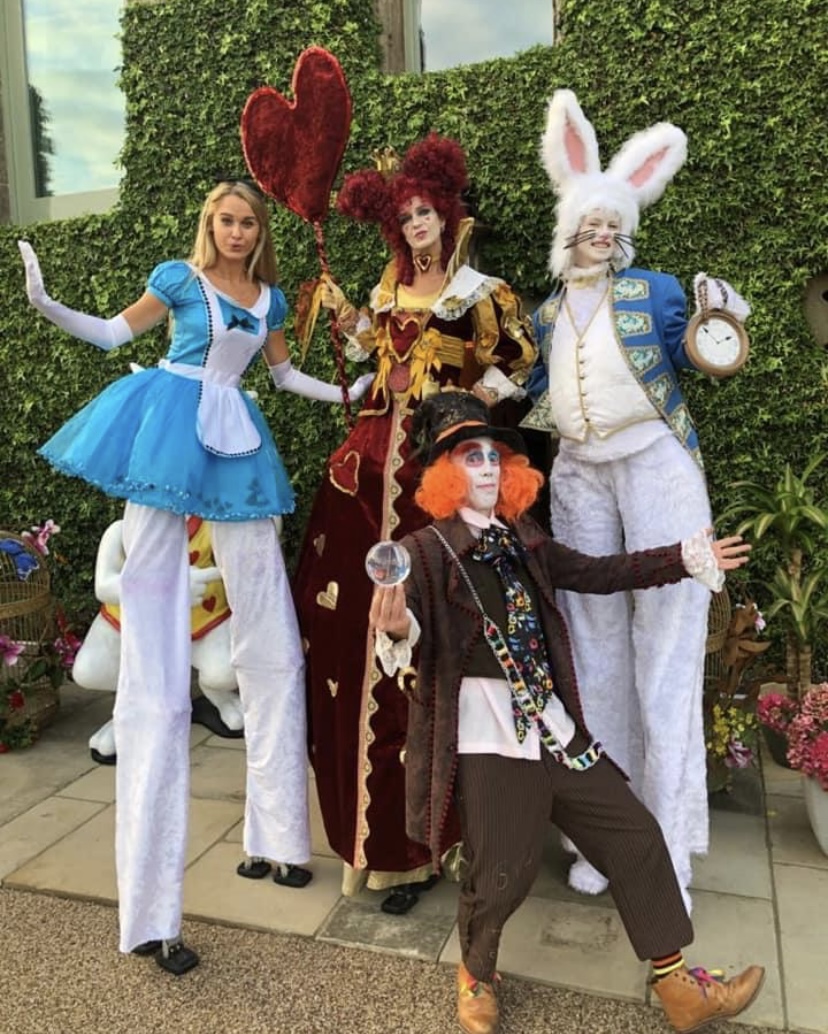 “We have done lots of events with Lancashire County Cricket Club, and have worked with Manchester united on their Player Awards.

“I have also done lots of work with Knowsley Council to provide street theatre and other performances to try and attract shoppers to the town.

“We also provide acts and artists for Spinning Gate shopping centre in Leigh.”

It promises to be a busy year ahead.