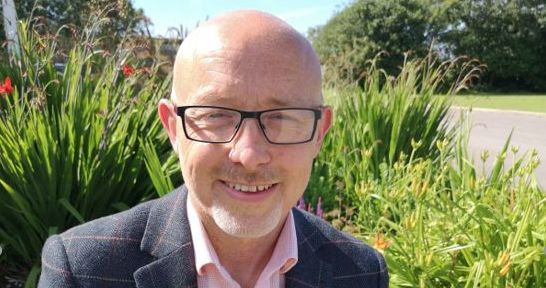 Southport Flower Show is nearing its centenary event with a new General Manager at the helm, declaring the role his “dream job”.

The first Southport Flower Show was held in Victoria Park in 1924 and plans are underway to make Britain’s biggest independent flower show bigger and better than ever in the coming years.

Here are 10 things you didn’t know about Alan Adams:

1 – He was educated at Birkdale Primary (Bury Road) and Birkdale Secondary School in Southport.

2 – He entered the Civil Service in 1989, and was a Senior Project Manager at the Home Office at the time of leaving.

3 – His hobbies include volunteering, as he has always wanted to get involved and help people.

His volunteer roles include a place on the National Board of CSSC (Civil Service Sports and Leisure), and Chairman CSSC North West Region and member of Merseyside CSSC Area Committee.

4 – He was runner-up as National CSSC Volunteer of the year twice in the last three years.

5 – He was invited to the Royal Garden Party at Buckingham Palace in 2019 in recognition of his services to volunteering.

6 – He is a Past Parent Governor at Greenbank High School and Meols Cop High School in Southport.

10 – Born in Nuneaton and moved to Southport at the age of 9 when his family bought a newsagents in Birkdale in 1979. He has a great passion for the town and its community and proudly regards himself as an adopted Sandgrounder.

For more details about Southport Flower Show please visit their website at: www.southportflowershow.co.uk