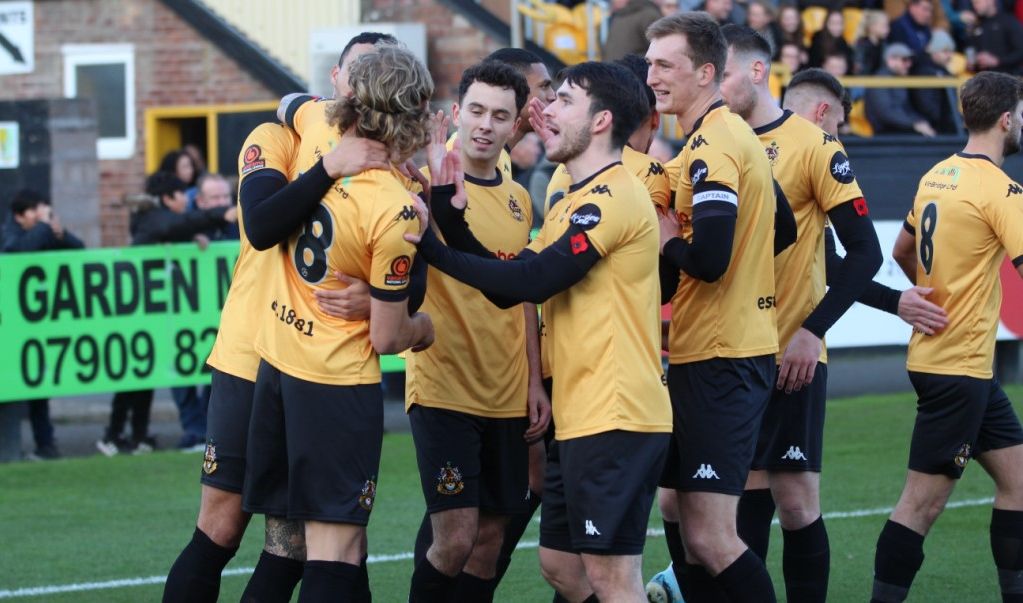 The points are shared between two of the league’s in-form sides as the game ended 1-1 and a game which provided a very tense ending for both sets of fans.

A slow start to the game was capped off by the biggest chances being a few off target strikes that troubled neither goalkeeper.

There was nearly an opening for the home side where Walton picked the ball off a Kings Lynn midfielder’s feet and tried to play through Bainbridge but the pass was too strong and the chance broke down.

The game then livened up when a 5 minute period late on in the first half saw 3 yellow cards produced in quick succession after tensions started to boil over close to half-time.

The first half came to an end briefly after that with the score level at 0-0 and no real chances for either side.

The second half started in a much sharper fashion with a few chances down the left for Port one of which resulted in the breakthrough as in the 55th minute a pinball like exchange in the box ended with the ball at Michael Carberry’s feet and he slotted the ball past Jones from close range. 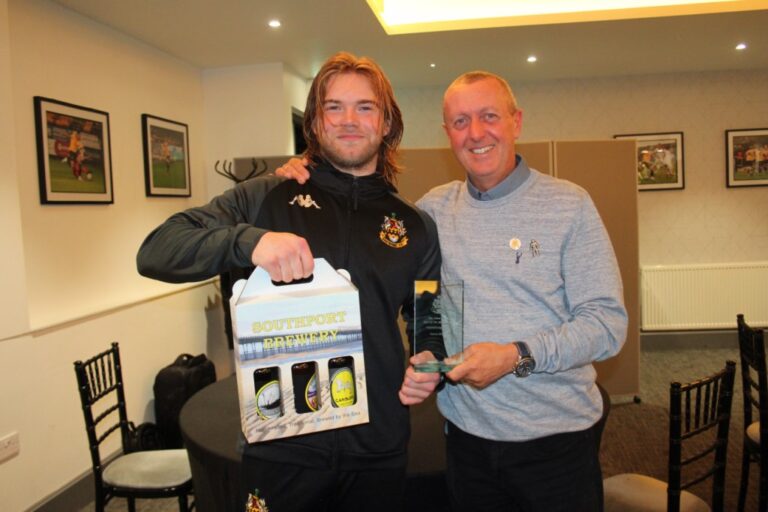 Southport FC nearly doubled their lead as a counter with numbers in the home side’s favour broke down after Walton’s pass to set off Hmami on a 1 on 1 failed to find the gap in between the defence.

Despite the pressure by Southport FC it was Kings Lynn who equalised after building themselves back into the game, a header from Stephens was comfortably headed home in the 79th minute to bring the game level going into the final 10 minutes.

The final 10 minutes had all the action the rest of the game missed with end to end chances making it feel like a basketball game with Southport just lacking that final touch in a game that despite the late action finished 1-1.

A result which, given the quality opposition, was very well received by the 904 fans in attendance with a very impressive 48 making the midweek trip from Norfolk.

Southport Brewery Man Of The Match receiving the Adam Le Roi Trophy and chosen by the Vice Presidents was Michael Carberry.