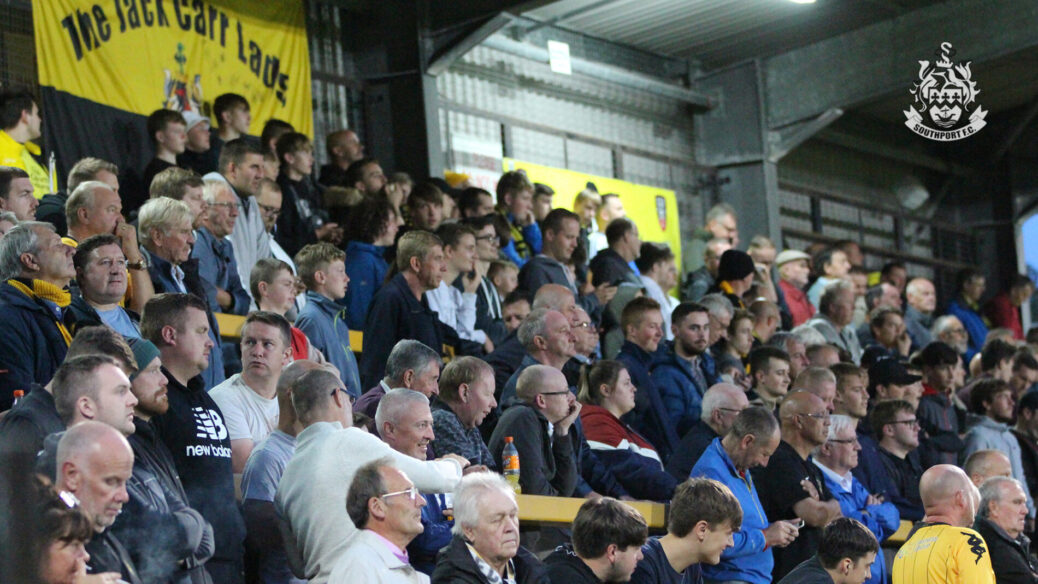 Southport FC fans are being urged to create a rousing atmosphere at Haig Avenue this Saturday when the  team takes on play-off rivals York City at 3pm this Saturday (19th March).

The Sandgrounders currently sit in sixth place in the National League North table, with 48 points from 30 games – just one point ahead of York.

A Southport FC spokesperson said: “It’s our third game in a row against a play-off rival on Saturday as York City, currently in 7th place come to Haig Avenue. Kick Off 3pm.

“The weather is looking good for Saturday and a bumper crowd is expected and we ask that where possible people buy tickets in advance to save any queues on matchday.

“Programmes, the only way to guarantee a printed programme is to pre-order before 8pm on Friday HERE

“Southport are yet to beat a side in the play-off zone and it’s a record The Sandgrounders will be looking to set straight on Saturday. We went down to a 3-1 defeat earlier in the season with a Josh Hmami penalty being our only goal in a disappointing display. It was a result that sent Southport into bottom place but we all know what happened after that and we go into the game in 6th.

“York come to Haig Avenue in excellent form. It was all doom and gloom when we travelled to Yorkshire in October but after suffering a surprise home defeat to Bradford PA at the end of January they have gone on to remain undefeated with a climb up the table from 15th to 7th and a fantastic FA Trophy run to the Semis after beating Dagenham & Redbridge last Saturday on penalties. The York equaliser came in the 96th minute from the spot.

“It will be the 83rd meeting of the sides with Southport v York matches going back as far as the 1929/30 season. Our last ever win as a Football League side came against York on April 7th 1978. 4-1 with Alan Wilson, Tommy O’Neil two and Geoff Gay getting the Southport goals.

“Games between the sides are usually full of incident and a good game is expected this time around.”