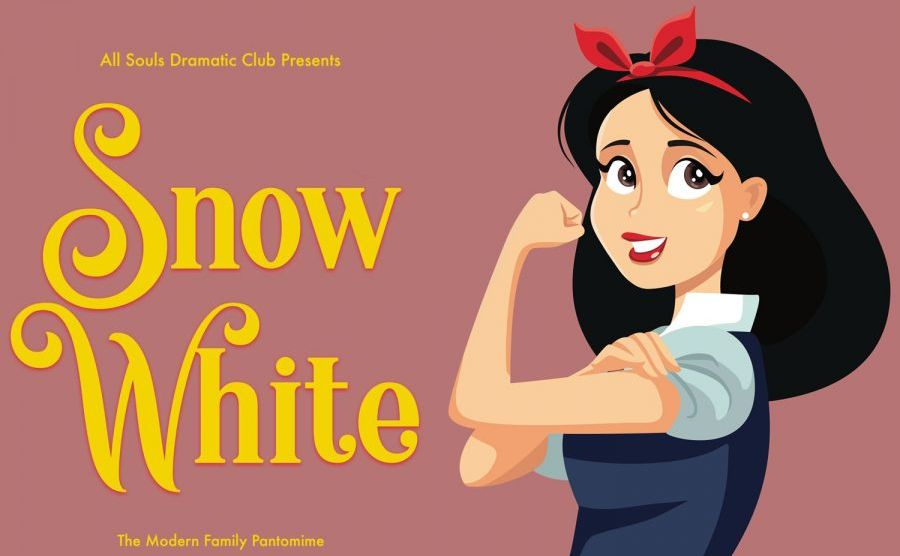 All Souls Dramatic Club are thrilled to be presenting their spectacular modern pantomime of ‘Snow White’ at The Atkinson in Southport in January 2023.

The cast is composed of local talent including singers, dancers and a technical team who are all now preparing for this eagerly awaited production that is guaranteed to entertain children and adults alike.

Back in January 2022 All Souls wowed audiences with their magical pantomime adaptation of The Snow Queen which saw them return to the stage after 2 years away due to the pandemic. The show was performed to several thousand people, receiving critical acclaim from local reviewers, The National Operatic and Dramatic Association (NODA) and our incredible audience members.

Jenny Roby Vice Chairperson and cast member said: “We were thrilled to be back on stage together again after such a long time. It really was so exciting to be able to perform to our fantastic audiences and be the All Souls Family once again. It was as if we had returned home. The ghost light had gone and the light returned.”

The club now look forward to getting in the rehearsal room for their next epic production. Award winning production team Cliff Gillies, writer and director, Katie Palfrey, choreographer and Chloe Hughes, musical director and vocal coach are returning to the group to bring this enthralling and magical pantomime to the stage in January 2023. Along with the very talented technical team lead by Matt Hughes who coordinates the technical wizardry that adds that extra magic to an All Souls show.

The All Souls story of ‘Snow White’ based around the classic tale guarantees legendary characters, laughs galore and stunning staging. It is a story of a girl who could, and did and became a legend. A story of perseverance and strength which promises to offer a colourful story of beauty and determination.

Tickets are NOW ON SALE from The Atkinson Box Office, Lord Street, Southport.

Snow White will be performed between 12th and 22nd January 2023 with some matinee performances available.

You can find details of this on their Facebook fan page, simply search All Souls Dramatic Club or Instagram by searching @southportpanto.