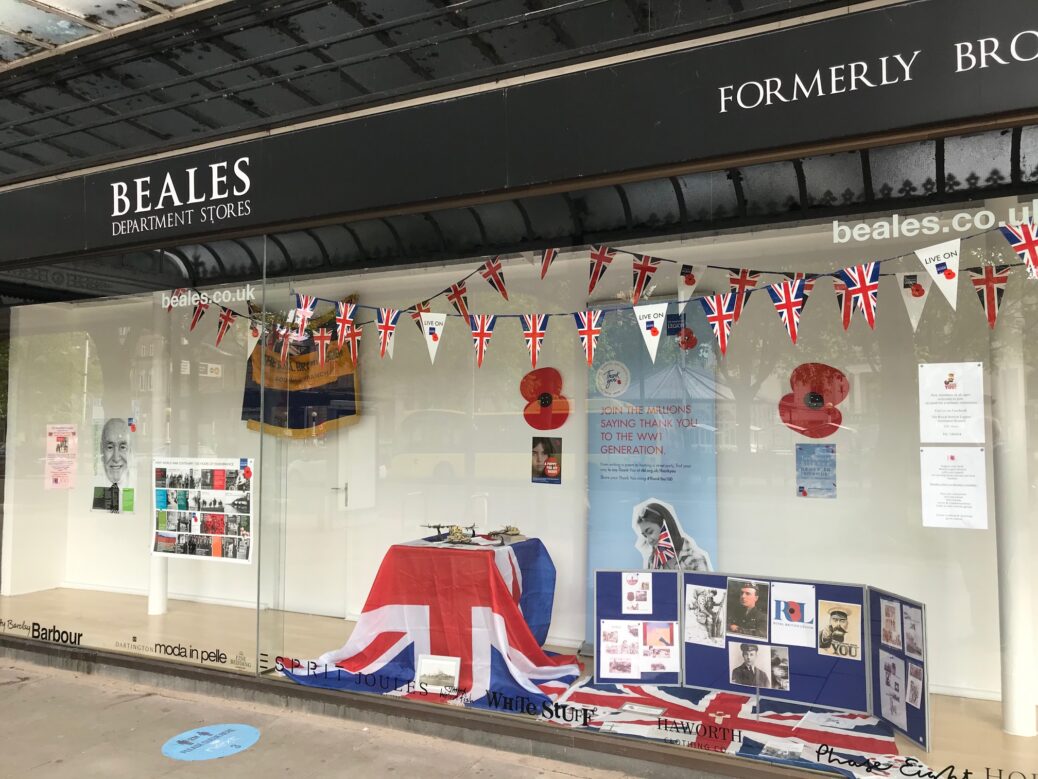 A beautiful new window display on Lord Street in Southport celebrates the 100 year anniversary of the Royal British Legion.

The exhibition has been created in the windows of the former Beales department store, which closed its doors in March last year.

It has been installed by members of Southport Royal British Legion, with the support of Southport BID and Panther Securities Ltd, which operates Wayfarers Arcade.

“This will help people including veterans to find our branch if they need help along with new members.”

The Royal British Legion was formed in the aftermath of the First World War (1914-1918) when four organisations came together to fight the injustices faced by those returning home after service – and became the British Legion in 1921.

From the beginning the charity campaigned for fair treatment of those who had given so much for their country during the war and provided much needed welfare support and comradeship to millions.​​

One hundred years on, the organisation continues to respond to the changing needs of the Armed Forces community, providing small interventions to life-changing, and sometimes lifesaving, support.

For more details about the Southport Branch please phone: 01704 546064 or please visit their website by clicking here.