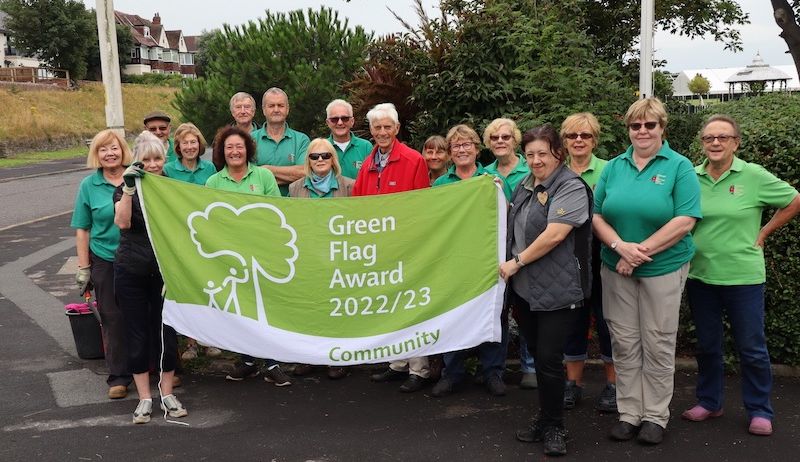 This year sees the 100th anniversary celebration of one of the longest and most spectacularly beautiful herbaceous borders in the UK.

At 746 metres long and full of over a quarter of a million brightly coloured flowers and plants, Rotten Row in Southport is a truly impressive sight for visitors, and one of the seaside resort’s top attractions.

Even more impressive is the fact that this tremendously time-absorbing gardening wonder is largely maintained by volunteers, from the Friends Of Rotten Row (FORR), who have dedicated tens of thousands of hours’ work to maintaining one of Southport’s most historic features.

Their Herculean efforts have just been recognised, yet again, with another Green Flag Award. 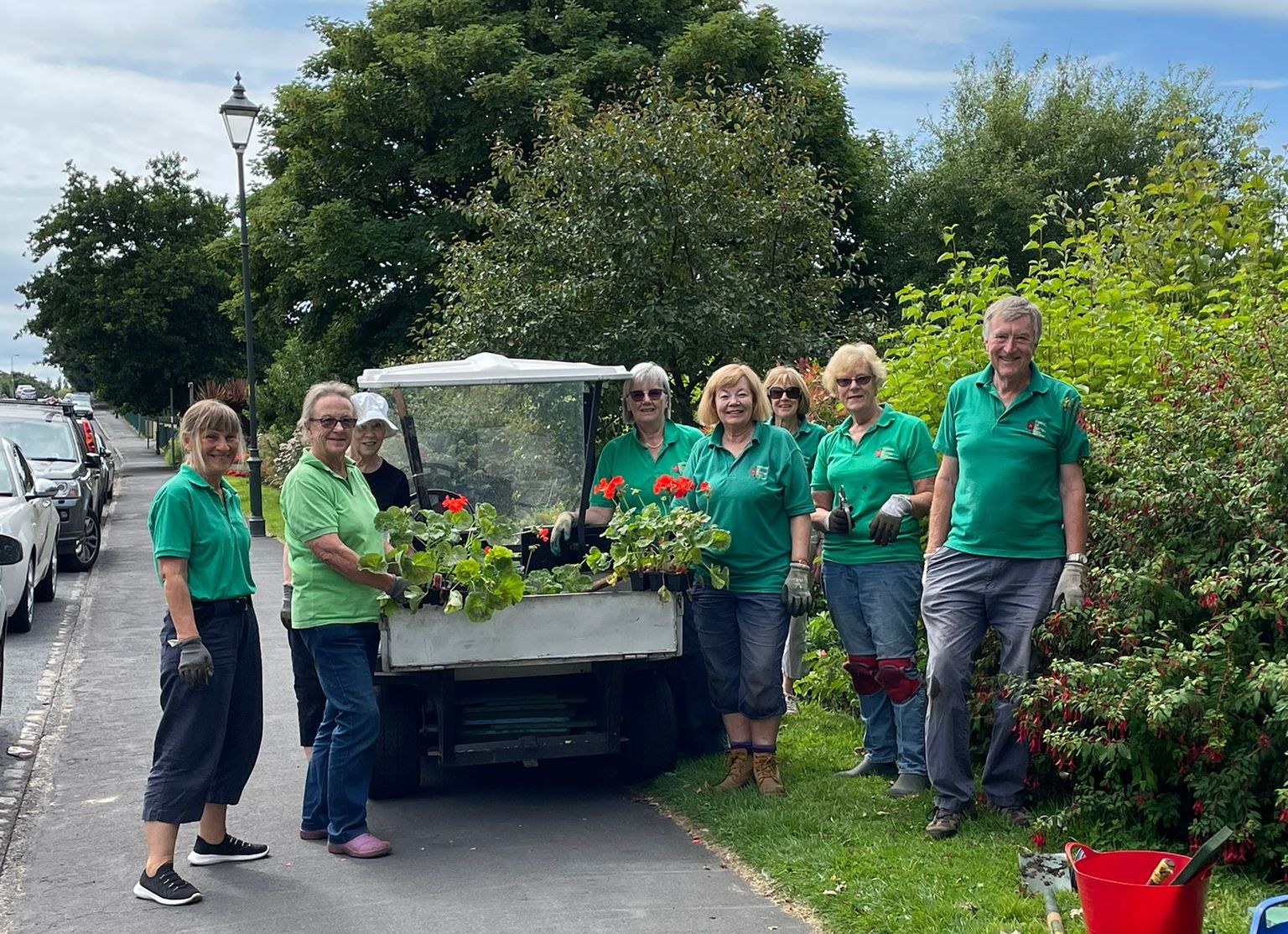 The show has not been able to take place over the past three years due to the Covid-19 pandemic but will return 18th-21st August 2022. Tickets are on sale here: www.southportflowershow.co.uk

The thousands of visitors who visit from all over the UK will be greeted by the magnificent sight of Rotten Row before they even enter the park – a very pleasant added extra!

Rotten Row once featured in the 1969 movie What’s Good For The Goose, starring Norman Wisdom, and produced by Southport movie producer Tony Tenser. 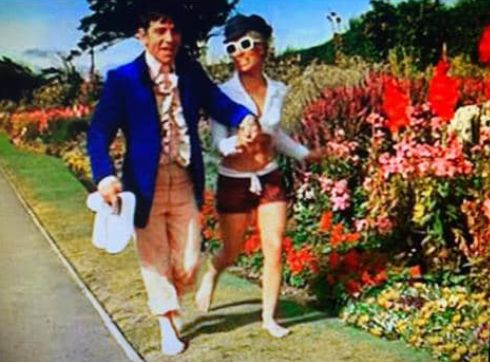 Norman Wisdom pictured on Rotten Row in Southport, during his movie What’s Good For The Goose

She said: “The land on which Rotten Row, and Victoria Park, now stand, was donated to the two separate towns of Birkdale and Southport in around 1884 by the Cheshire Lines Railway company, following the completion of its new stations at Lord Street and Birkdale Palace.

“However, the residents of Westcliffe Road were in dispute with the railway company stating that the railway sidings and sheds which they looked out on were ugly and should be re-sited elsewhere.

“A compromise was reached and the railway company undertook to landscape the area to act as a screen by covering the ground with trees and shrubs, this being completed in 1887.

“At this stage there were no flowers in Rotten Row.

“In 1912 the towns of Birkdale and Southport amalgamated and it was agreed that further enhancement of Rotten Row was appropriate.

“However due to the intervention of World War I the main planting of the half mile herbaceous border was delayed and was finally completed between 1918 – 1922, making 2022 one hundred years since the completion of the planting of Rotten Row.” 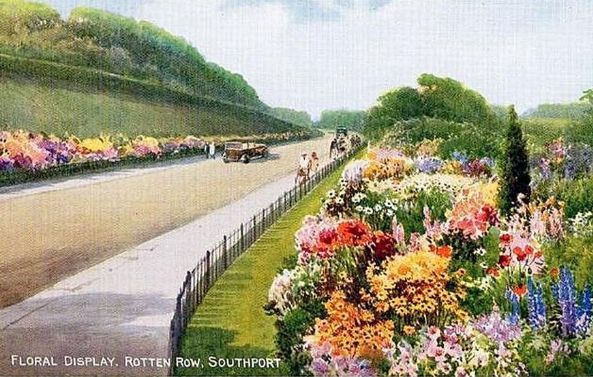 An old postcard of Rotten Row in Southport

Today, Rotten Row is maintained diligently by the Friends of Rotten Row (FORR).

Seonaid said: “Initially Friends of Rotten Row was formed as a sub-division of Birkdale Civic Society.

“Due to severe cutbacks in the budget of Sefton Borough Council, Rotten Row had deteriorated to such an extent that there was a concern that the main flowerbed on the beach side would become grassed over, just as the shore side border had been.

“Birkdale Civic Society was successful in receiving Heritage Lottery Funding and Friends of Rotten Row (FORR) was formed, its aim being to restore Rotten Row to its former glory.

“The border along Rotten Row is half a mile long with an average width of 26 feet, making it one of the longest borders in the UK.  For simplicity it was decided to number the borders 1 to 6 with the Duke Street end becoming Border 1.

“FORR commenced working on the site in June 2011.  The ground was so overgrown with weeds in the two borders at the south end that it was decided to remove everything and replant with all new species.

“However it soon became clear that removing everything by hand would prove too difficult and take too long, so a mechanical backhoe was hired, which took a day to remove everything from these two borders. The borders were then dug over by the volunteers and replanted.

“Work then progressed on the remaining four borders, which were steadily restored to their former glory. 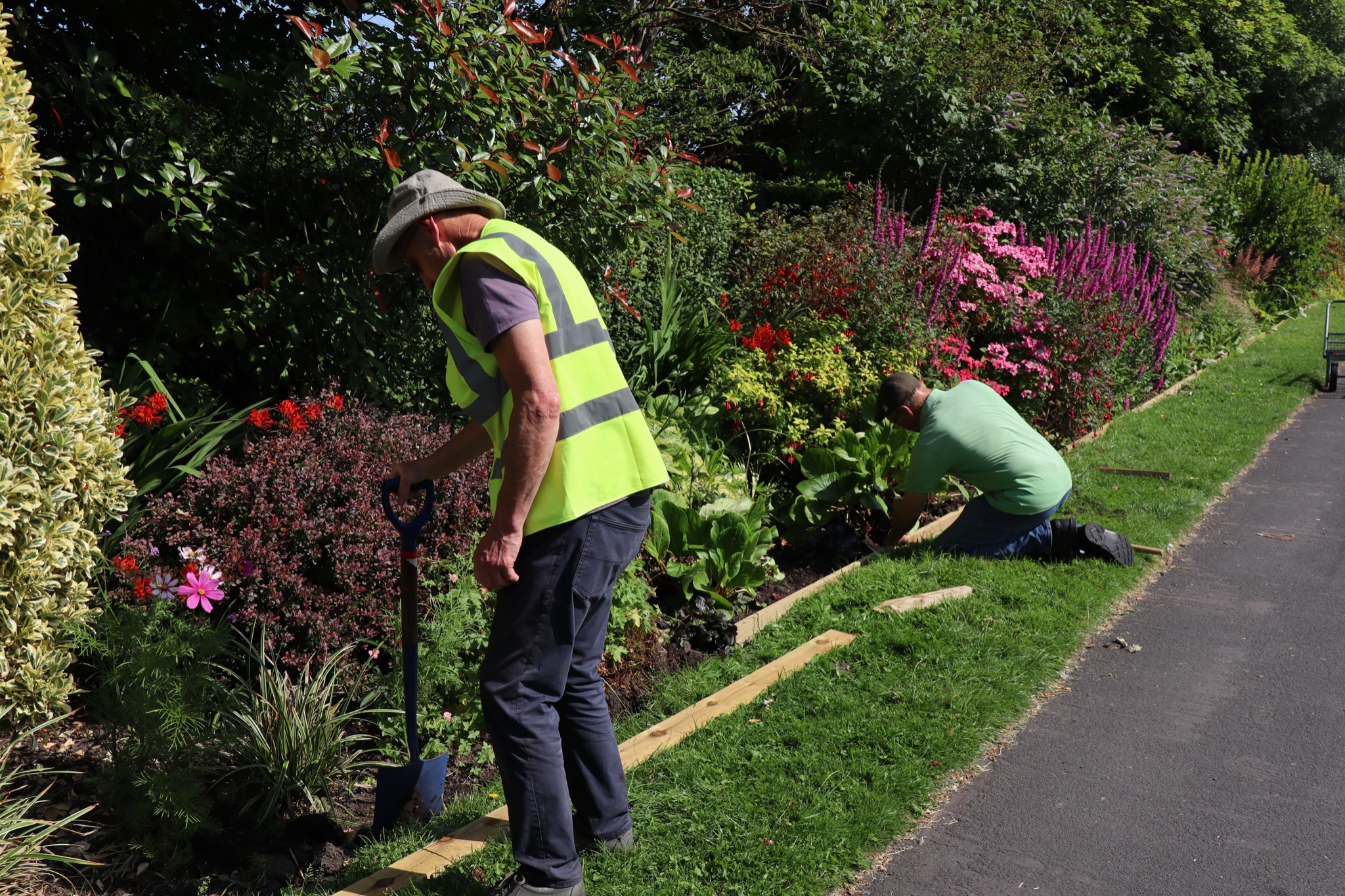 “In 2012 FORR entered the North West in Bloom (It’s Your Neighbourhood) competition and was astounded to be awarded Level 5 ‘Outstanding’ – something it has continued to achieve every year since.

“In 2015 FORR achieved the prestigious honour of being awarded the Green Flag Community Award and has retained this for seven years running.

“In 2019 Rotten Row was featured in the ‘Britain in Bloom’ TV programme. This resulted in a great increase in footfall to Rotten Row with visitors coming from as far as Ashford in Kent and Kilmarnock in Scotland, to view this jewel in Southport’s crown.

“All these are amazing achievements for the volunteers of Rotten Row. Their average age is 70 and to date they have completed over 42,300 hours of voluntary work in the restoration and maintenance of Rotten Row and have planted a total of: 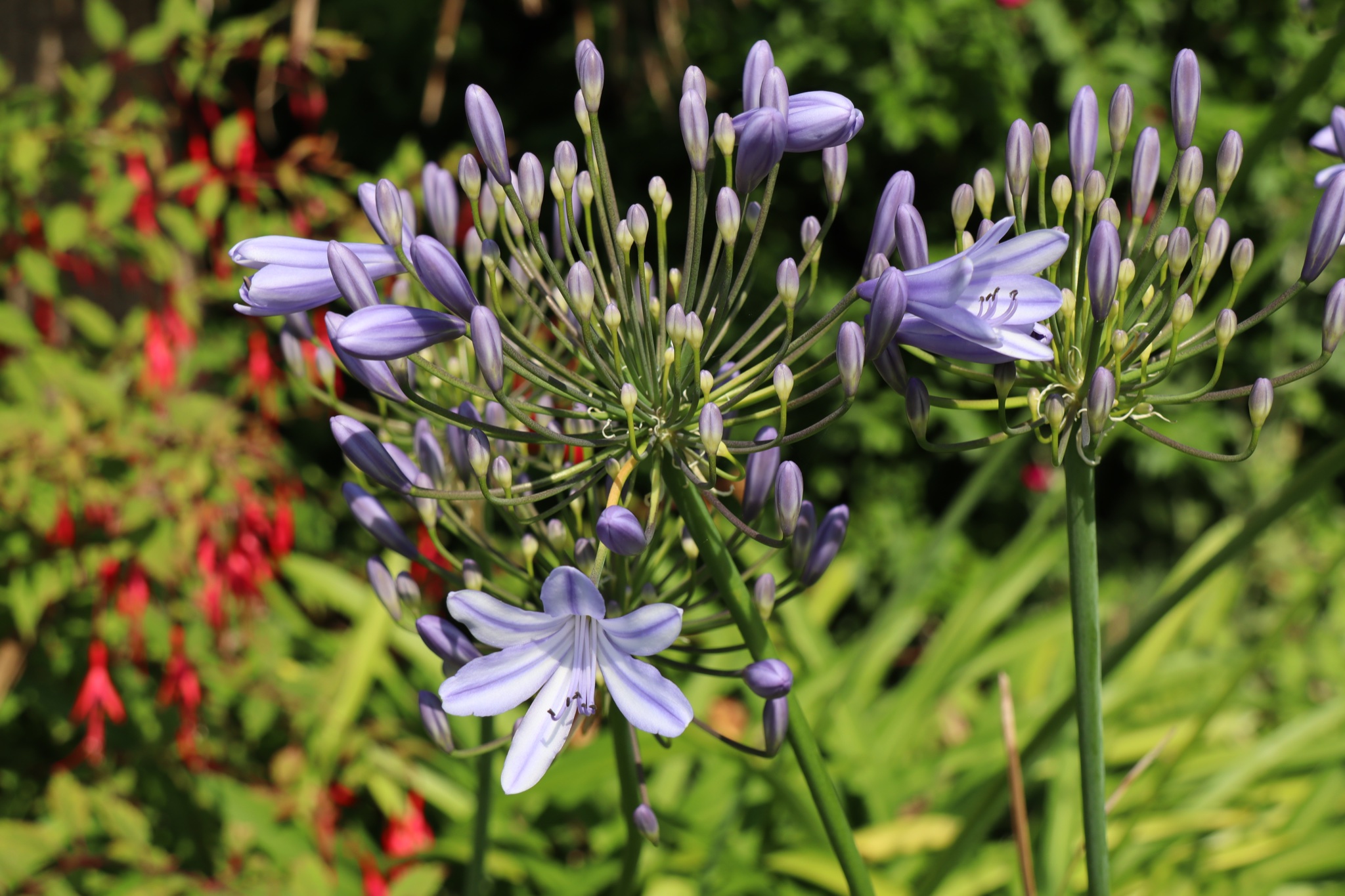 To maintain Rotten Row takes a huge effort, from a small army of people.

They are grateful for any help and time that people can give them.

Seonaid said: “FORR receives no money whatsoever to maintain this magnificent border and relies on cash donations from passers-by and community grants from supermarkets, building societies and Southport Rotary.

“The group also receives donations of plants from: Porters Happy Plants, Ashcroft Perennials, Marks and Spencer and a variety of plants from local individuals. 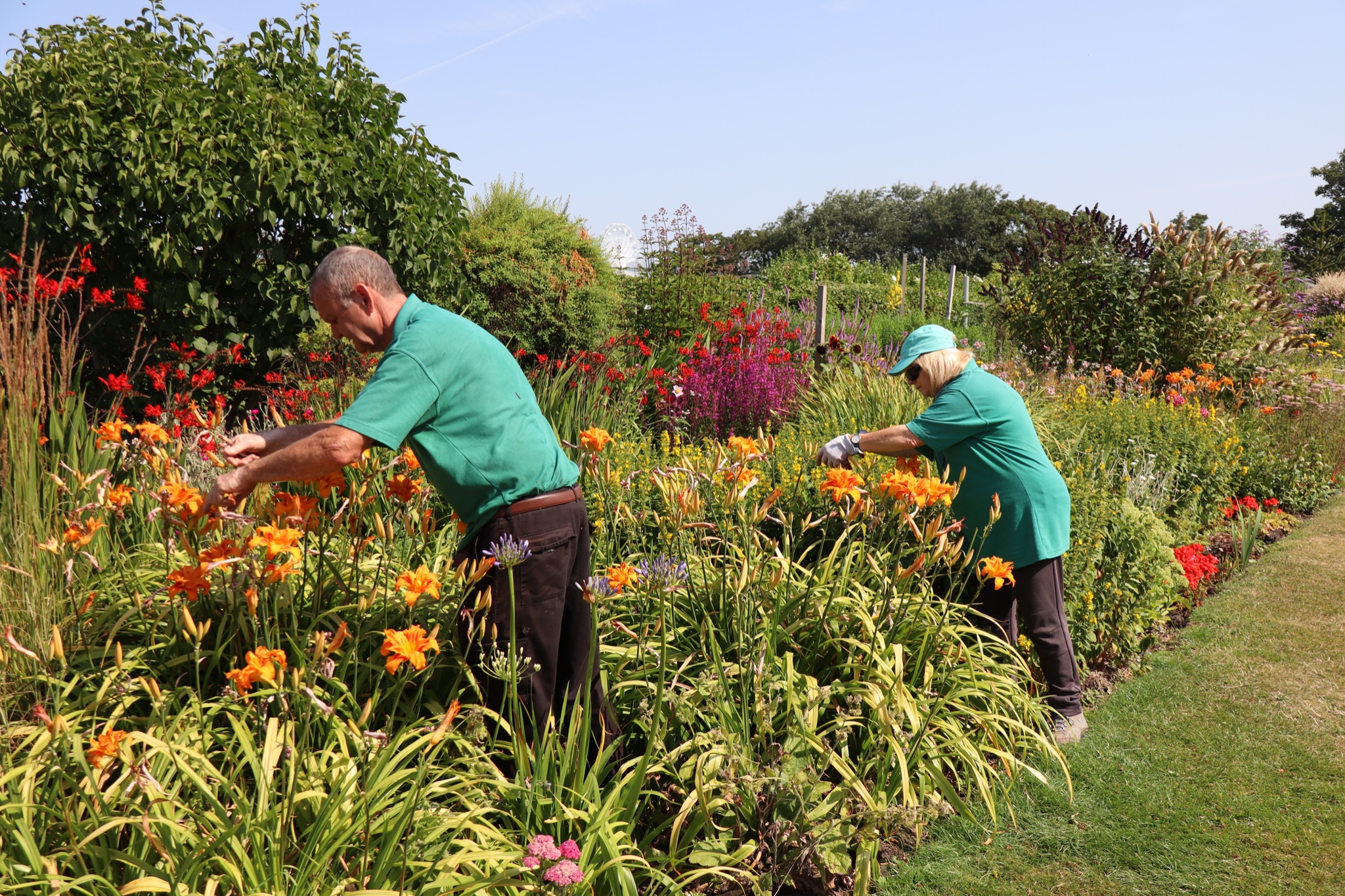 “The Friends of Rotten Row is always looking for new volunteers to join our weekly sessions:

“Pop along for an hour or two or join us for the whole session. No experience is necessary and tools will be provided.

“Come and join the team and be part of the historic and iconic Rotten Row.”