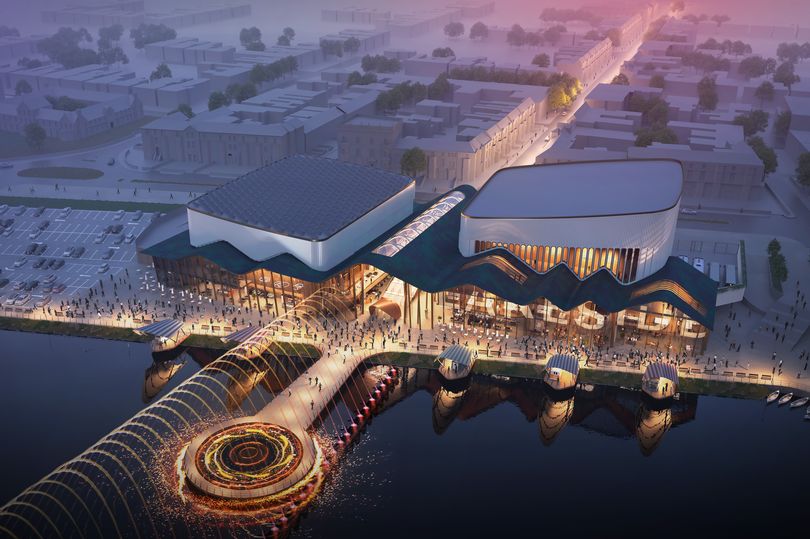 A new events, theatre and conference centre will be “an absolute game changer for Southport”.

The comments were made by Sefton Council Cabinet Member for Regeneration and Skills Cllr Marion Atkinson during a live video interview in the Stand Up For Southport Facebook group.

Southport Theatre & Convention Centre closed at the onset of the Covid-19 pandemic last year and the Southport Town Deal board made the provision of a replacement facility the main focus of its bid for funding.

The Government agreed, with Chancellor Rishi Sunak using his Spring Budget to announce £37.5million for Southport – more than any of the other 45 Town Deal locations which were also allocated funding earlier this month.

A new events, theatre and conference centre for Southport is estimated to attract 455,000 day visitors over a year, bringing in £18.4million to the local economy and boosting shops, hotels, restaurants and other local businesses.

Cllr Atkinson said: “The theatre was the cornerstone of our bid. It is an absolute game changer for Southport.

“It’s going to completely transform that Marine Lake area of the town and I think it’s going to be a catalyst for the private sector investment that we need.”

The new facility would be different from its predecessor, although a 1,200-seat auditorium would still stage shows, concerts and pantomimes as it always has.

However the ambition is for the new version to attract more conferences and stage a much wider variety of events for more age groups throughout the year. The Town Deal board wants to see it operating more hours each day and more days each week, bringing greater benefits to the local economy.

Cllr Atkinson said: “It is going to be a flexible events space. What we need to do with this is maximise that to secure its financial sustainability while delivering a wide range of events.

“I think plans for the new light show in the lake is going to be the icing on the cake with that.

“In terms of the timescales, I think we’ve got six weeks now to agree the heads of terms with the government, and then after this the business cases will be developed.

“So the timescales are going to depend on us as a Town Deal board, and the council meeting the conditions that are set out by the government.

“I’m not going to promise on dates when I’m relying on things that are outside of my control, like government departments.

“What I can assure you is that as a council we will be doing everything we can to draw down that funding as soon as possible.”

We asked Cllr Atkinson whether there were any plans to reopen the current Southport Theatre & Convention Centre building in the short term while the longer term project is developed.

She said: “We are evaluating options for the short term, as well as the long term as well.

“I am really conscious of the impact of last year’s closure and the insolvency of the operator and the impact that that’s had on local people and local businesses so I am fully, fully aware of that.

“When we are evaluating the options we’ll be looking at the community impacts, the financial sustainability and most importantly, health and safety so as soon as we have more information we’ll be able to come back and share more with you.”