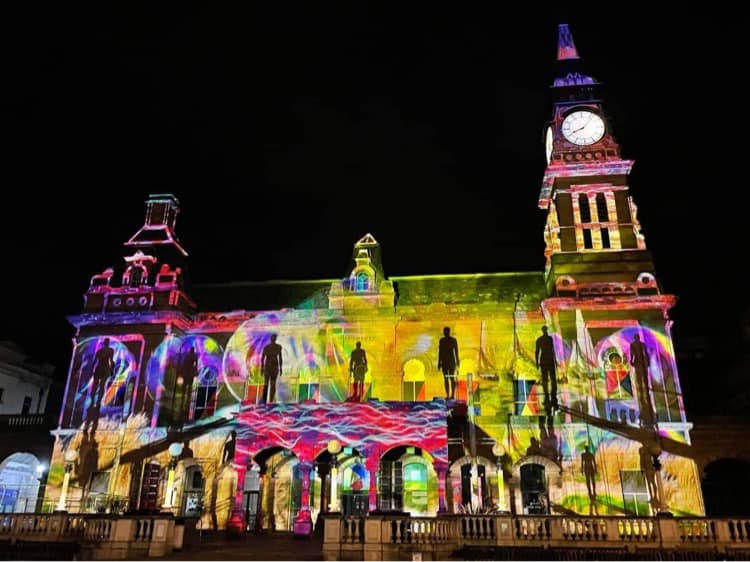 What a mesmerising show! We were blown away by the brilliance of The Nightingale’s Song Reawakened.

It was a privilege to be among the crowd watching this very unique event at The Atkinson on Lord Street in Southport last night – the perfect way to end Mother’s Day.

It was so good, we stayed to watch it twice.

It was worth staying on, as there is so much happening – there are lots of things we noticed the second time around that we missed the first.

The Nightingale’s Song Reawakened is a triumphant series of video projection artworks which has been taking place across Southport and Bootle, created with Illuminos, Guildhall Live Events, Lightworks, and artist Amelia Kosminsky.

The Nightingale’s Song is a tale of magic and wonder, of myths and wondrous creatures, spectacular nature, of ships and sailing, of peoples past and present and captures the history of Sefton.

The projections are anchored by following the journey of the Natterjack Toad – the endangered amphibian which lives in the Sefton dunes. Known as the Birkdale Nightingale because of its extraordinary night time song, it becomes the character that the audience follows, symbolising the growth and transition through ever changing stages of egg, tadpole, and toad.

This was the incredible light show outside @AtkinsonThe in Southport tonight! Stunning #StandUpForSouthport #Southport pic.twitter.com/nELwVDq8YV

For this year’s spectacle, projection artists Illuminos joined forces with Guildhall Live Events, Lightworks, and artist Amelia Kosminsky to create three distinct pieces, all thematically linked through the Song of the Nightingale.

The artwork was originally planned to be one of the crowning features of the Sefton Borough of Culture year in 2020, which was cruelly curtailed by the arrival of the Covid-19 pandemic in March that year.

The Nightingale’s Song did go ahead over three nights in 2020, lighting up The Atkinson in Southport, Bootle Town hall and Waterloo Town Hall. But it happened just before the Government imposed its first Covid lockdown, and we started away due to the rising Covid case numbers at the time.

I had a sense that we had missed something very special. So we were delighted to be able to return to Southport last night to see this wonderful collaboration. 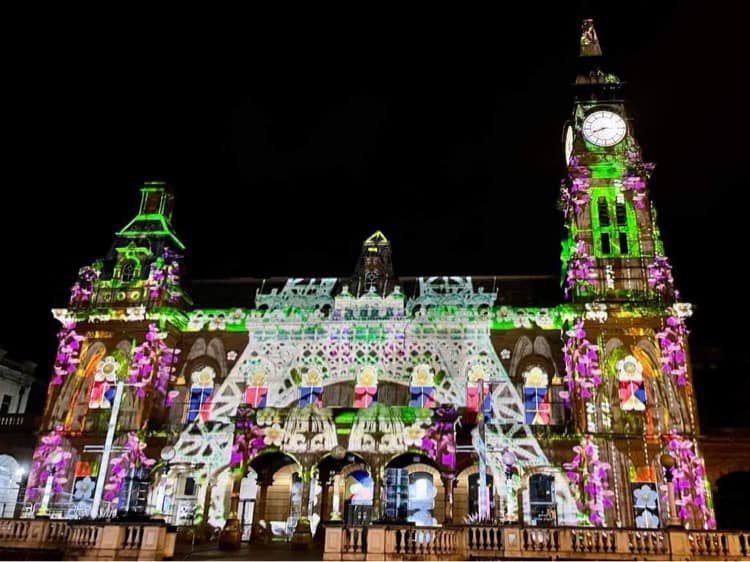 The Nightingales Song Reawakened at The Atkinson in Southport. Photo by Claire Brown

I went along with my wife and two young daughters. It was the perfect way to crown Mother’s Day.

The artwork was a superb showcase of some of the many rich cultural icons of the area in which we live.

There were some real stand-out moments and sequences. We loved the sight of the biplane appearing to fly out of the building, a nod to Southport’s fascinating history in the early development of aircraft.

The sight of Antony Gormley’s Iron Men silhouetted against the front of The Atkinson was very striking.

Southport Pleasureland, and Southport’s long association with amusement parks – going back to the Greatest Showmen of them all, P.T.Barnum – was celebrated with a great sequence.

It was fitting timing, after Southport Pleasureland reopened for the 2022 season on Saturday, after two years when it was so disrupted by Covid lockdowns. 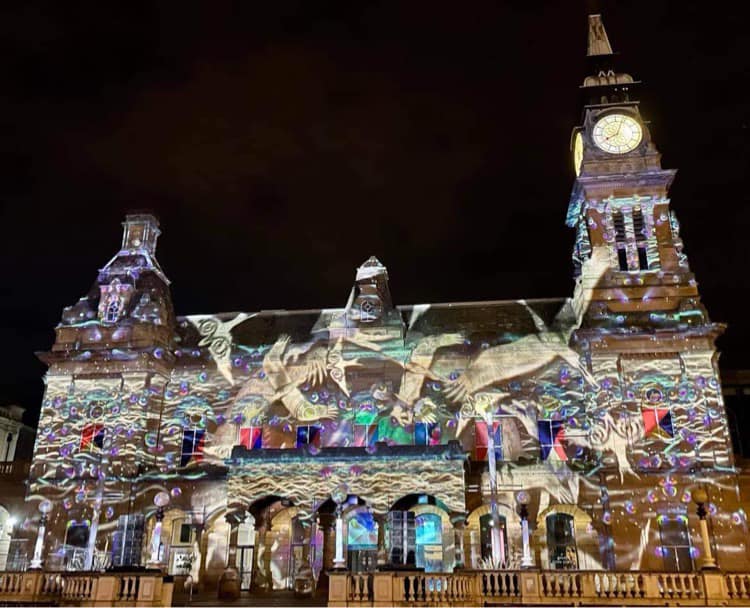 The Nightingales Song Reawakened at The Atkinson in Southport. Photo by Claire Brown

The recreation of ‘The Dockers’ Umbrella’, the old overhead railway which opened in 1893 and ran from Seaforth, through Liverpool Docks and Liverpool City Centre and down towards Dingle, was magical.

When it opened, It was the second oldest electric metro in the world. Who knew?

Our area boasts so much amazing history, such great culture, which deserves to be celebrated.

It was brilliant to be able to enjoy the opportunity to see such a magnificent representation screened at the front of The Atkinson in Southport last night in such a stunning way.

The fact that it was free made it accessible for everyone who wanted to come and view it.

Don’t worry if you missed it – you will be able to see the show being screened at Southport Market from Wednesday through to Sunday this week at the following times: