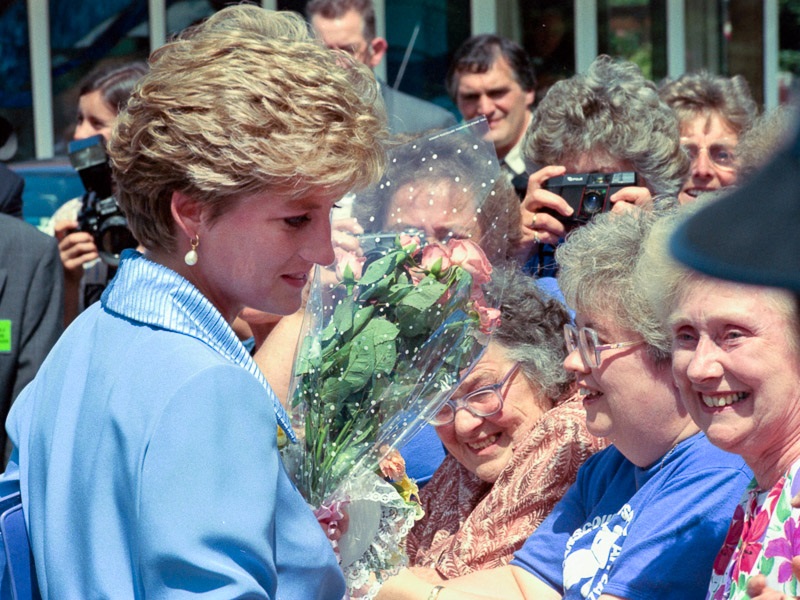 Saturday, 11th June 2022 will mark 30 years since the celebrated moment when Princess Diana officially opened Queenscourt Hospice in Southport and made headlines all over the world.

The Princess of Wales, an iconic figure who captured people’s hearts wherever she went, was met by crowds of well wishers on her visit to our town.

Over the past three decades since its official royal opening, Queenscourt has cared for thousands of local people and families across West Lancashire, Southport and Formby.

The hospice is a local charity that cares for patients with serious illnesses, enabling them to achieve the best possible quality of life at each new stage. It does this both in the hospice, on Town lane in Kew in Southport, and also at home through its In-Patient Unit, Queenscourt Connect and Queenscourt at Home services.

Queenscourt receives less than a fifth of its costs from the NHS and the rest of the money comes from charitable donations that help keep the hospice running.

On 11th June 1992, Princess Diana famously broke down in tears at the opening of Queenscourt Hospice, when the strains of her impending split with Prince Charles were beginning to show. 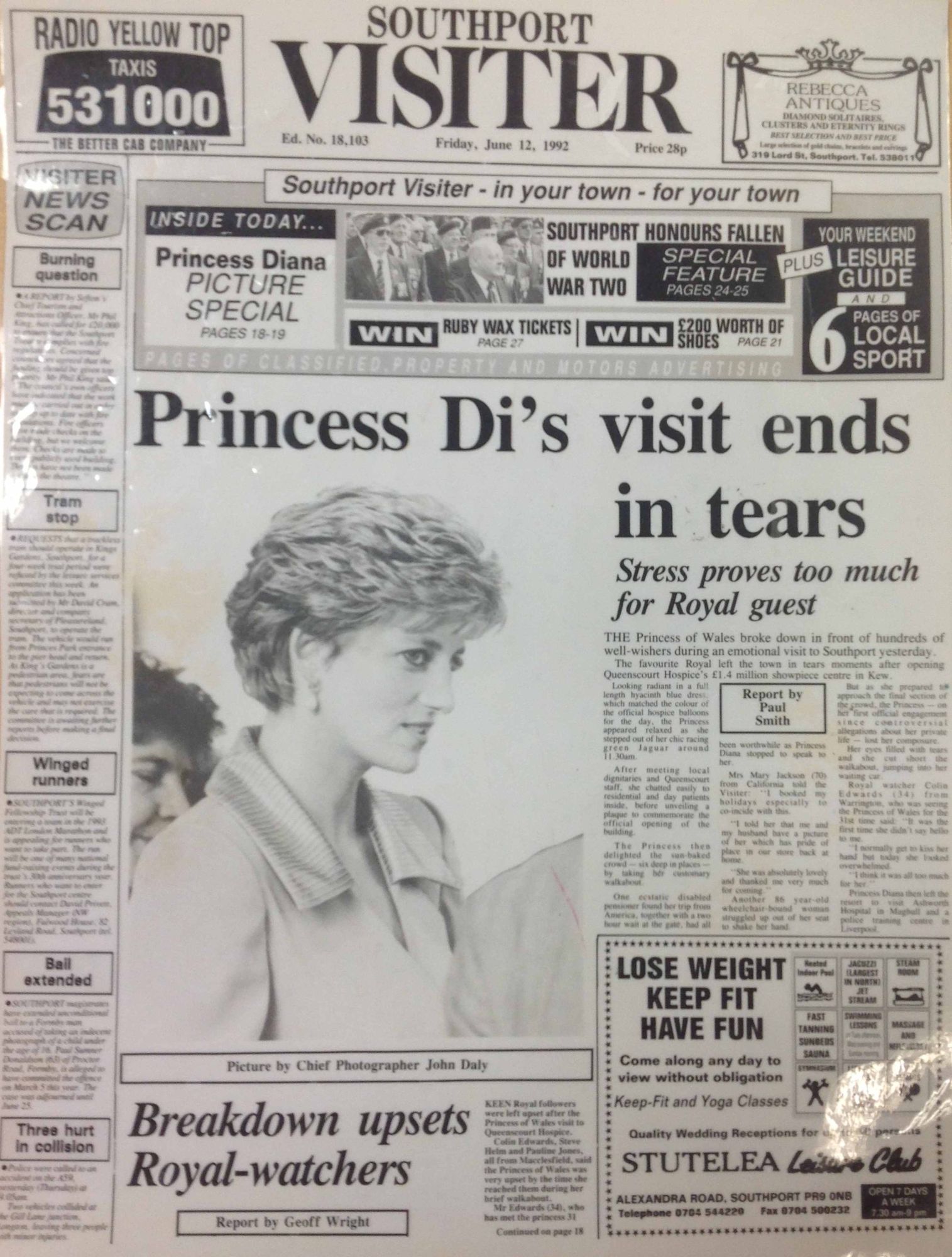 The Southport Visiter front page on Friday, June 12, 1992 reports how Princess Diana’s visit to Queenscourt Hospice ender with her bursting into tears.
The story made headlines across the world

In his report on the visit on the front page of the Southport Visiter on Friday, 12th June, 1992, reporter Paul Smith wrote, under a headline saying ‘Princess Diana visit ends in tears’: “The Princess of Wales broke down in front of hundreds of well-wishers during an emotional visit to Southport yesterday.

“Looking radiant in a full-length hyacinth blue dress, which matched the colour of the official hospice balloons for the day, the Princess appeared relaxed as she stepped out of her chic racing green Jaguar at around 11.30am.

“After meeting local dignitaries and Queenscourt staff, she chatted easily to residential and day patients inside, before unveiling a plaque to commemorate the official opening of the building.

“The Princess then delighted the sun-baked crowd – six deep in places – by taking her customary walkabout. 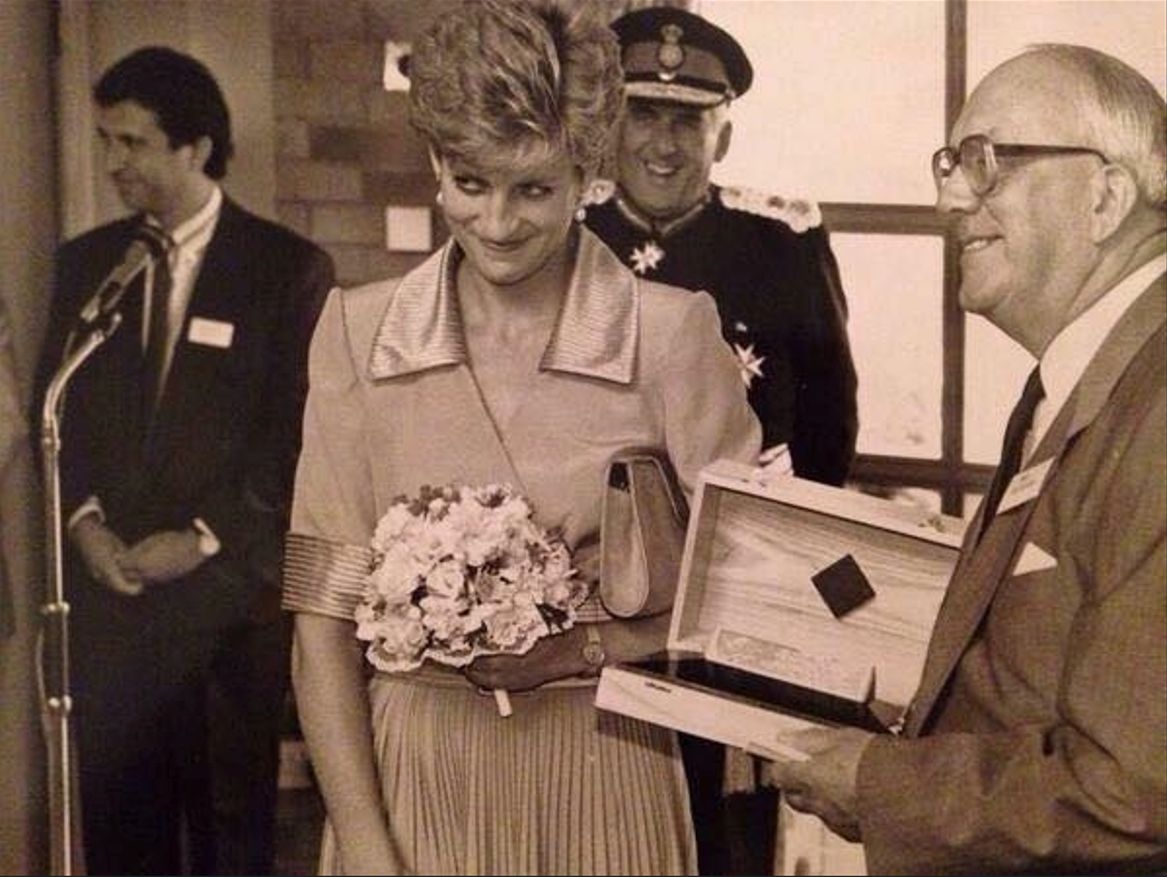 Princess Diana with Bill Davidson at the official opening of Queenscourt Hospice in Southport on 11th June 1992. Photo by Bill’s granddaughter, Emily Hopkinson

“One ecstatic disabled pensioner found her trip from America, together with a two hour wait at the gate, had all been worthwhile as the Princess stopped to speak to her.

“Mrs Mary Jackson (70) from California told the Visiter: ‘I booked my holidays especially to coincide with this.

“I told her that me and my husband have a picture of her which has pride of place in our store back at home.

“She was very lovely and thanked me very much for coming.’

“Another 86-year-old wheelchair-bound woman struggled up out of her seat to shake her hand.

“But as she prepared to approach the final section of the crowd, the Princess – on her first official engagement since controversial allegations about her private life – lost her composure.

“Her eyes filled with tears and she cut short her walkabout, jumping into her waiting car.”

Bill Davidson, who died in 2014 aged 90, campaigned tirelessly for funds to create Queenscourt Hospice and was chairman of the organisation during the Royal visit to open it in 1992.

Princess Diana, who was having marital problems at the time, broke down in tears after speaking with Mr Davidson.

Bill’s granddaughter Emily Hopkinson, who was born after the visit, sent a picture of Mr Davidson with Princess Diana at the opening of the hospice.

Suzie Walmsley was also there at the opening.

She said: “My son and I waited outside Queenscourt to see her when she visited and she came over to say hello and broke down in front of us – it was very emotional and I have nothing but respect for her.”

Geoff Wright was a Southport Visiter journalist covering the event.

He said: “I reported on Diana’s visit to Queenscourt Hospice – with colleague Paul Smith – when she unfortunately, but famously, broke down in tears, because the Southport well-wishers were shouting out such lovely comments.

“Our phones never stopped all day from journos all around the world wanting to know what exactly happened!”

Jennifer Ruth recalls seeing the princess moments after the emotional display: “I can remember the day she opened Queenscourt Hospice, it was also the day of my last GCSE exam!

“I lived on Guildford Road so my friend and I decided to sit on the garden wall and wait for her to pass on her way back from the hospice.

“As we saw the official cars approaching, we got ready to wave.”

Despite the upsetting day, Jennifer says that Diana still made sure to wave to those who were out to see her: “We could see that Diana was visibly upset. We hadn’t seen the news as it had only just happened moments before but it was clear that she had been or was crying. However, despite this, she still looked up and waved back at us. A fantastic memory.”

But she will always be remembered for her style, her charm and her charisma when she came to Southport to open Queenscourt Hospice.

In her memory, Queenscourt Lottery has launched a new campaign to celebrate The Queen’s Jubilee. 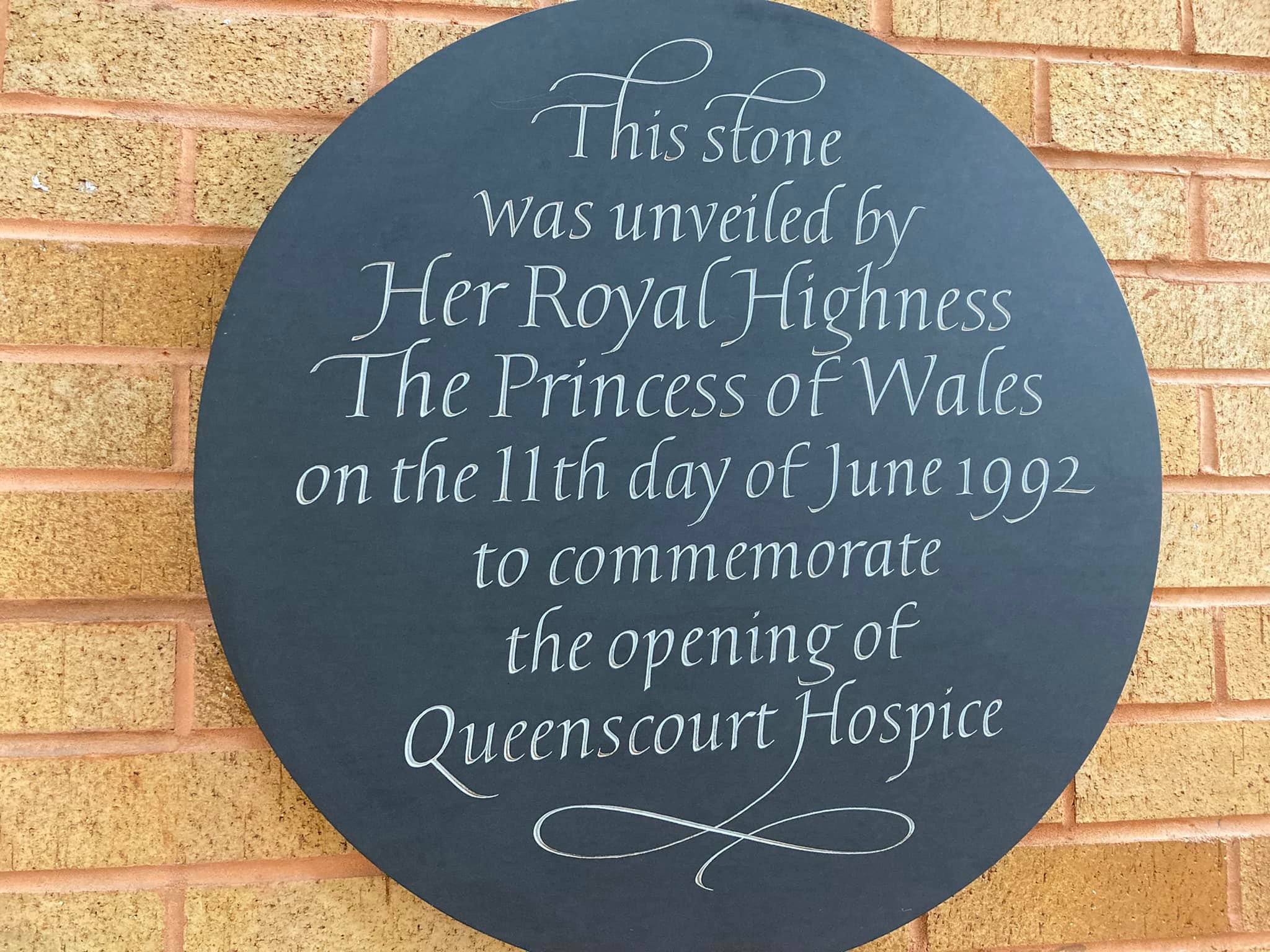 This year also sees Her Majesty The Queen become the first British Monarch to celebrate a Platinum Jubilee after 70 years of service.

‘Fly the Flag for Queenscourt’ will encourage supporters to enter the hospice’s weekly lottery draw and highlight how the initiative helps to #KeepQueenscourtinService.

By joining Queenscourt Lottery you can win up to £1,500 each and every week – and, better still, you’ll be making a real difference for local people across West Lancashire, Southport and Formby each time you play.

You can sign up online by going to www.queenscourt.org.uk/lottery or call the Queenscourt Hospice Lottery office on: 01704 544645.

*You must be aged 18 or over to join the Queenscourt Lottery.

Did you see Princess Diana open Queenscourt Hospice? Do you remember any of her other visits to Southport? Please message any memories or pictures to Andrew Brown via Facebook here or email me at: mediaandrewbrown@gmail.com