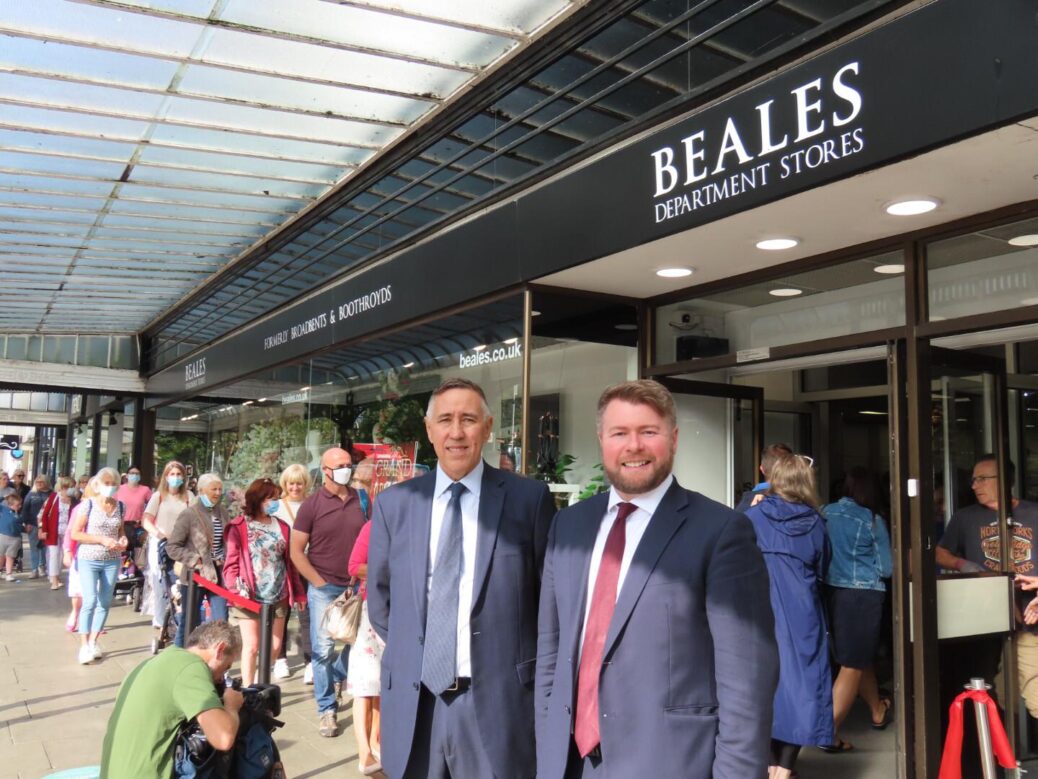 The opening of the new Beales department store today is “fantastic news for Southport” says the town’s MP.

MP Damien Moore says the substantial investment by Beales highlights a renewed investor confidence in the town, after the Government awarded £38.5million to Southport through Town Deal earlier this year.

Mr Moore was honoured to officially open the new Beales in Southport at 9.30am this morning (Thursday, 12th August).

It is the third Beales store in the UK, with the other two in Poole in Dorset and in Peterborough.

It comes as the result of around £800,000 in new investment and has seen the creation of 40 new jobs.

“We are delighted to welcome back to Southport such an iconic business.

“Beales has opened stores in Poole and in Peterborough, and to see them opening their third UK here in Southport – the first one in the North of England – is really positive for our town.

“Beales coming back shows that there is a lot of positivity and interest around Southport at the moment.

“I would now urge people as much as possible to support the new Beales and all our other shops, restaurants, cafes, bars, hotels and other businesses in Southport town centre because we want to keep as many of them as possible. Local businesses here will only succeed if people support them. We also want to be able to attract more new businesses to come to Southport.”

One of the unique things about the new Beales is the number of local concessions proudly taking up space in there. Shoppers will recognise the likes of Remedy, Baby Love, Lucy Lou’s Boutique, Plaza Cards, Molloys Furnishers, In Time, Miss Attire, Naked Peak and others. More may soon follow.

Damien Moore said: “The local businesses which have opened concessions in Beales have got such a strong connection with local people already, which is great for our town.

“It makes Beales unique among UK department stores for hosting so many local businesses.

“The store is offering things that you wouldn’t see anywhere else.

“Beales CEO Tony Brown has taken on a lot of the former Beales staff, and they are really passionate about the place.” 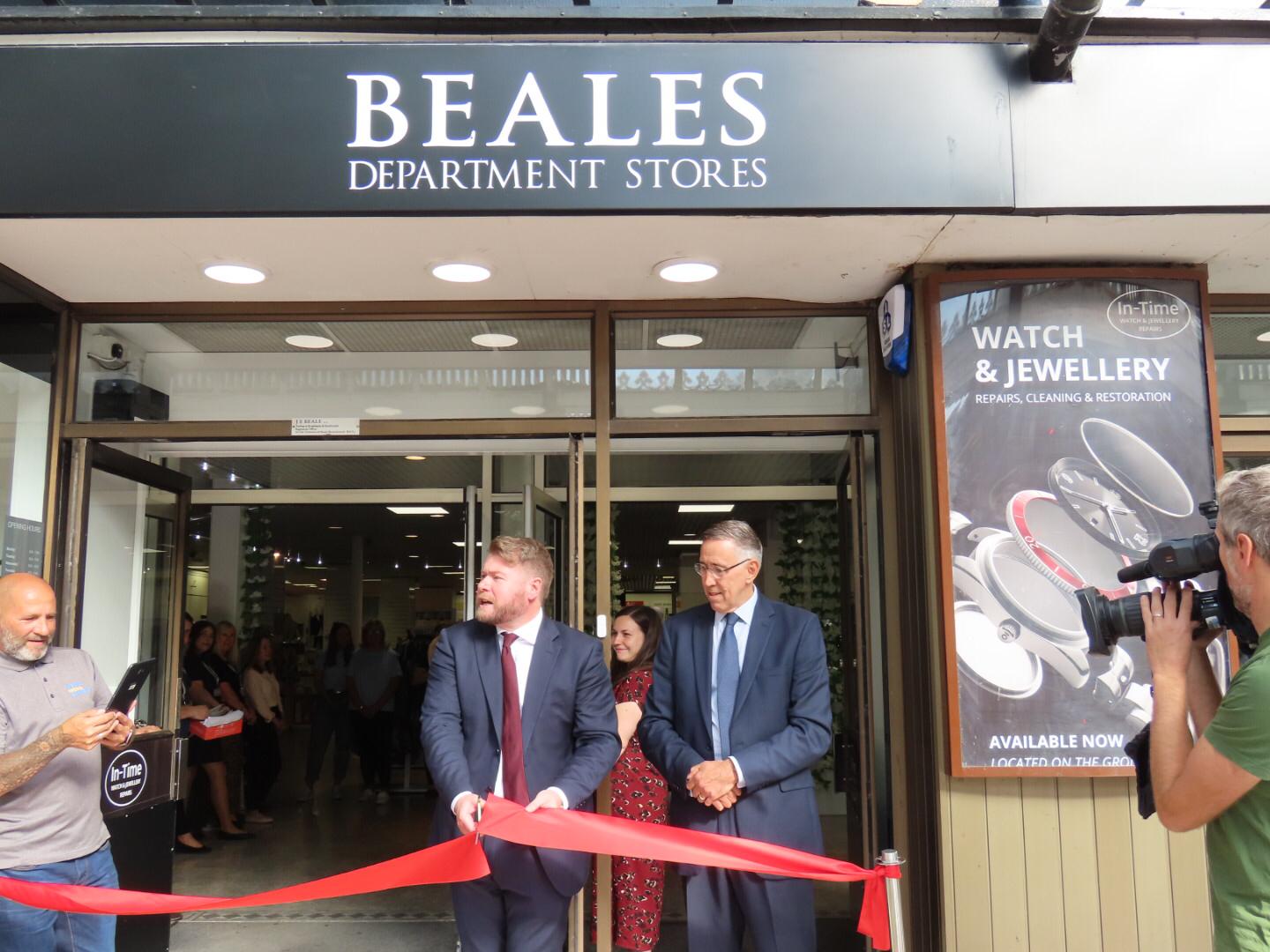 Elsewhere in Southport town centre, building work is taking place to transform the former BHS building on Chapel Street into 30 Prestige Stay aparthotel units, along with a new cafe, bar and retail units.

Funding from Southport Town Deal has already supported last month’s busy opening of the new Southport Market food, drink and events venue and the stunning new ‘boulevard of light’ along Lord Street. Plans are now being progressed for a new Marine Lake Events Centre, a light show in the Marine Lake and a new business incubator and co-working space in the Crown Buildings.

Damien Moore said: “You can see the gear change in Southport now since the Town Deal funding was announced during the Chancellor’s Budget in March.

“The aim of the Town Deal was to secure further, private investment into our town. You can see now that exactly what it was supposed to do is now happening.

“When I was elected as MP for Southport, there were 31 retail units sitting empty along Lord Street.

“This is definitely not the case any more. There are lots of positive things happening in Southport at the moment. We have to keep that going.

“Success breeds success. The more successful businesses we have here in Southport, the more that are going to come.”