A huge new Sainsbury’s supermarket and petrol station in Southport can now finally go go-ahead after being given the go-ahead by the Government.

The investment will support over 200 jobs during construction of the 50,300 sq ft flagship store.

It will create up to 200 jobs including 30 full time positions and 130 part time roles in the store and meet the shopping needs of the community.

Secretary of State Robert Jenrick MP decided not to exercise his power to “call in” the scheme, despite some local opposition to the scheme.

All works will be managed by the developer UBS, with Sainsbury’s commencing its store fit out in late 2021.

The store is expected to open to customers by Summer 2022.

It means that building work can now finally go ahead on a development which has been in discussions for the past four years.

In 2016 Sainsbury’s was given the green light to build a larger store on the site of the former Homebase store and two adjacent empty retail units which would have created 400 new jobs.

Their revised plans, which were granted by Sefton Council’s Planning Committee last month before being sent to the Secretary of State for approval, will see a smaller supermarket than originally planned, with the creation of 160 new jobs.

It will be subject to conditions which include keeping the Southport town centre Sainsbury’s store, on Great George’s Place adjacent to Lord Street, for a minimum period of five years and a commitment to local labour provision.

The new 50,300 sq ft supermarket has been designed to bring the best possible benefits to Southport and will offer a wide range of Sainsbury’s own-brand and branded food ranges, alongside its clothing and general merchandise offer. An in-store bakery will offer customers a range of freshly baked goods.

The new store will also play an active role in the local community through its food donation, volunteering and charity programmes.

Patrick Dunne, Sainsbury’s Property Director said: “We are excited to receive planning approval for our Southport superstore and look forward to getting on with the job of building this store.

“Our development will inject investment into the local economy, regenerate the area, support hundreds of jobs and enhance retail choice in the community.

“We’re committed to opening this new store to meet the shopping needs of local residents and will continue to keep the community updated on our plans.” 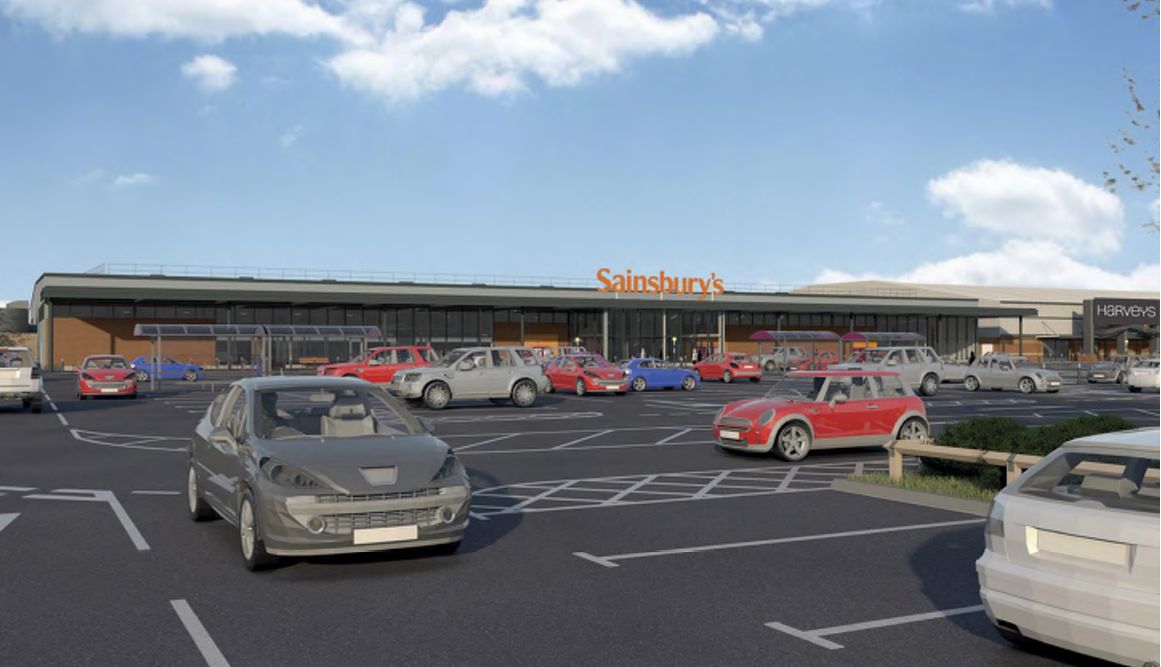 Southport BID CEO Rachel Fitzgerald welcomed the new investment into the town and said she hoped to see the company retain its presence in Southport town centre.

She said: “Sainsbury’s are a great company, and one we have worked in partnership with in the past. They are a great brand with a clientele and target market that aligns with Southport.

“We welcome their presence within the town as a whole and hope to see their busy store on Lord Street remain, keeping the link with the brand in the town centre itself.

“We will continue to work with them and support the company in any way to keep their name on our high street.”

Sefton Council Liberal Democrat leader and Southport councillor John Pugh has opposed the development over fears that the supermarket will draw trade away from Southport town centre.

He was told by Government officials that Mr Jenrick “ is satisfied that the application should be determined at local level “.

Cllr Pugh said: “I wanted to put on record the risks this development presents and I sent through to the Government a link to the latest town centre Health Check  for Southport.

“This shows that the town centre vacancy rate is already double the national average.

“An out of town development necessarily impacts on town centre trade and will eventually lead to the departure of Sainsbury’s from Lord Street.

“I would sooner my fears for the future would turn to be groundless. Unfortunately though, since my initial objections the situation in the town centre has got dramatically worse and there are still unexplored uncertainties about the traffic impact at Meols Cop.”