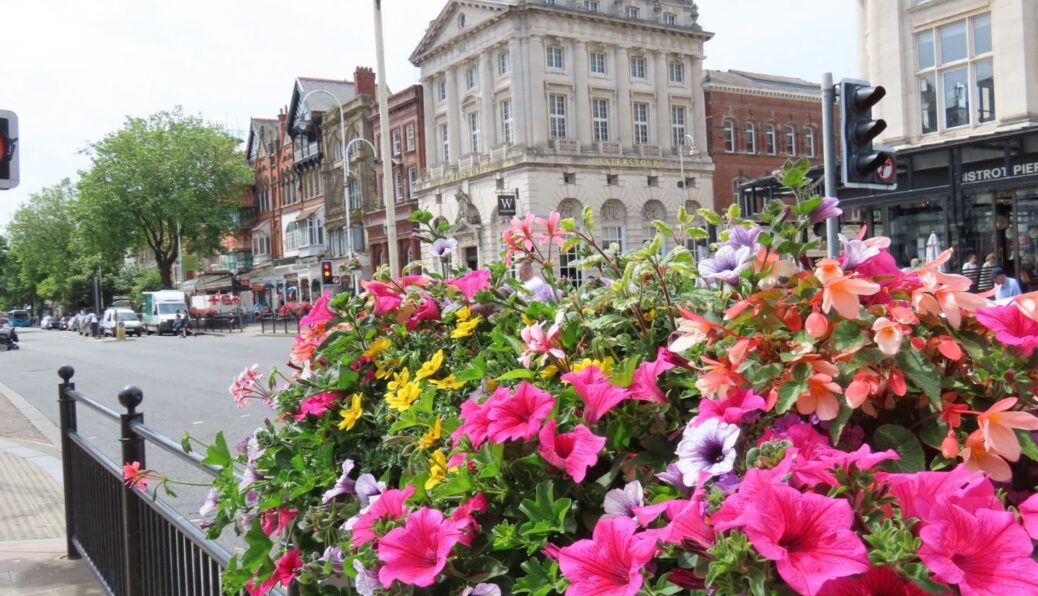 By Andrew Brown, Stand Up For Southport

Loungers UK Ltd is investing heavily in a new site in Southport – and it’s an important vote of confidence in our town.

The fast-growing national firm has just secured planning permission to convert one of Southport’s most magnificent buildings, on the corner of Lord Street and Nevill Street, into a new Occulo Lounge café bar.

It means it can now invest a hefty £1 million in transforming the former Waterstones bookshop into its newest venture which will be open seven days a week while creating 30 new jobs.

The junction of Lord Street and Nevill Street is a vitally important part of town, and about to become even more so. It’s right in the centre of town, and a key gateway between the town centre and the Promenade / seafront area.

That gateway is going to become much busier once work is completed on the new £73 million Marine Lake Event Centre and the accompanying water and light show in the Marine Lake.

A few years ago, the Russell and Bromley shoe shop stood on the opposite corner, but then sadly closed – a victim of changing retail habits including the rise of internet clothes shopping.

Seeing the building empty and in a poor state for a few years was an awful advert for any visitors.

Today it’s a thriving Bistrot Pierre restaurant, always busy with customers and a really attractive feature on Lord Street with its smart decor, attractive planters and hanging baskets, and the buzz from the ‘cafe culture’ created by all the people sitting outside enjoying their lunch.

Loungers is a big company which has been very eager to invest in the right spot in Southport for some time.

It is an operator of café-bar / restaurants across England and Wales under two brands, Lounge and Cosy Club.

It is the only growing all-day operator of scale in the UK, with a strong reputation for value-for-money and sites that offer something for everyone.

Loungers was founded in Bristol in 2002 by three friends who wanted to create a neighbourhood café-bar that they would want to go to. It is driven by an independent culture and a focus on the local community that will be a very welcome addition in Southport.

The firm is not alone in wanting to invest heavily in our town, and in Lord Street in particular.

It’s no doubt partly influenced by the successful securing of £38.5million of Town Deal funding from the Government, which has already supported the Southport BID’s creation of 300,000 new lights along Lord Street and Sefton Council’s conversion of Southport Market into a new food, drink and events venue.

Further along Lord Street, The Grand is looking spectacular after an initial investment of £4 million by Mikhail Hotel & Leisure Group with more to follow.

Work is taking place to convert the former Garrick Theatre.

A new 28-bed Wetherspoon Hotel is due to open in Pavilion Buildings on Lord Street.

A new indoor climbing centre is due to open a few doors down to the new Occulo Lounge.

The new Beales department store opened at the entrance to Wayfarers Shopping Arcade on Lord Street last year, as the firm’s fourth venture and its first in the north of England – there is no better vote of confidence in Southport’s future and where big investors think the town is heading.

Still, the investment by Loungers UK Ltd is not being warmly welcomed by everyone.

The news has sparked a keen debate in our Stand Up For Southport Facebook group, with some people eager to see more shops and fewer cafés, bars and restaurants.

Comments include: “Oh goody another one” and “Far too many cafes!!”

There is some support too.

Lis Campbell wrote: “This is brilliant news. The Lounge group are amazing for anyone with food allergies or intolerances. They are one of the few places that can do a decent gluten free menu.”

The worst case scenario for Southport, as with other towns and cities in the UK, is empty shops. We have been there recently and it wasn’t a pleasant place to be.

All of these empty buildings, and more, now have a bright new future. Not necessarily as shops, but with many uses – cafés, restaurants, piano bars, wedding venues, apart hotels, and even an indoor climbing centre!

They all add to the rich vitality and offer, all restoring some of Southport’s most magnificent buildings and maintaining our town’s rich heritage through new investment and new uses.

In the case of the Occulo Lounge, the previous use as a bookshop didn’t have the opportunity to expose many of the building’s features, due to its layout. This proposal will.

Waterstones bookshop has found a new home nearby, so it’s a win-win.

And while empty buildings in a town leads to more businesses pulling out and relocating, the opposite is true of somewhere like Southport where millions of pounds is pouring into a variety of new ventures.

Hopefully the huge investment in leisure and hospitality venues such as Occulo Lounge, The Grand and others will attract other new businesses to follow, including new shops.

Since Southport Market opened last year, we have seen new independent shops open nearby in the ‘Market Quarter’ area.

The investment by Mikhail Hotel & Leisure in the northern end of Lord Street has seen a flourishing number of new ventures opening in the new ‘Northern Quarter’.

So good luck to Loungers UK Ltd in their exciting new venture in one of Southport’s grandest buildings, constructed between 1925 and 1927. I am looking forward to seeing what they are going to do with this site.

It’s a substantial investment in Southport – £1 million in converting the building before the first breakfast is served.

That’s a massive vote of confidence in the future of Southport.

I have no doubt that their huge positivity about our town will encourage many more investors, of all shapes and sizes, to follow in their footsteps.