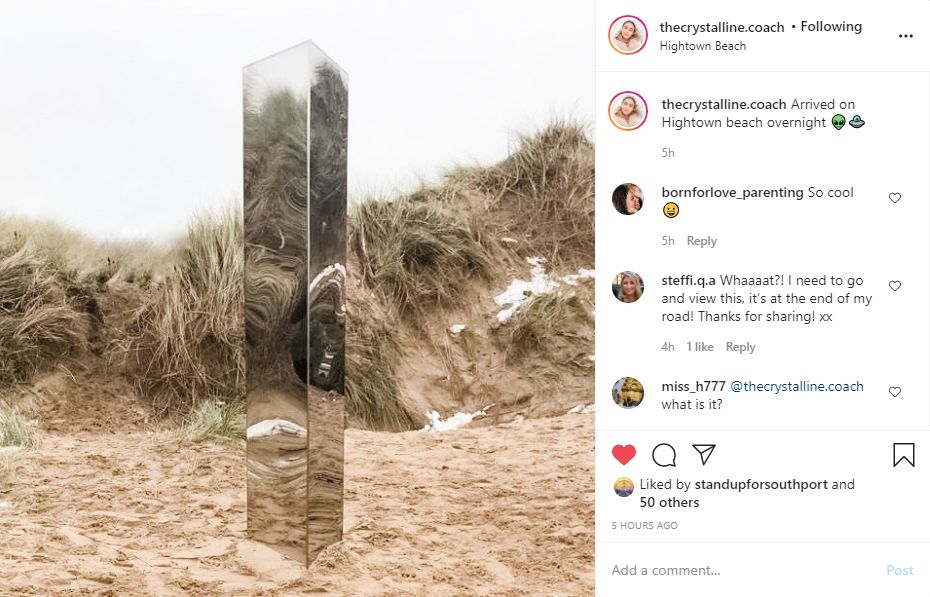 A mysterious monolith which has appeared in sand dunes at Hightown Beach is in the process of being removed by Sefton Council.

Council officers were concerned that the structure had been placed in an area which is a Site of Specific Scientific Interest (SSSI) due to the various protected and endangered species which exist there.

A spokesperson for Sefton Council said: “We were made aware of the erection of a ‘monolith’ type structure on the dunes of Hightown Beach this morning (Monday, January 25).

“This is an incredibly sensitive area of protected wildlife habitation and at no time were we approached for any permissions relating to this structure.

“Our Green Sefton staff have attended the area to investigate the safety and nature of the structure and have taken the decision to begin a process of removal.

“The area in question is part of a Site of Specific Scientific Interest (SSSI) due to the myriad of protected and, in some cases, endangered flora and fauna and our staff work tirelessly to look after these species.

“The location also forms part of a natural flood defence and potential disturbance of the landscape caused by any visitors to this instalment would be incredibly damaging.

“Had we been approached by the artists behind the structure, formal discussions would have taken place to find a more suitable and safe location.

“The structure will now be removed and placed in storage until it is claimed by the owner.

“Furthermore we would like to remind everyone of the need to adhere to the current national COVID-19 lockdown restrictions and stress the need to avoid social gathering outside of your household or support bubble.”