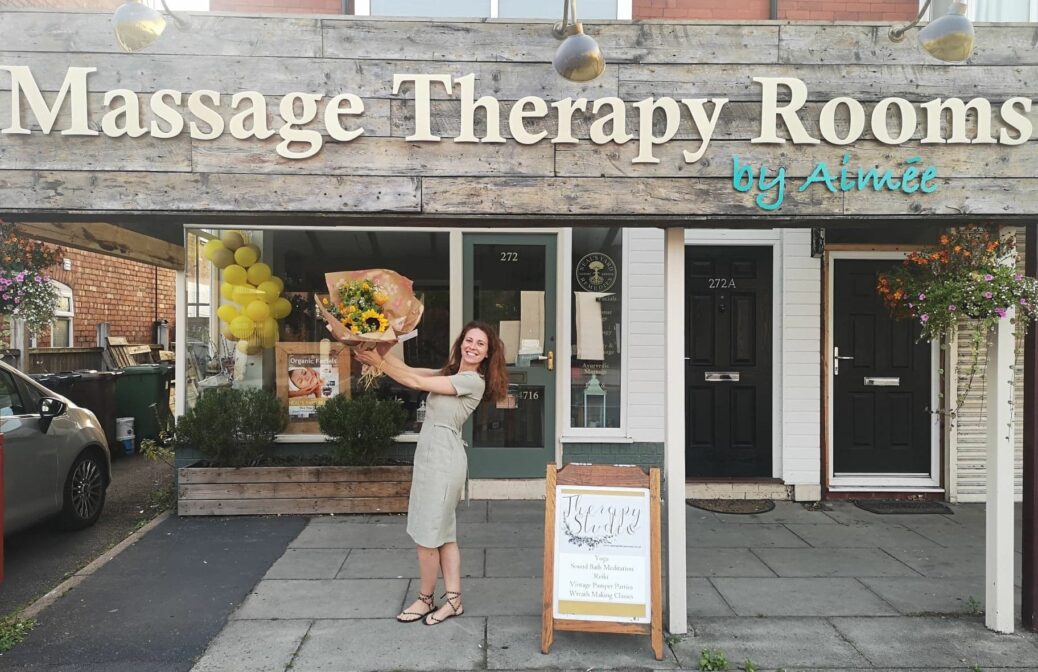 A Southport business which was devastated by a fire six months ago is now back up and running!

The blaze struck at the Massage Therapy Rooms by Aimée on Liverpool Road in Birkdale in Southport in the early hours of Tuesday, 12th April.

After months of hard work and a fundraising appeal the premises is now back open again – and looking forward to its delayed seventh birthday.

Owner Aimee Byrne has thanked her staff members, family and her loyal customers who have supported her through such a challenging year.

She said: “We are looking forward to celebrating our belated seventh birthday party which sees our business growing from strength to strength due to a loyal and beautiful client base and therapy team.

“It has been an incredibly difficult six months.

“Sadly, the fire at the shop has forced me to take time away from my first baby girl when I was supposed to be on maternity leave. 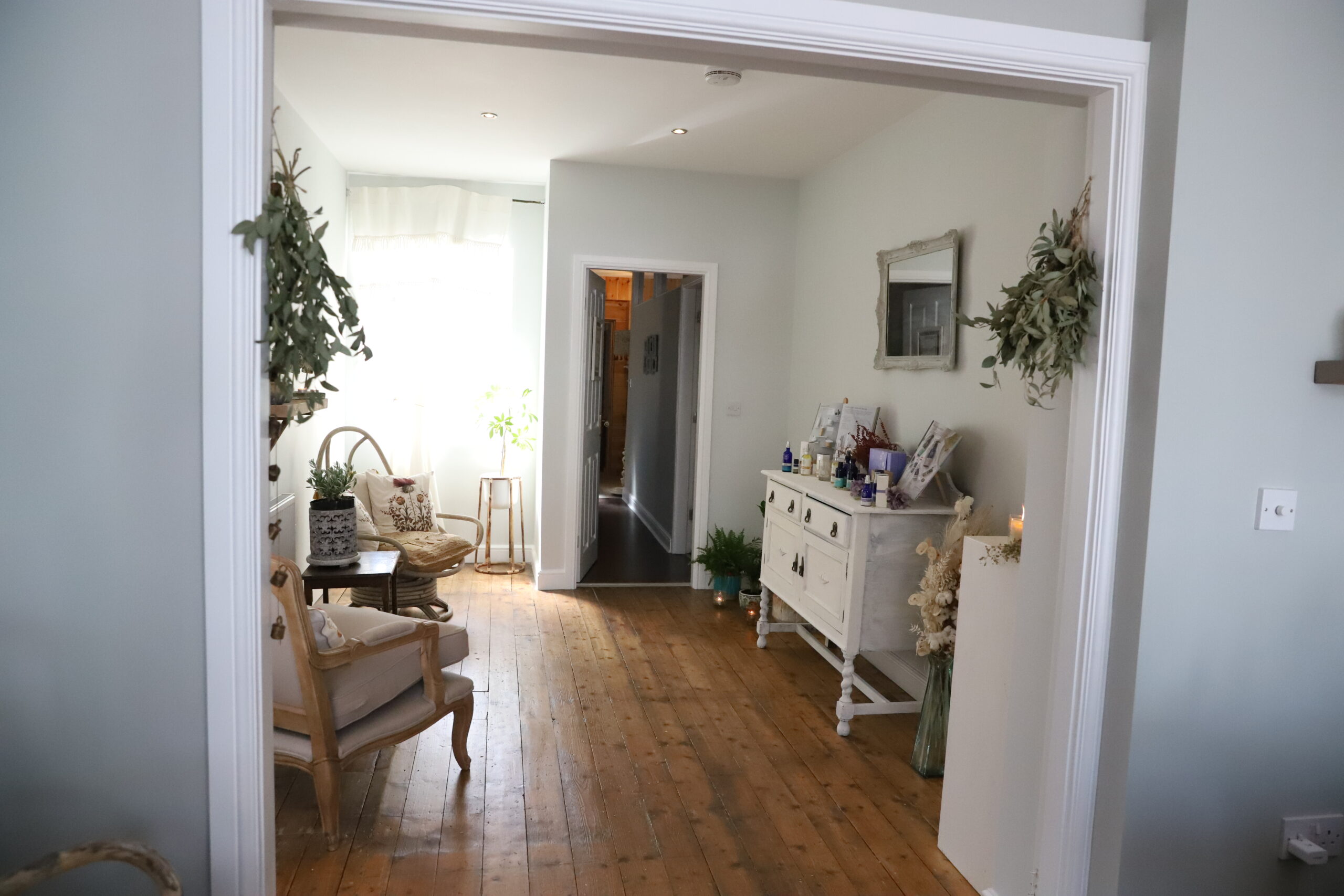 “But with the amazing spirits and hard work of all my ladies Rosemarie, Jess, Wiola, Sarah and Dyan and the incredible work of R.J. Byrne Construction we are now back, stronger than ever.

“I can’t thank all those that donated to our Go Fund Me page enough. You have no idea how much that money helped us at the onset, especially to mitigate any further damages to the building and through to now, as we are still waiting to complete with the insurance company to get all that we are owed over a fire that wasn’t our fault.”

The incident happened in the early hours of one morning in April this year and caused carnage to the premises. 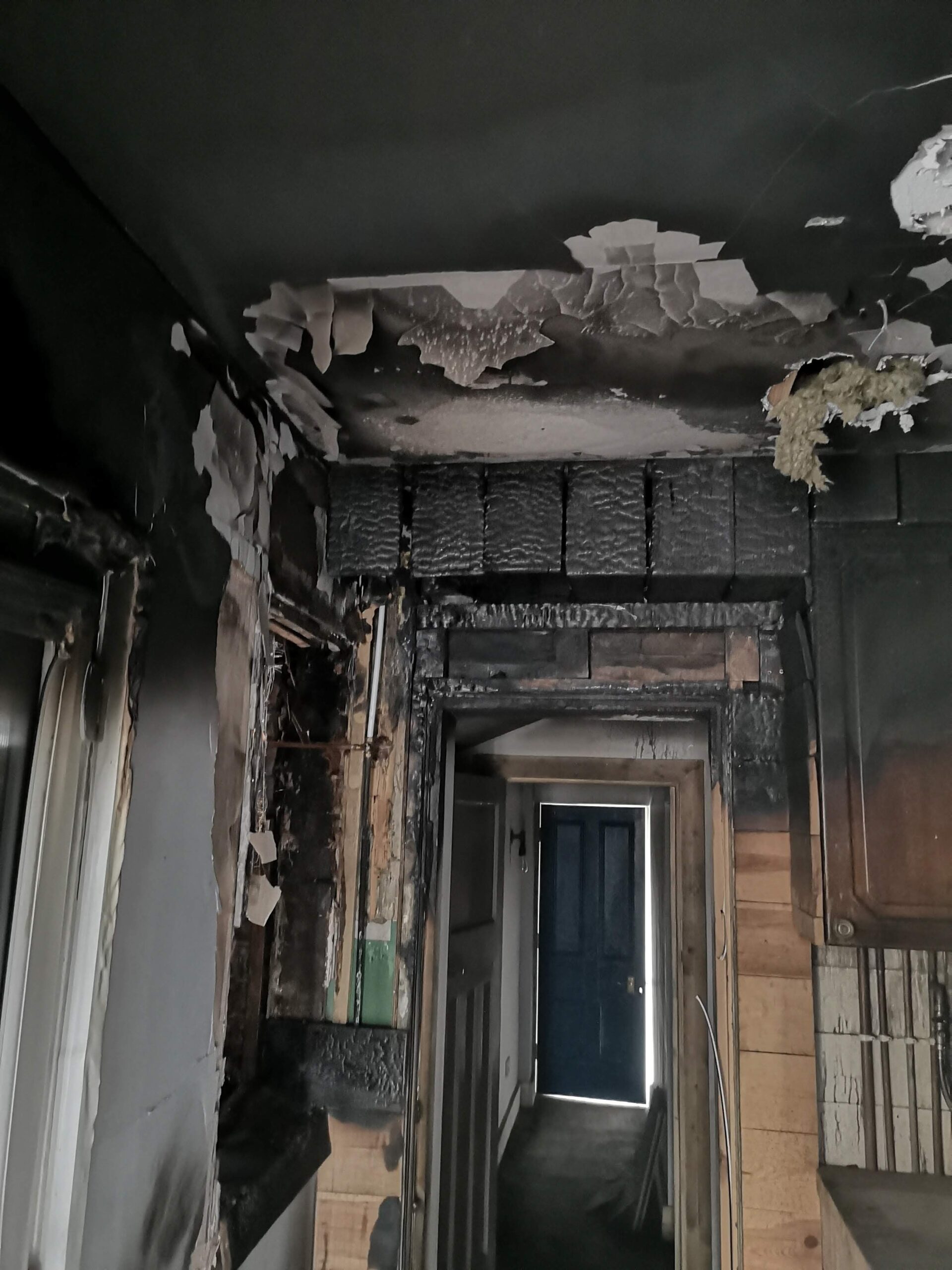 The Massage Therapy Rooms by Aimée on Liverpool Road in Birkdale in Southport is now open again after a devastating fire in April. The scene after the blaze

The pictures of the damage – caused by fire, smoke and water from firefighters – were so distressing that Aimee couldn’t bear to look at them.

She said: “We were called at 5.30am Tuesday 12th April by Dave Halsall of Halsall Removals next door to tell us the fire brigade was doing their best to tackle a blaze that started outside and worked its way into our shop.

“We are so thankful for that, or it could have been even worse, which doesn’t bear thinking about.

“Luckily for us my husband, Robert, runs R J Byrne Construction and the team had installed considerable fire protection and insulation during the initial development which has saved the building.

“The shop, unfortunately, was destroyed due to the fire, smoke and water damage. 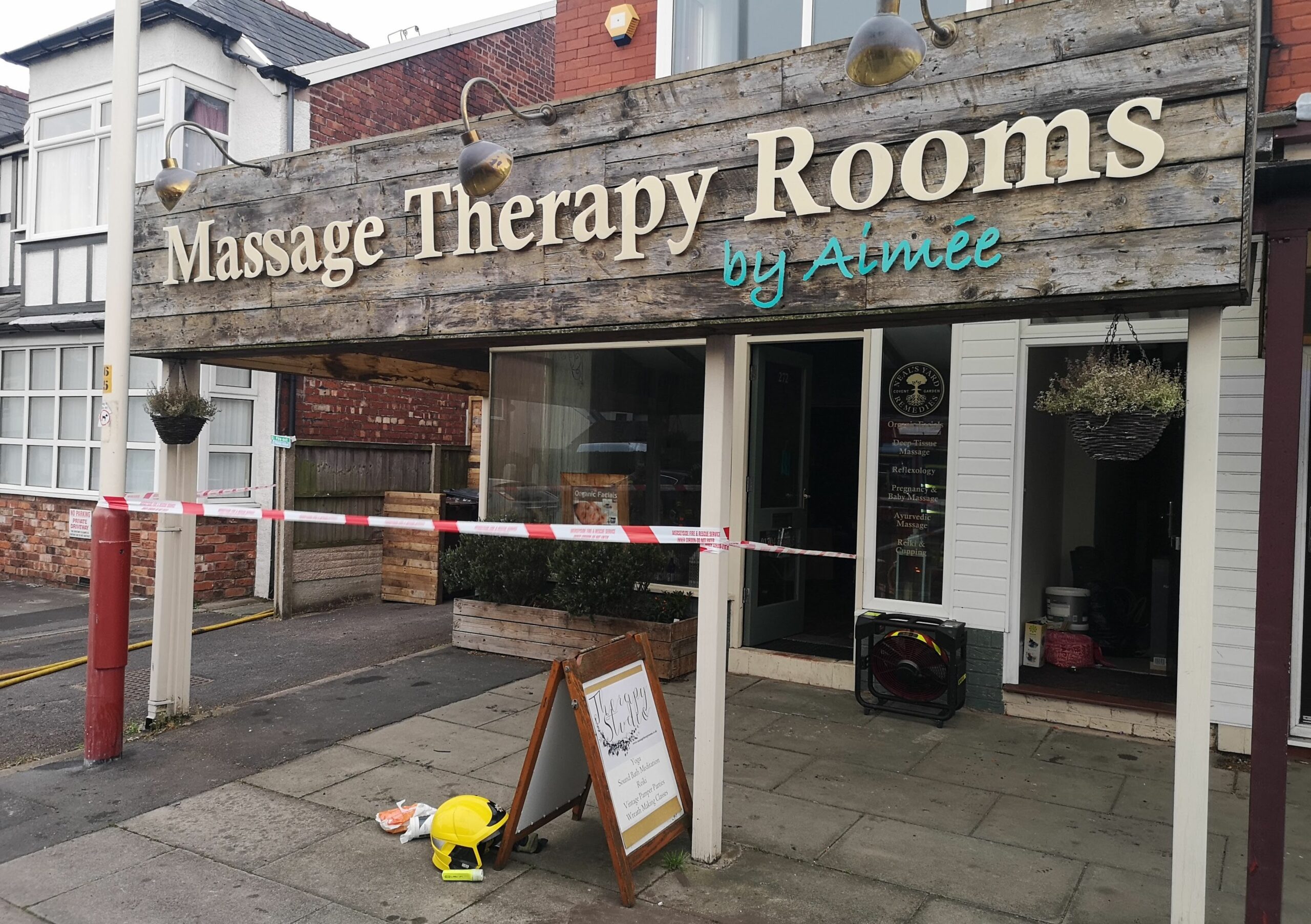 The Massage Therapy Rooms by Aimée on Liverpool Road in Birkdale in Southport is now open again after a devastating fire in April. The scene after the blaze

“It has been devastating for us as we spent everything we could have on it over the past seven years.

“All the items we had gathered, salvaged and up-cycled over the years to make the shop the welcoming space it has become were all lost in a matter of hours. It was hard to take.

“The outcome of the fire is inconclusive. It seems we have just been at the brunt end of some very bad luck.

“The fire started from outside and made its way into our premises causing heartbreaking damage and loss and a great fortune to repair.” 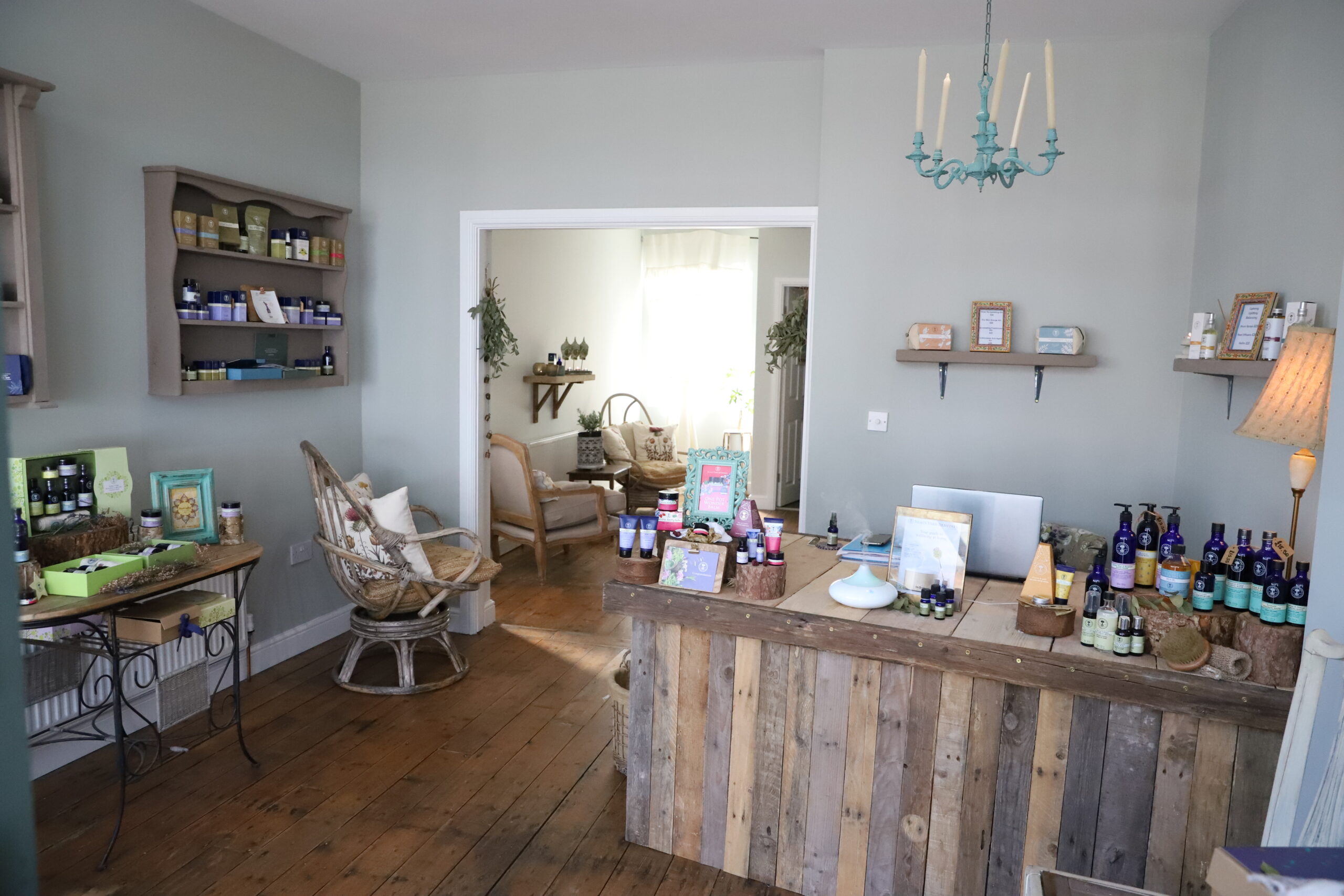 Getting everything back to how it was has taken a huge team effort.

Aimee said: “I can’t thank everyone enough, those that stepped in to help clean; Pure Birkdale, Wild Root Café and The Hart Space for giving us a temporary work home; parents without whom we couldn’t have saved our shop in this time without them looking after our beautiful Betsy; and lastly we can’t thank all of our patient clients enough, who have returned back to us.

“Simply, we are blessed and grateful to be surrounded by such angels.

“Our heavenly Therapy Rooms has now been restored back to its former glory, thanks again to our heroes, my husband and R J Byrne Construction.

“We look forward to seeing you all soon.”