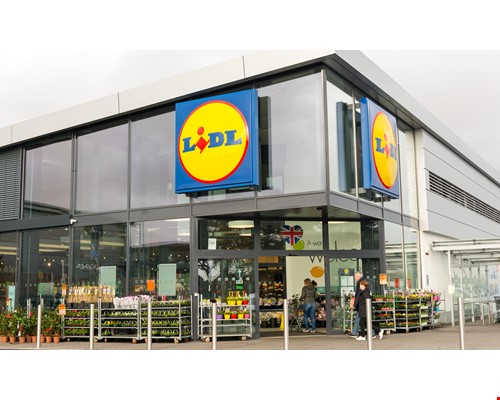 Lidl has revealed it has been eager to open a new supermarket in northern Southport “for many years”.

The firm has recently submitted a planning application to Sefton Council to build a 1,900 sq m food store on land at Marine Drive / Crossens Way alongside eight individual employment units in conjunction with Saltmarsh Estates.

The scheme would create up to 90 new jobs, including 30 at Lidl and up to 60 at the new business units.

Lidl already operates a store on Virginia Street on the edge of Southport town centre, but has been keen to open its second venture in the town on the northern edge of the resort where there is limited competition.

Tesco currently operates substantial  superstores on Town Lane in Kew and on the Formby Bypass, the town centre boasts large Morrisons, Sainsbury’s and Asda stores, Marshside has a large Co-Op store, while Sainsbury’s is planning to build a new 7,596 sq m supermarket at Meols Cop retail park in Kew.

Plan A (North West) Limited, which has submitted a Planning and Retail Statement for the scheme, said: “Lidl has had a requirement to deliver a new store to serve the residential areas in northern Southport for many years.

“Potential options have been explored but the company has been unable to identify a site of a suitable size that is available for retail development, with it being the case that the scale of potential sites is simply too small, or the land is reserved for residential development.”

The land was previously earmarked for employment use. But a lack of sufficient interest means that the developers now believe that a hybrid use between a Lidl supermarket and eight business units is the best answer.

Sefton Council granted had planning permission in December 2018 for the development of a 4,304 sq m of gross employment scheme for occupation but this has not been implemented to date.

Plan A (North West) Limited said: “Saltmarsh Estates secured planning permission for an employment development across the whole of the application site in 2018.

“However, whilst a marketing campaign by commercial agents indicated that there was some level of occupier interest, this interest was insufficient to enable the development to commence and, as a result, those parties that were interested have now secured accommodation elsewhere.

“Therefore, the developer has been forced to re-appraise its intentions for the site and to explore alternative options to enhance the viability of delivering speculative employment floorspace in this location under the prevailing economic conditions.

“The proposals have, therefore, evolved on the basis that the Lidl store development will enable the employment development to be brought forward in a viable manner and support the comprehensive development of the site.

“The substantial investment by both parties will deliver significant economic benefits, including the creation of new employment opportunities, to the benefit of the local communities.”

The new Lidl store would have a 1,256 sqm sales area and include an in-store bakery, customer toilets and 111 car parking spaces including disabled, parent & child spaces and rapid electric vehicle charging points.

The public are invited to comment on the proposals via a dedicated website https://www.marinedrive.expansion.lidl.co.uk and through a leaflet which is being delivered to properties in the area. Residents with questions about the proposals can also call Lidl’s consultation team directly on Freephone number 0800 089 0361.

Lidl’s Regional Head of Property, Stuart Jardine, said: “Our existing Southport store is very popular and we have been looking for the right site to bring a second store to the town for some time.

“We are keen to engage with the local community and so we’re launching a ‘virtual’ public consultation in order to give everyone an opportunity to review our plans.

“We would encourage residents to provide their questions and comments via the project website or the consultation leaflet.”

Lidl has plans for significant investment in the area in the coming months, with ambitious expansion plans across Sefton, Liverpool and Wirral.

The new supermarkets form part of the company’s £1.45bn investment in its expansion across Great Britain in 2019 and 2020.