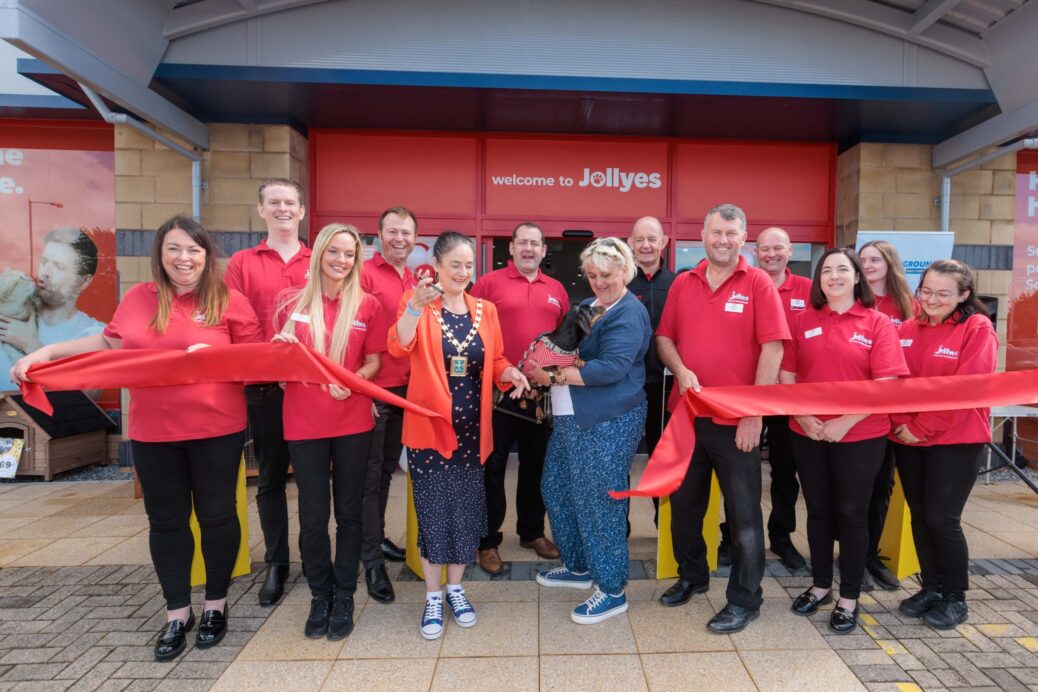 Hundreds of people and their pets, of all breeds, shapes and sizes, enjoyed the launch of the new 6,000 square feet store at Kew Retail Park on Saturday.

They were treated to a fun-packed day with: entertainment including a magician, stilt walker and balloon artist; goody bags for the first 100 visitors; an outside broadcast from local radio station Sandgrounder Radio; free puppachinos from Churchtown dog-friendly café Barklays; and the chance to win prizes of up to £200 on Jollyes vouchers on the wheel of fur-tune.

Jollyes’ ‘stroke van’, in partnership with The Stroke Association, was parked outside the store so visitors could meet and stroke dogs – an idea inspired by research during the pandemic which showed pets make a positive contribution to owners’ physical and mental wellbeing. 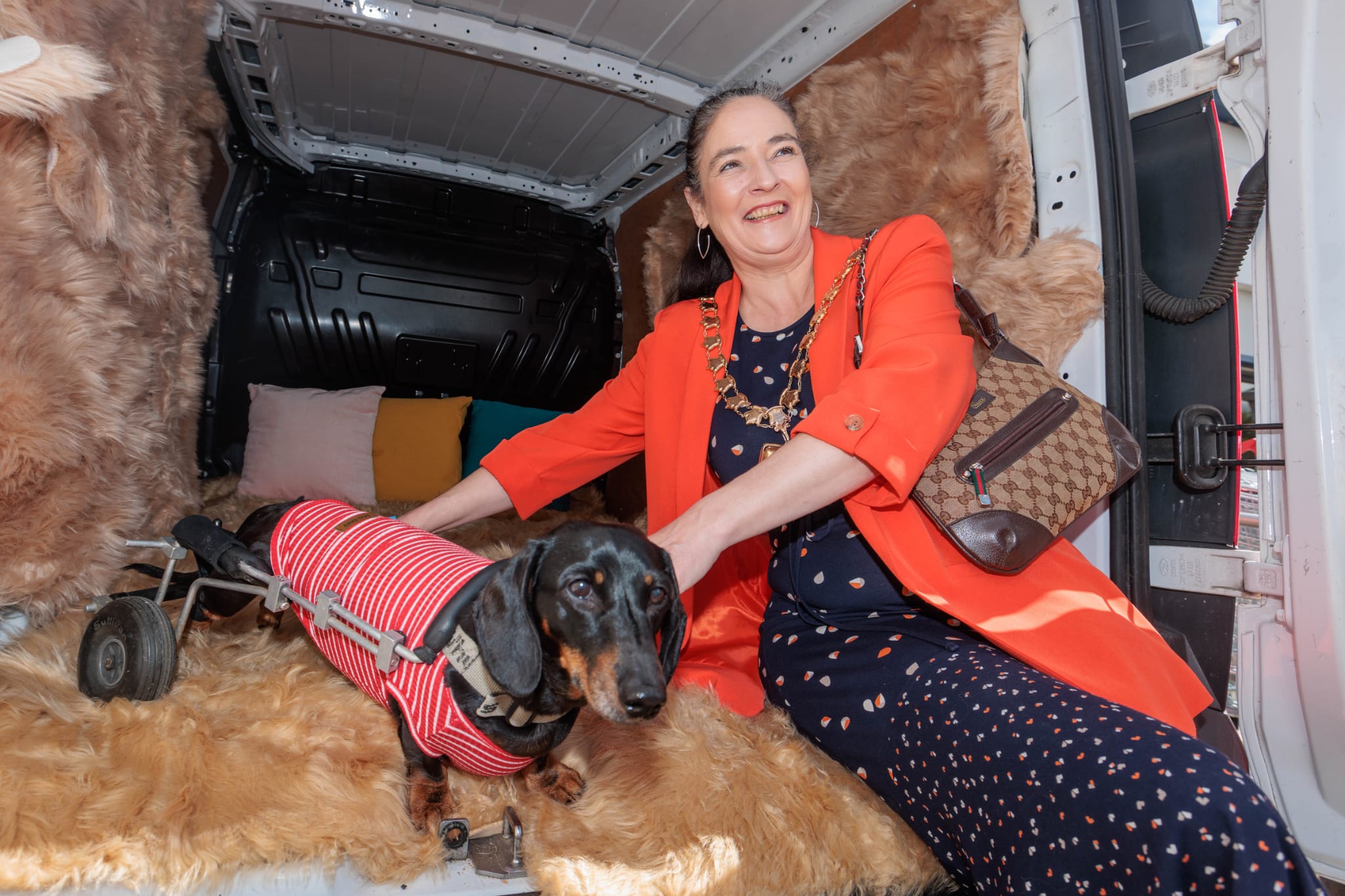 The new Jollyes pet store has opened at Kew Retail Park in Southport. Mayor of Sefton Cllr Clare Carragher with Dennis the Dachsund in the Jollyes stroke van

The ceremonial red ribbon cutting to officially open the new venue was carried out by Mayor of Sefton, Councillor Clare Carragher, and by local two-legged celebrity canine, Dennis the mini dachshund.

The new store has created 10 jobs for local people.

Five £50 vouchers were presented to the winners of the Southport’s Cutest Pets competition, which was run jointly by Sandgrounder Radio, Stand Up For Southport and Southport Dog Friendly. 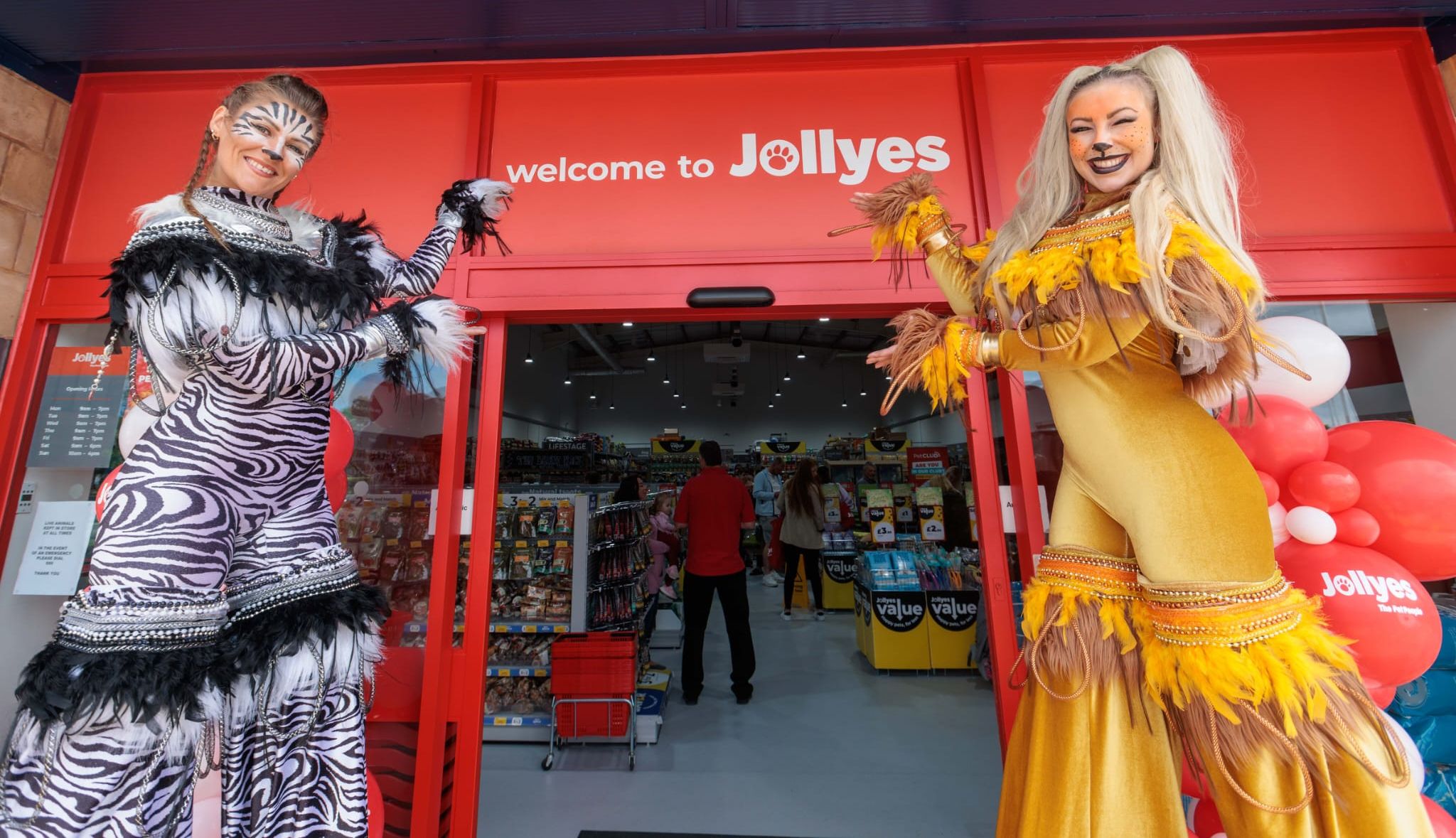 “On Saturday we opened our latest store in Southport. Councillor Clare Carragher and Dennis the Dachshund were our guests of honour and it was amazing to see so many customers and their pets in our store!

“A huge thank you to all of our colleagues and amazing supply partners who made the store happen and good luck to the Manager, Martin, and the team as they support the pet parents of Southport.

“Our colleagues have worked hard to make sure the site shows off our fantastic ranges at their best so that pet owners in the area can pick up what they need.” 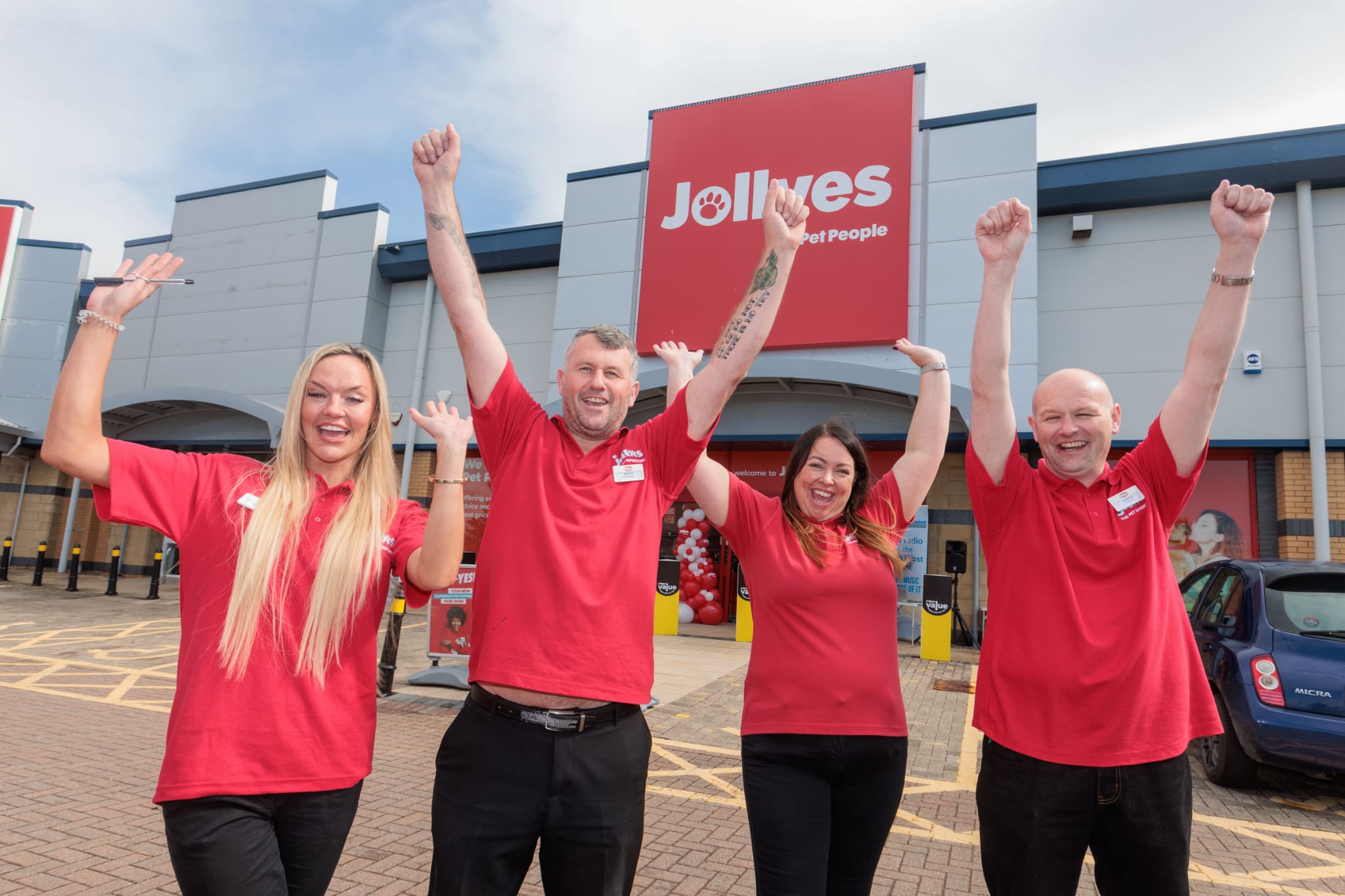 The new Jollyes pet store has opened at Kew Retail Park in Southport.

“It was so nice to see so many local people come along and support the opening of the new store.

“Jollyes opening a store here in Southport, for me, shows just how many national brands and companies view the potential of the town as a place to invest in and do business with.”

The opening was welcomed by local pet owners.

Spelling on the Jollyes Facebook page, Michelle Rushton said: “I went on Saturday morning, it was fantastic, and the staff on the tills were lovely even though it was so busy, well done to them and all the team.”

Denise Pitman wrote: “I popped down with my little Chihuahua for the grand opening, we had a lovely time.

“I purchased loads of goodies for my two dogs and two cats. I met the fab staff, and the goody bag is amazing, thank you so much.” 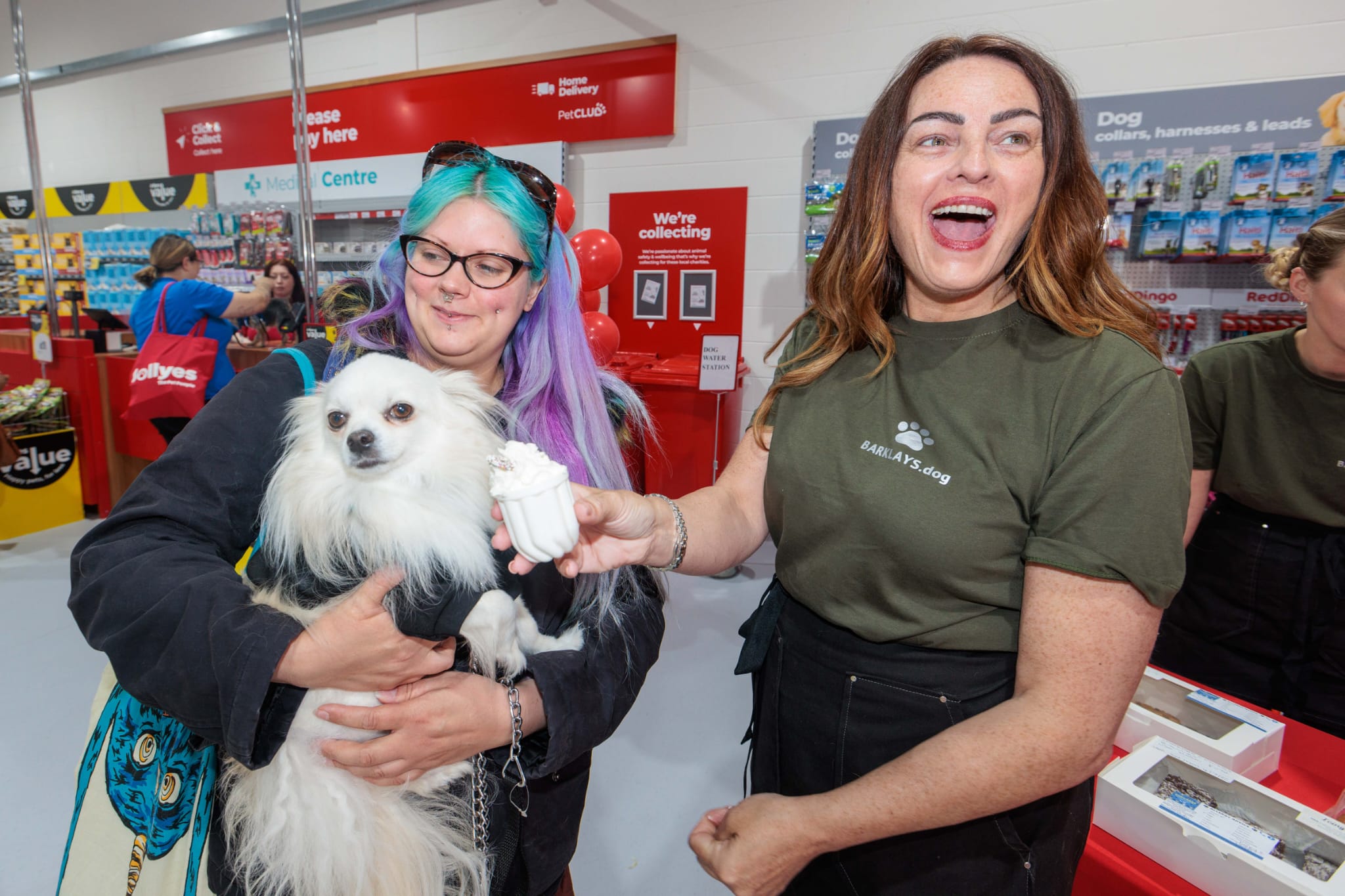 The new Jollyes pet store has opened at Kew Retail Park in Southport. Pet owners and their pets were treated to free puppachinos from Lesley Morgan-Macbain (right), owner of Churchtown dog-friendly café Barklays

The store also offers the premium Lifestage Artisan dry food, made by a local pet food manufacturer, including new flavours Scottish salmon with dill and spinach, and haddock with peas and parsley – all traceable back to dedicated farms. 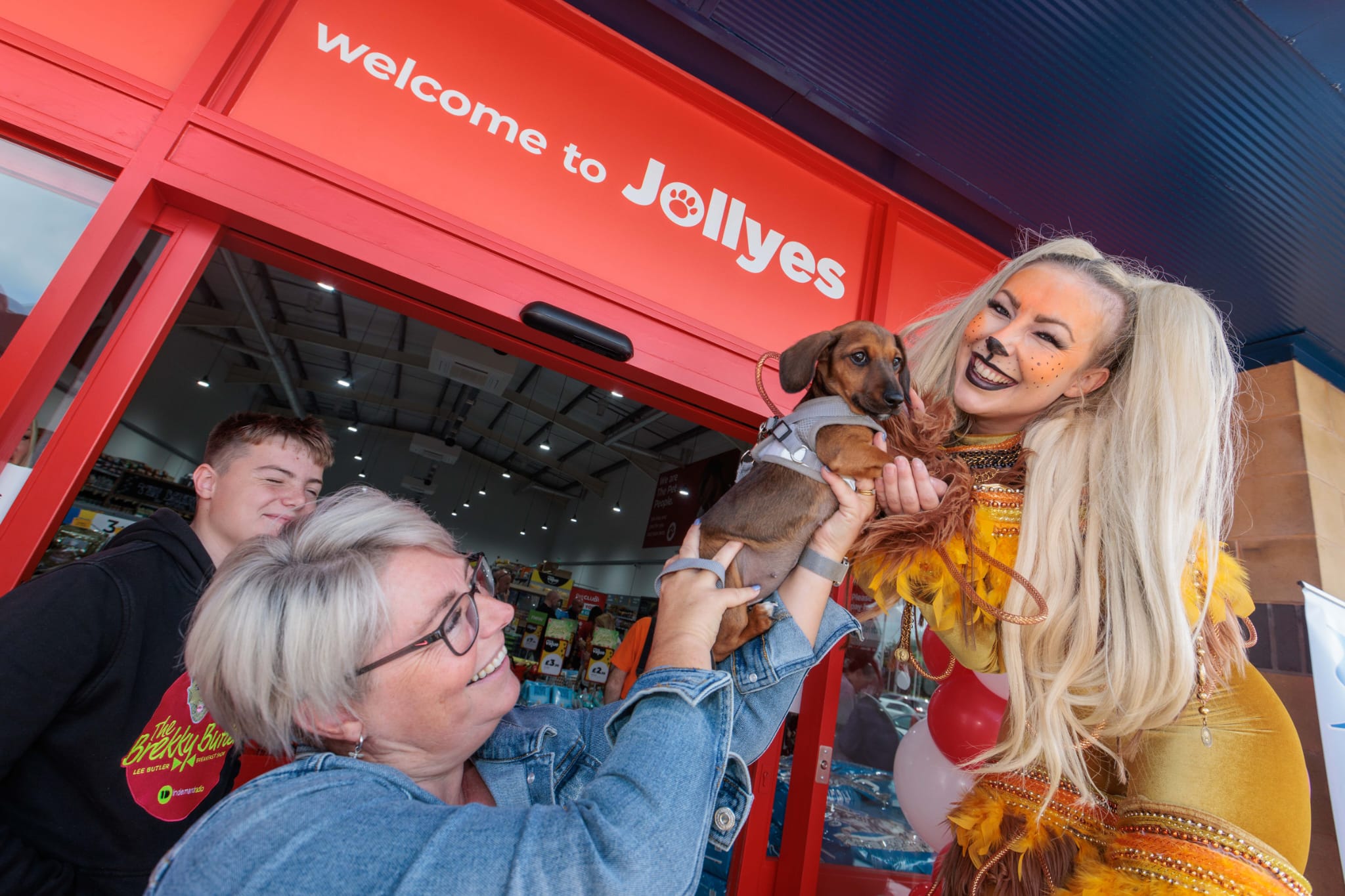 Jollyes has more than 70 stores across the UK and the new Southport store complements its other popular outlets in the North West including Ashton-under-Lyne, Bolton, Eccles, Ellesmere Port and Runcorn.

Backed by Kester Capital, Jollyes announced in January it had a pipeline of 20 new store openings over the next year.