IllumiDex is lighting up Ainsdale Village in Southport with 70,000 sparkling new lights

Home IllumiDex is lighting up Ainsdale Village in Southport with 70,000 sparkling new lights 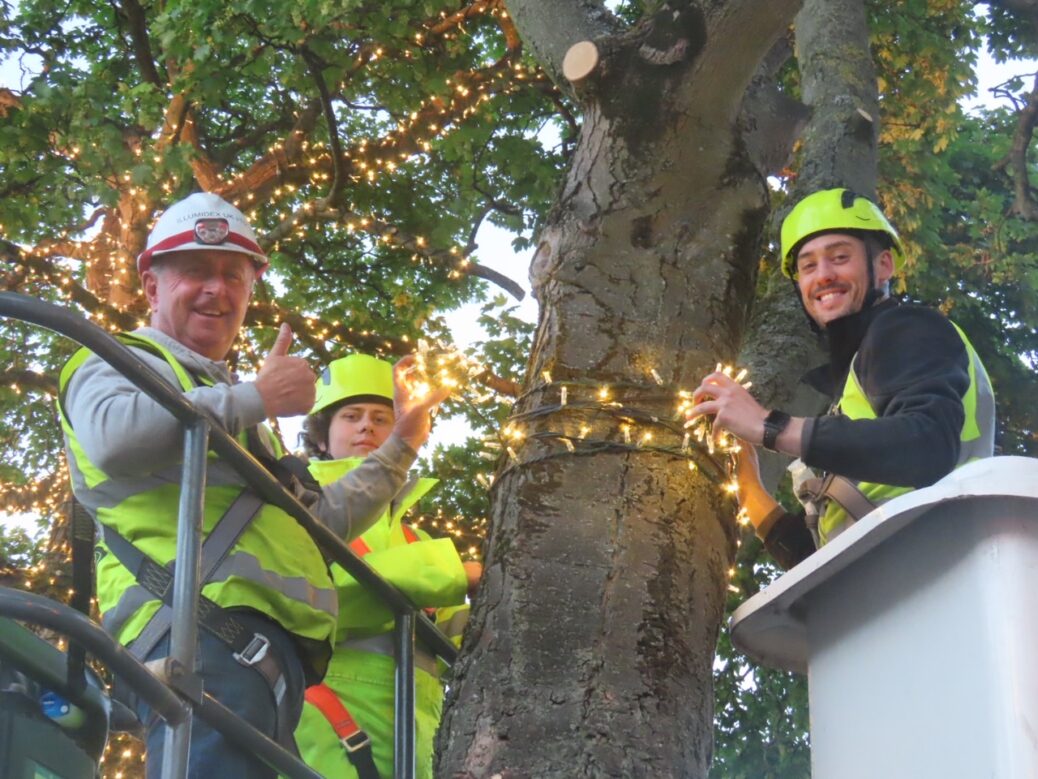 Workers from the family-run firm are currently in the process of installing 70,000 LED lights between Ainsdale Railway Station and the roundabout between Liverpool Road and Station Road.

IllumiDex earned an impressive reputation both locally and nationally after completing the Southport BID project to install lighting along the entire length of the mile-long Lord Street in Southport town centre in 2021.

The project was the largest of its kind in the UK and was praised by Prime Minister Boris Johnson in Parliament.

Now the firm is excited to be lighting up Ainsdale, home to fabulous shops, cafes, restaurants and other local businesses, to put the Village firmly on the map.

The IllumiDex team is using specialist equipment including a cherry picker and a MEWP (Mobile Elevating Work Platform) to wrap a total of 700 sets of 10-metre long lights around 24 trees in the area – which would stretch out to seven kilometres if laid end to end.

The project has been commissioned by Ainsdale Civic Society.

Illumidex UK Ltd Director Steve Clayton said: “We have been in discussions about the project for the past 15 months, so we were delighted to have been given the go ahead for work to start. We have held a number of meetings with partners including Ainsdale Civic Society, Sefton Council and Green Sefton.

“It will take us around two and a half weeks to light up the Village. 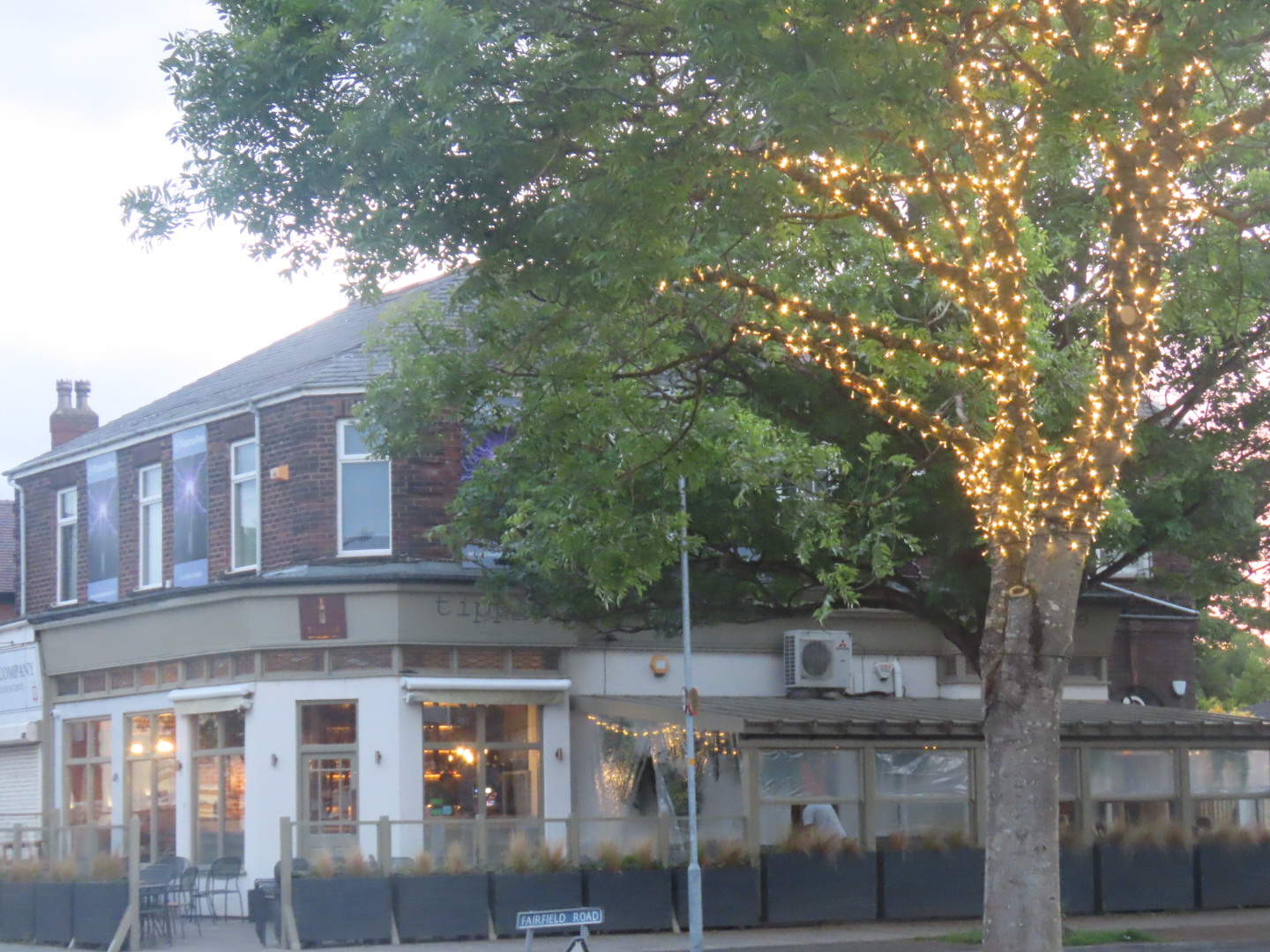 “We will be providing lighting between the roundabout and Ainsdale Railway Station.

“The lighting will be the same in style and colour as the lights we installed along Lord Street, with a similar number of lights in each tree.

“We shouldn’t be too far off finishing by the time of The Queen’s Platinum Jubilee weekend, we should complete the entire scheme around two or three nights afterwards.

“We will have two IllumiDex teams carrying out the work each night.”

The brand new lighting is going to make a big difference to local businesses and local people in Ainsdale.

Steve Clayton said: “It is a really, really nice job to do. Everyone we have spoken to in Ainsdale about it is really excited about this one.

“The lights will come on at around 8pm each night, although that will change later in the year as the nights begin to draw in. During autumn, winter and spring, when lots of people are out and about during the afternoon and in the evening, and shops, restaurants and bars are still open, the new lighting will make a big difference to the Village. 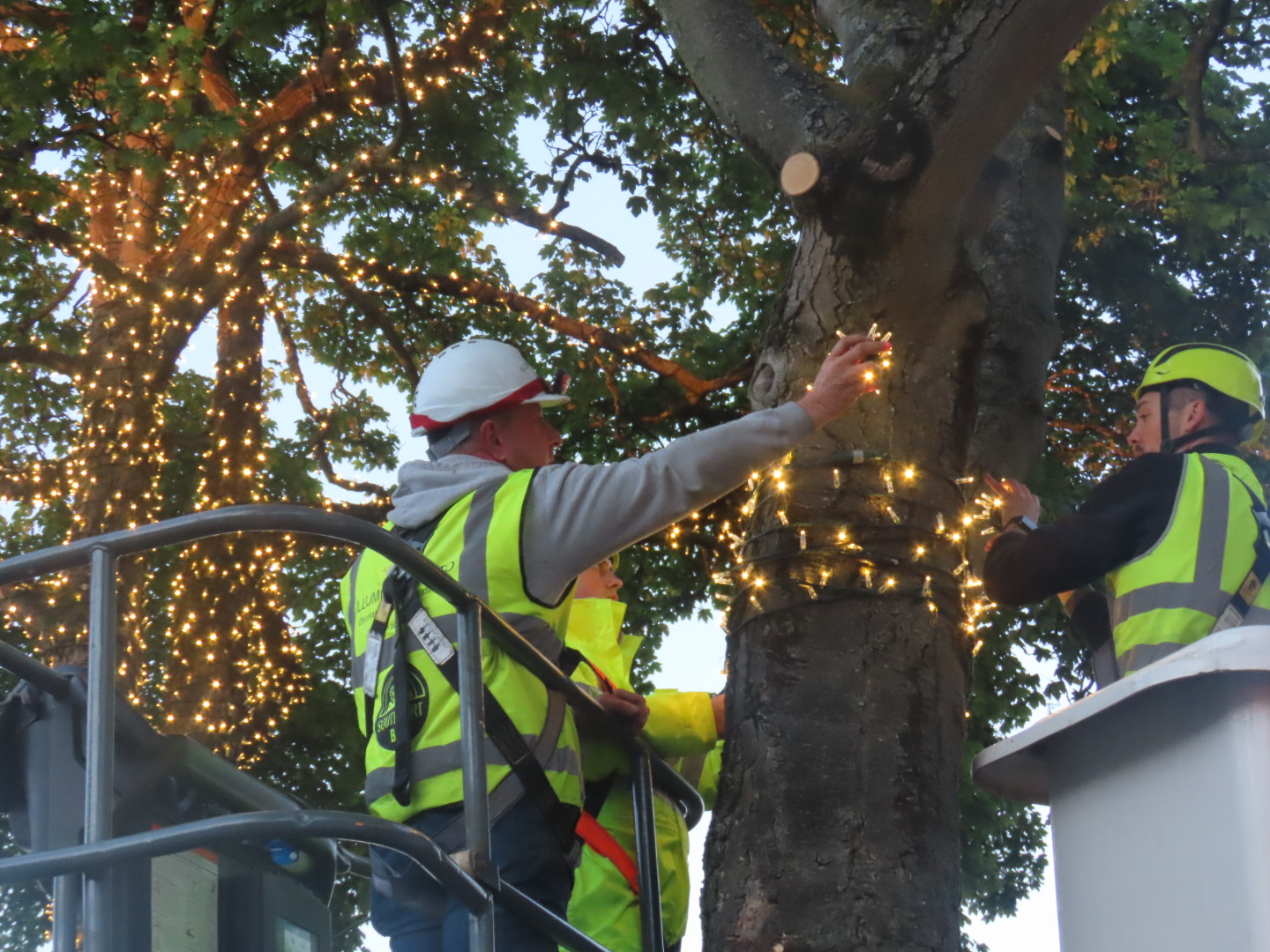 “When people are travelling on the train between Southport and Liverpool and they pass Ainsdale, or stop at Ainsdale Railway Station, they will really notice it.

“The Village will really stand out!

“The new lighting will make Ainsdale look even prettier than it already is, and will bring lots of sparkle to the Village.

“These are not Christmas lights, these lights are to make the Village look attractive all year round.

“We would like to thank Co-Op in Ainsdale for allowing us to use their car park while the work has been taking place.”

Ainsdale Civic Society Chairman Tony Brough said: “We have taken the lead from the lighting that IllumiDex installed along Lord Street in Southport town centre last year, and the huge impact it has had there.

“It has been very positive and regenerative and we wanted to achieve something similar in Ainsdale.

“We couldn’t have done this project without the support of Sefton Council, which has been really supportive. I would like to pay special thanks to Mark Kenny from Sefton Street Lighting, but also to other council officers who have supported this initiative. We have enjoyed backing from fellow Ainsdale councillors Cllr Terry Jones and Cllr Lynne Thompson as well. 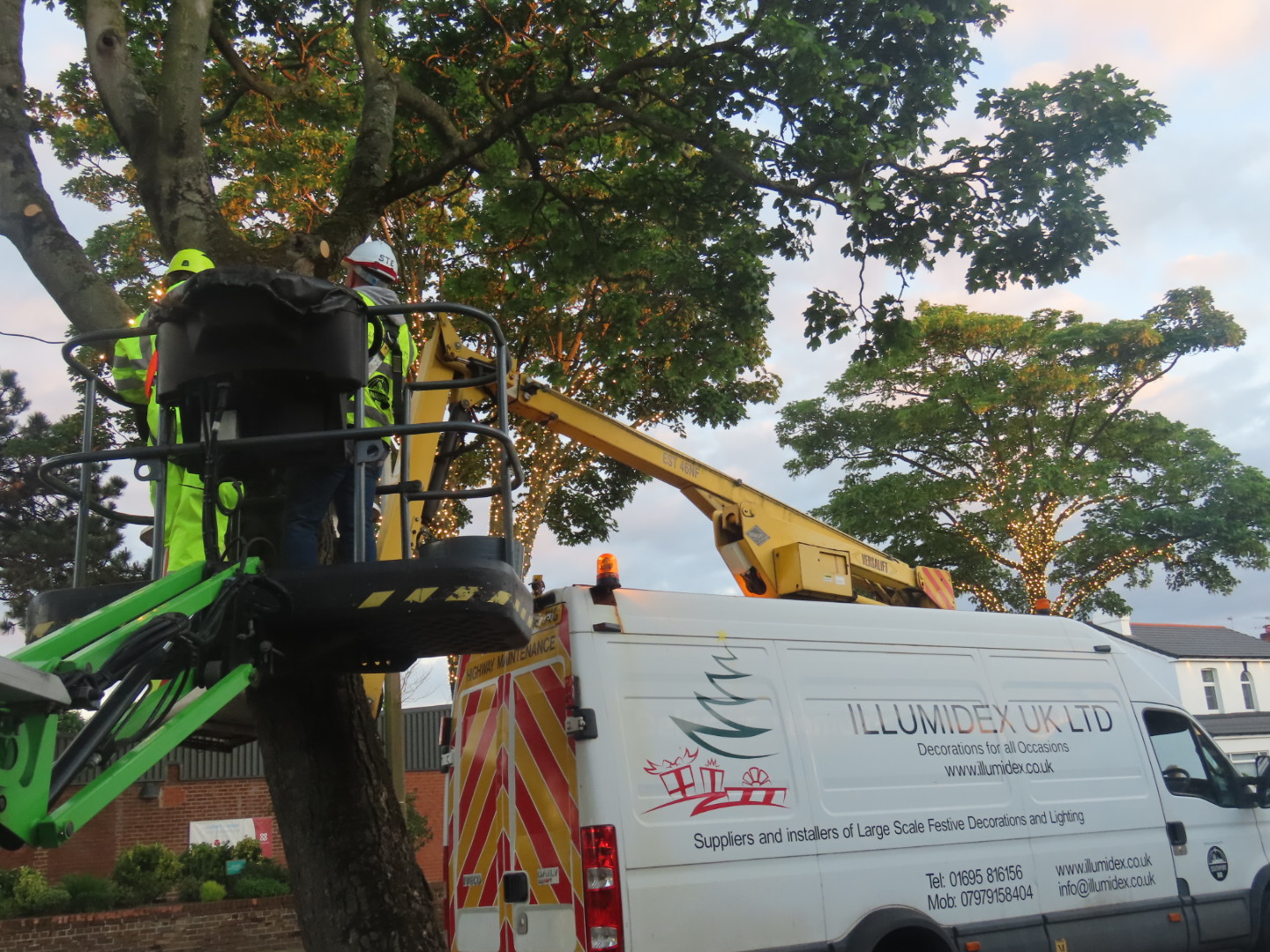 “The Ainsdale Civic Society members have never shied away from taking on what is a pretty substantial task like this.

“There has been a serious amount of effort to put this all together.

“I have seen a couple of trees completed already and I am delighted by what I have seen.

“Ainsdale, like Lord Street, and like Birkdale, will soon be lit up and will have something to celebrate in time for the Jubilee weekend and in time for the Christmas season later this year.

“When the lights are all on, there is going to be a beautiful ambience in Ainsdale Village.

“It is going to be a pretty spectacular sight for people to see, creating a place where people want to be and to spend time, which is going to be great for our local economy.

“This new lighting is going to enhance people’s experience of Ainsdale.” 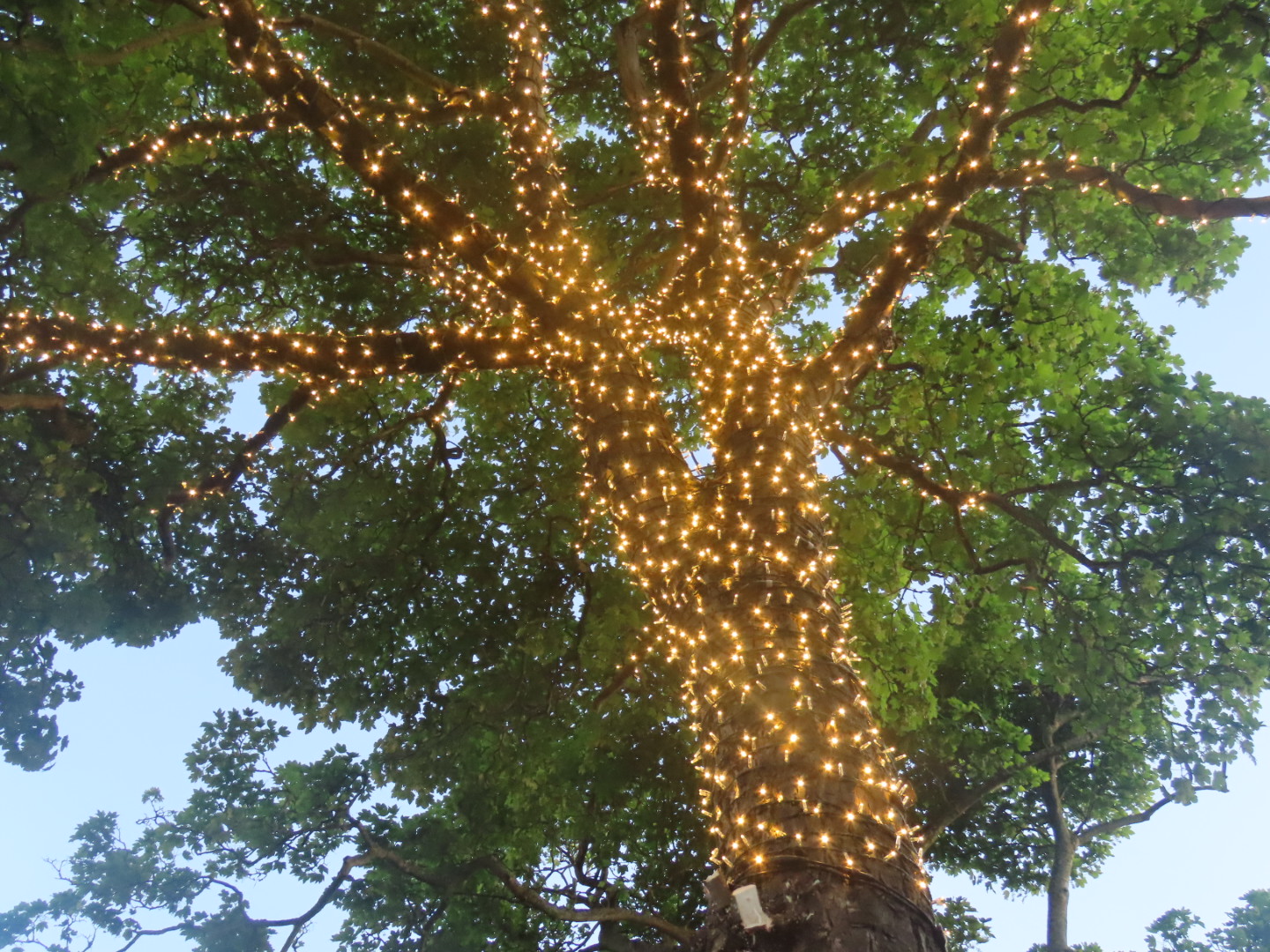 Illumidex UK Ltd is a family-run company based in Southport which covers the North West.

They have worked hard to establish themselves as one of the leading festive lighting decoration manufacture and installation companies, offering a tailored and exceptional service to all of their clients, both commercial and residential.