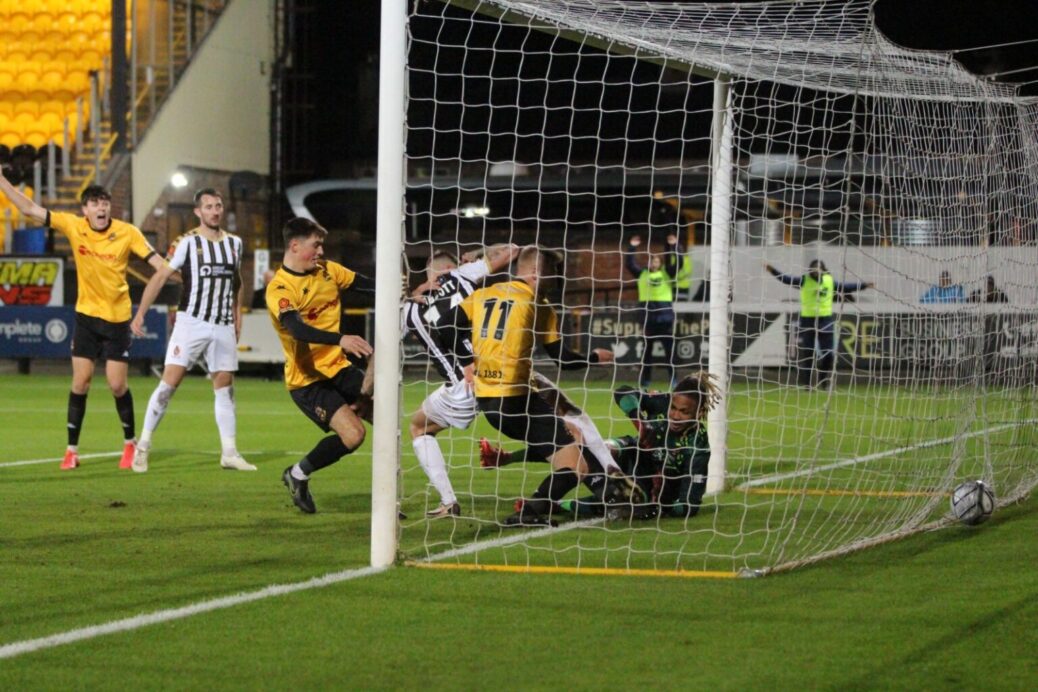 Lancashire coast rivals AFC Fylde will be making their first ever visit to the ground for a 3pm Bank Holiday kick off.

The Sandgrounders are just one point from the play-off positions with just six games of the season remaining.

Fans are being urged to buy their match tickets in advance where possible.

A Southport FC spokesperson said: “The forecast is great and a bumper crowd is expected and we urge people to buy tickets in advance to save any matchday queuing, tickets on sale HERE.

“The Club Shop will be open from 10.30am on Friday morning.

“Southport go into the game in 9th place still well in with a chance of the play-offs. The 1-1 draw on Tuesday with Leamington was unfortunate, conceding a late penalty when a win would have sat us in 7th and in the play-off zone.

“Teams in play-off contention still have to play each other so it’s all still to play for and an exciting finale is promised.

“AFC Fylde are cemented into a play-off spot, as you would expect with a big squad and given the financial backing they receive, and will come to Haig Avenue in good form with just one defeat, a surprising one, 1-0 away at Gloucester City, in their last 8 matches.

“Our only previous league meeting saw our visitors come out on top 2-1 in a feisty affair earlier this season which saw the home side playing with ten men and very strong claims for a late goal for Southport waved away.”

Matchday referee will be Richard Holmes.