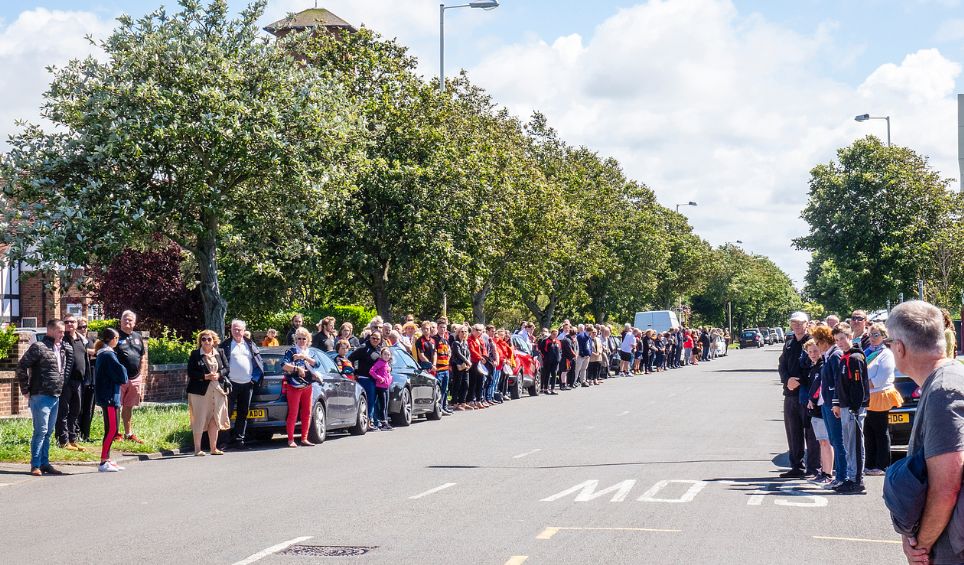 Crowds of people lined the streets today to pay their tributes to a man who gave so much to local sport in Southport.

Dozens of players and supporters of Southport Rugby Football Club were out in force to pay an emotional farewell to Graham Ellis, who was President of the Club.

Graham died two weeks ago, aged 64. A funeral service to celebrate his life took place at West Lancashire Crematorium with wife, Anne, and his children Hugh, Megan and Jack all in attendance.

The venue would undoubtedly have been packed. But with social distancing rules in place due to coronavirus, many of those who knew Graham chose to pay their respects by forming a huge guard of honour along Waterloo Road, outside his beloved rugby club as the hearse drove past.

Southport Rugby player Oliver Brown said: “Never have I seen, nor do I expect to see again, a gathering like that; with the police supporting a temporary road closure for the procession of a truly great gentleman. It was a sight to behold and I saw you with your clenched hands holding back the emotion. You must be as proud as we were. Thinking of you and the children, Hugh, Megan & Jack. You can all be proud of the great man he was and cherish the memories.”

The club had invited players and supporters to line the pavements on Waterloo Road outside the club entrance, wearing club colours if possible, and give ‘Mr President’ a round of applause.

Photographer Angus Matheson, owner of Wainwright & Matheson Photography and a friend of Graham’s for many years, took pictures of the moving tribute.

The Ellis family said: “Thanks to everyone for your wishes and messages of support.

Earlier this week players completed their virtual fundraising expedition to the ‘South Pole’ by collectively running, walking, swimming and cycling the 16,000km distance between Southport and the Southport Pole, smashing their initial £16,000 target along the way.

Colin Toohey, who is masterminding The Ellis Exhibition, said: “We have reached the South Pole, now we are going to circumnavigate the globe and then on the last leg, race from the South Pole back to Southport.

“That is the kind of man that Graham was, to have inspired that level of support among so many. 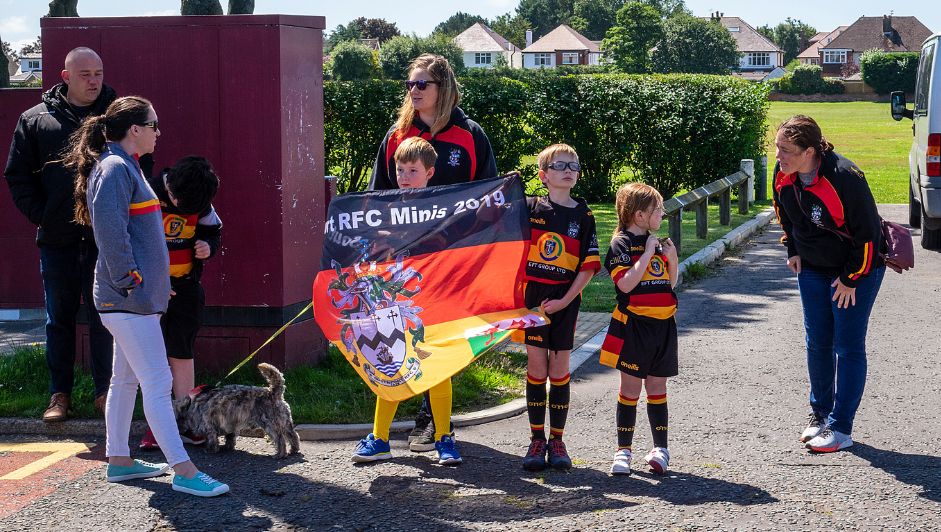