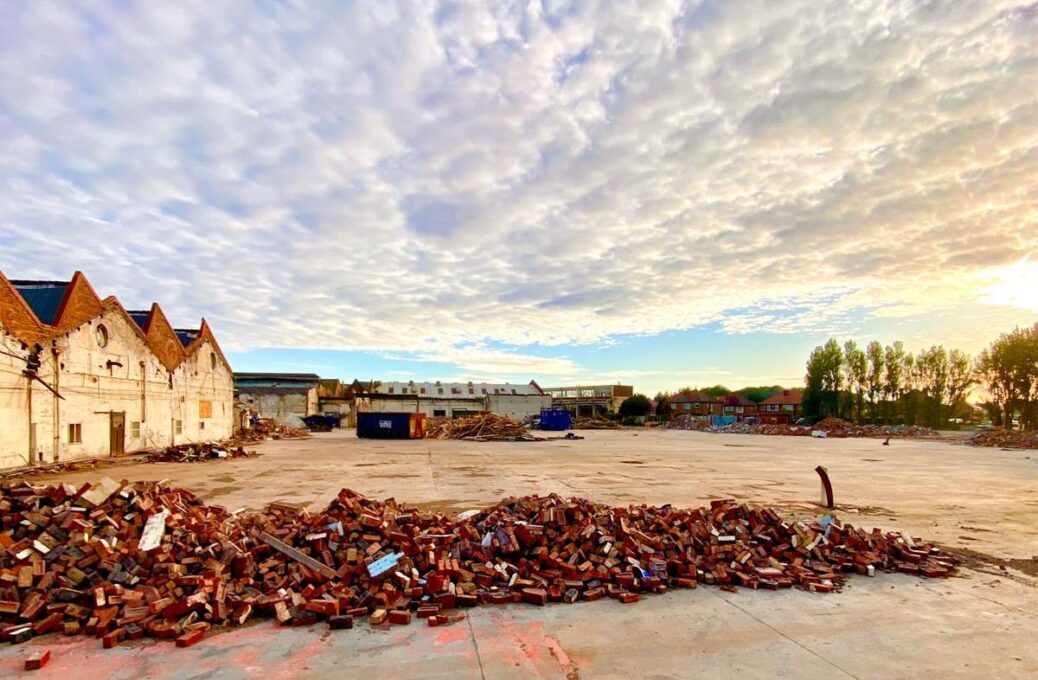 A substantial part of Southport’s history is nearly gone.

Many things have shut down during the Coronavirus outbreak. But not demolition work at the former Philips factory and other factories which once stood on Balmoral Drive and Rufford Road in Crossens.

DPI’s former base is now gone, with the firm and its 30+ employees now relocated to Skelmersdale. Brick buildings fronting Rufford Road have been gradually disappearing thanks to a small fleet of bulldozers.

Some of Britain’s earliest cars used to roll from a production line on the land.

Vulcan, a company which also constructed some of Britain’s earliest aeroplanes, was one of a number of thriving factories there.

The buildings have survived direct hits from Nazi bombers – and even the day a forklift driver saw his vehicle skid into a gas pipe! – but their days are finally numbered.

Read More: 31 reasons why we love Lord Street in Southport

Thousands of people have worked at the site over many decades, building all types of goods at factories including Vulcan, Mullards, Brockhouses, Dorman Smith, and Philips.

The former factories are making way for dozens of new homes.

Contractors working for Elan Homes Ltd are busy clearing the land ahead of building 157 two, three or four bedroom homes in addition to 6,000 square metres of new public open space. Work is expected to be completed within the next two years.

The changing landscape is symptomatic of life across Britain.

We used to be a nation built on manufacturing. Towns were dominated by huge factories and giant mills. Men, women and children in their thousands clocked on and then clocked off to earn a wage in scenes captured perfectly by artists such as LS Lowry. 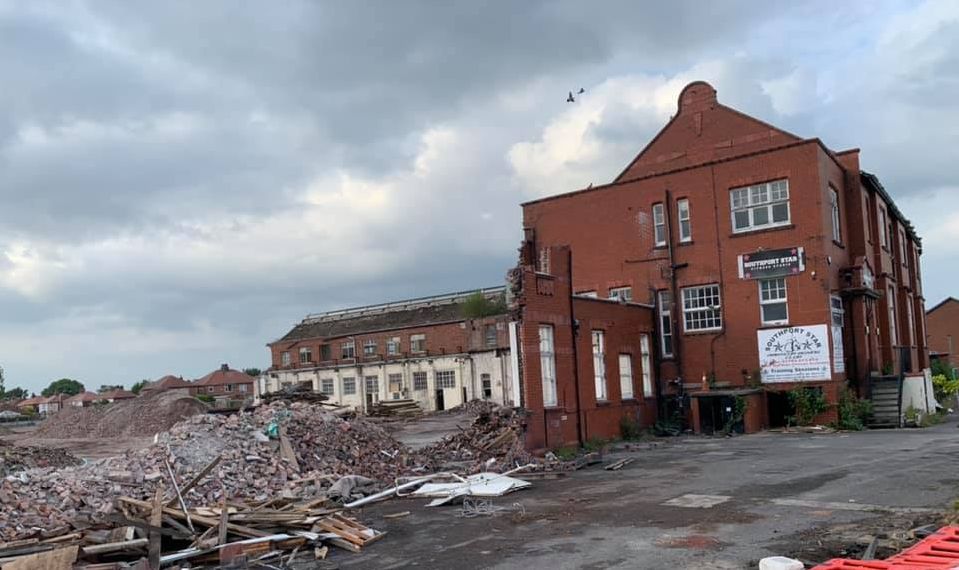 In the past 30 years, the UK’s manufacturing sector has shrunk by two-thirds,as economic modernisation took place. Nearly seven million people worked in manufacturing in 1979, as the sector accounted for 30% of Britain’s national income. How times have changed.

Southport resident Stuart Isenberg said: “My late father, a production engineer, worked at the Brockhouse factory for more than 10 years shortly after completing his apprenticeship at Hornby Dublo / Meccano in Binns Lane, Liverpool.

“The factory was the former Vulcan Car Company’s manufacturing centre, the third premises they had owned after starting business in 1902.

“Later the Brockhouse factory became home to such manufacturers, amongst others, as ICT, Dorman Smith, The Book Centre, Mullard, Philips and, on the Balmoral Drive side, a computer components outlet.”

In 1937, two years before the outbreak of World War II, J Brockhouse & Co bought Southport’s Vulcan Motor and Engineering Co. In 1938 Vulcan Works was renamed Brockhouse Engineering (Southport). During the war, the factory was used for the production of aircraft gun turrets and other munitions work. 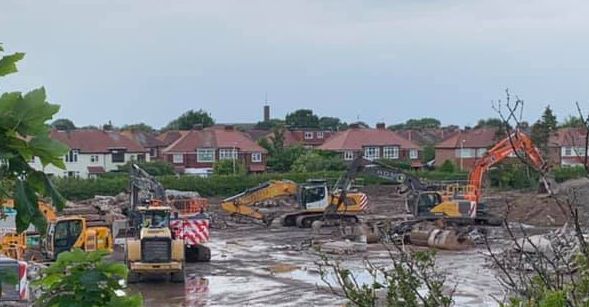 Patricia Yates said: “My Mum worked there during the war as a young woman! She recovered pilots’ seats from airplanes with fresh leather after they were shot up! God love her!”

Ralph Butler said: “My Dad worked there (during the war) before he was called up. One lad was killed (during a bombing raid). He had stayed behind to finish off a job. They found an unexploded bomb too which the bomb squad defused. I believe the chippy over the road was hit too.”

Maureen Doyle said: “I remember waiting at the gates outside Brockhouse on a Friday with my Grandma. We were meeting my Grandad. It was payday and Grandma didn’t want him getting off the bus in town and going to the pub or what was the bookies in those days. My Dad also worked there as a fitter during the war years.” 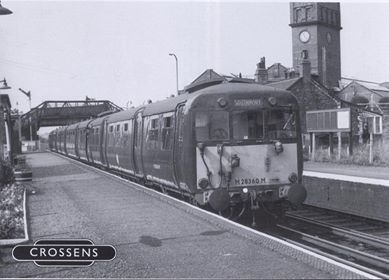 Other factories on the land included Philips.

Tracy Mallon said: “My Dad, Tony Mallon, worked there most of his adult life. He was one of the last shift workers to leave when it closed down. He was a kiln operator firing the yoke rings that went into the old televisions.

“I remember when I was around five or six years old he told me and my brother ‘I’ve seen the plans and in a few years TVs will be so thin they will hang on walls like pictures’.

“I remember me and my brother laughing thinking he was nuts like a TV was ever going to hang on a wall like a picture when they were so big and heavy! That was back in the early 1980s.

“They used to have social events as well. Every Christmas all the factory workers’ children were taken to see the panto at Southport Floral Hall, followed by Christmas dinner there and a meet-and-greet with the stars of the show!

“I always remember Dad’s blue work overalls and everything would be tarnished with pink dust from the kilns. The factory used to have to pay the local caravan site to clean all their caravans as they turned them pink with the smoke from the kilns.

“Dad worked there from the start of 1974 to 2004 – at the end operations all transferred mostly to Poland.

“Dad nearly blew up the factory once!”

Tony Mallon said: “There nearly wasn’t a factory after I hit the flexible gas pipe with my forklift when the rollers skidded, set the alarms off and fire brigade came out!

“I once got trapped in the hopper in the ball mill, I nearly got minced with the ball bearings. 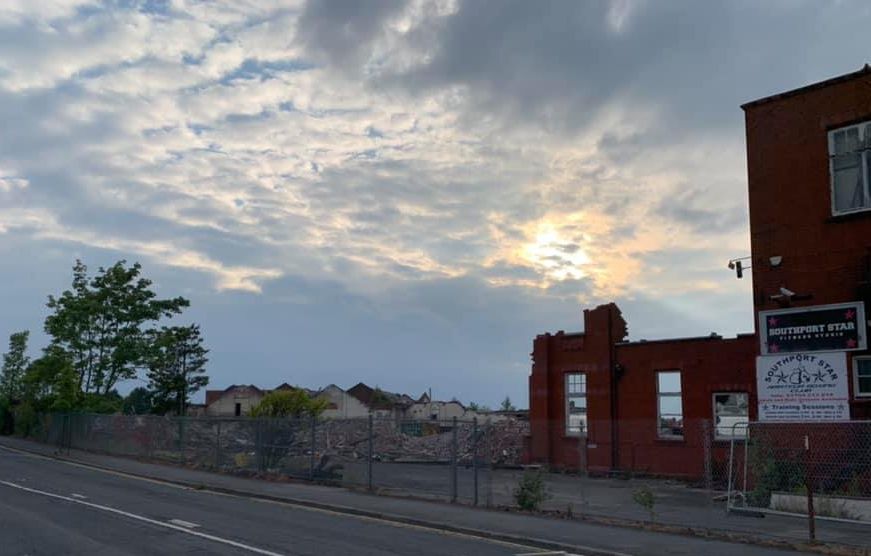 “I also used to keep my pies warm in the kiln. I was in the last shift to leave, they closed the factory gate behind me and the lads. A very sad day.

“It was 2002 when it went to Poland. Just a handful of us were kept on until the official

closure in 2004. No production was going on, we were just taking the factory to pieces.

“It was said that there was a ghost upstairs in offices.”

Kate Ashcroft said: “My late husband worked for Mullards, Philips and then Crumax in the kiln department. He was also in the gate house for a spell and said he had heard footsteps when doing his checks.”

Mike Hulme said: “I worked there when Quantum Microponents had their computer factory in a small section at the Balmoral Drive side. Huge chunks of it were empty then. I remember having a sneaky wander about and someone showing me some fancy oak-panelled offices. By that stage the roof was leaking in the main corridors. I’m amazed it’s still standing now!”

Andrew Lythgoe said: “So sad that it’s not a production site any more. It has given Southport thousands of jobs over the years.

“I think virtually every person born in Southport has had a relative or friend that worked at somewhere like Mullards or Dorman Smith.”