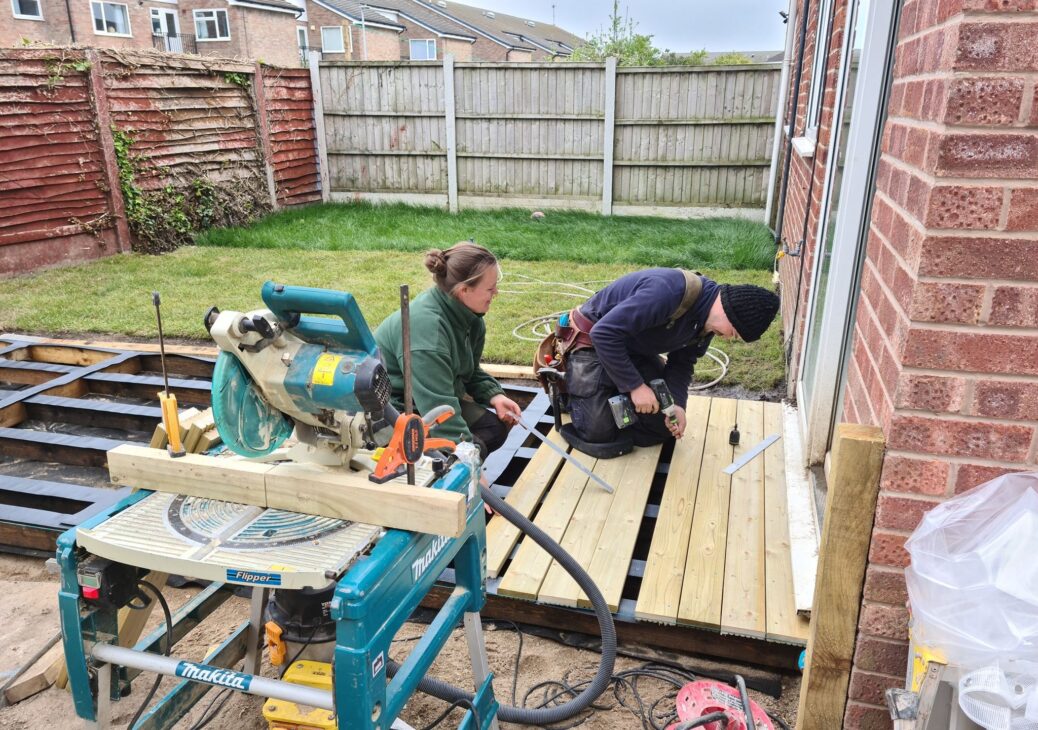 A Southport firm has been praised for performing a garden rescue for a local family.

Jake and Abbey Fox, who own Great British Green Builds Ltd, were determined to help out after seeing an appeal to help Formby Mum Dee Talbot, who has a daughter with Down’s Syndrome.

Dee, 48, had paid out over £3,500 to a contractor to transform her garden as a sensory aid for her 13-year-old daughter Kiera – but was horrified with the results.

Dee also has another daughter, Sophie, aged 14, and a  son, 24-year-old Cameron, who is a  carer at Woodlands Lodge.

Jake and Abbey have now stepped in to restore the garden free of charge after they saw an appeal for help which was posted on Facebook by a friend of Dee’s, Caroline Cove.

Caroline said: “I’m a big believer in the Pay it Forward way of thinking, and the whole ethos of helping people with no expectation or need of return.

“I met a husband and wife team who clearly think the same.

“Jake and Abbey from Great British Green Builds Ltd heard about the plight of Dee Talbot. She was left thousands of pounds out of pocket, and with an unusable back garden after tradesmen left her with a mess where her decking was supposed to be.

“The garden and decking were all designed as sensory aids for Dee’s daughter, who has Down’s Syndrome, but she was left with an unsafe space that nobody could use. 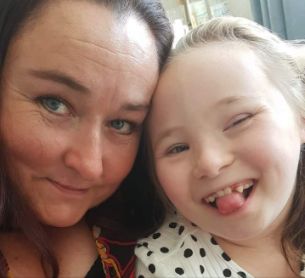 “Jake and Abbey put back another paid job, and started work, removing the wonky framework and unsafe pergola, and started to completely rebuild from scratch – free of charge.

“After I shared Dee’s predicament a large number of people offered advice, practical help and even donations, so never lose sight of the fact that there are decent people in the world.

“If you need any building work done please consider using this firm, as they clearly do care about their customers, and are keen to help even when it’s not their problem.”

Dee Talbot said: “My daughter has Down’s Syndrome and they are giving her her garden back – I am extremely overwhelmed.”

Jake and Abbey Fox run Great British Green Builds Ltd, which is based in Southport and operates across the North West. 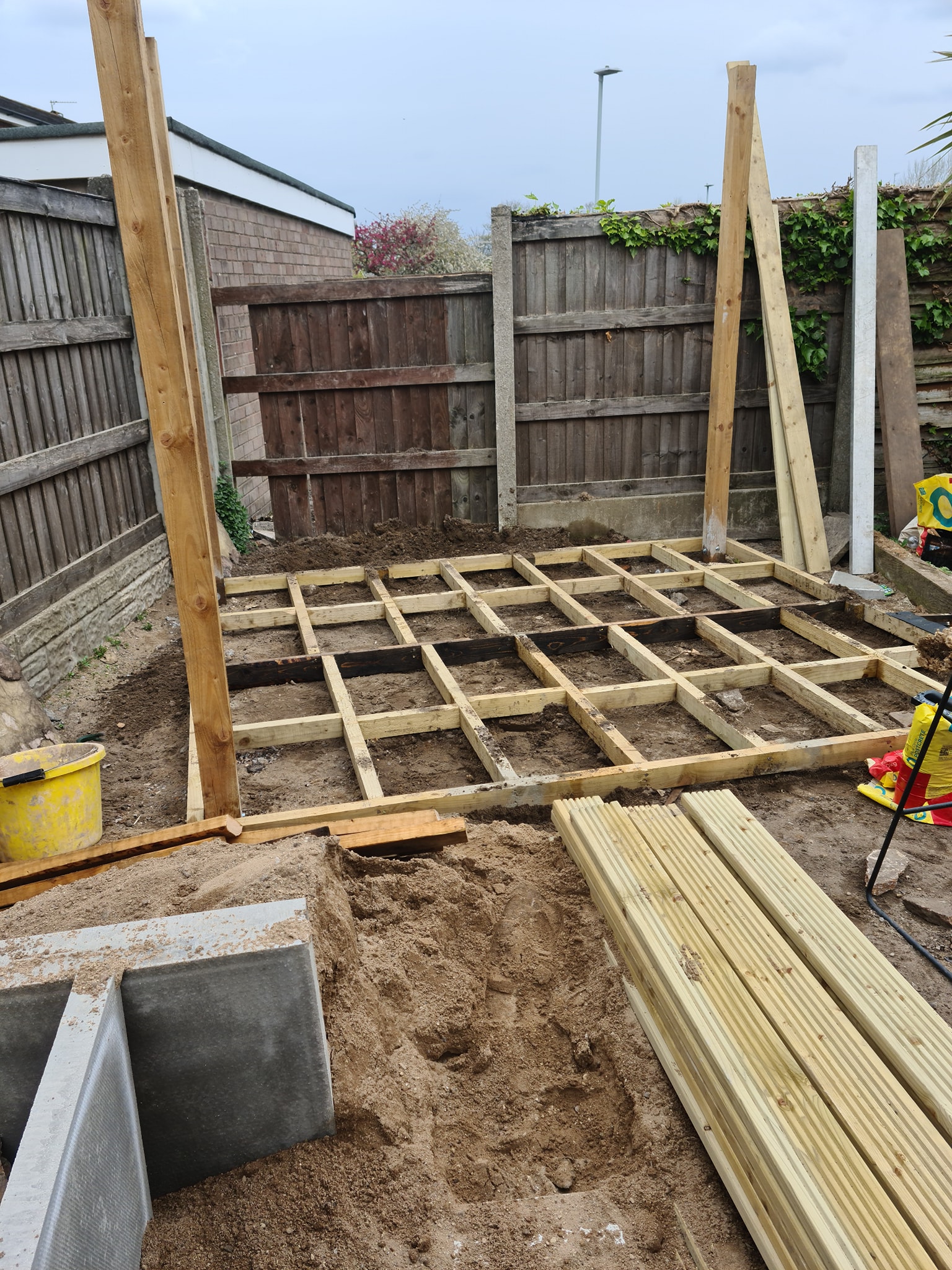 Jake and Abbey Fox, who own Great British Green Builds Ltd, have helped to restore the garden owned by Dee Talbot and her children

Jake Fox said: “I woke up one morning and saw the appeal on Facebook, saying that Dee had been left with unusable decking. Her friends were all rallying around to help her.

“We decided we wanted to help because it was absolutely horrendous. We didn’t want to charge anything – it would cost more to put everything right than it would to do the garden in the first place.

“The contractors who did the initial work left Dee’s garden in an absolute state.

“I walked into it and was stunned it had been left the way it was. I almost cried when I saw it.

“Nothing was square, nothing was level, the decking was upside down.”

Jake and Abbey have received huge praise for riding to Dee’s rescue, but are uncomfortable with the attention. They wanted to do the work quietly and slip away, but Dee and Caroline were determined to ensure the couple received the recognition they deserve.

“Jake said: “We are slightly uncomfortable with the publicity. We just wanted to do the work and slide off without anyone knowing.

“We just wanted to do a nice deed for someone who needed help.”